The Gorge Road Trails are on a yearly lease until they can find a new location, but that means that the trails are still up and running until that happens. A few guys from the U.K recently took a trip on down to Queenstown to spend some time getting in some laps! Check out what Tom Isted and crew threw down during an evening of BMX and MTB!

“An evening BMX and MTB session at the iconic Gorge Road trails in Queenstown, New Zealand.

Featuring the locals and guests, including Ryan Howard and Tom Isted, who dropped by before heading north for Crankworx.

Here’s a rad video we just spotted over on Can You Dig It from the jam that went down at The Woodyard the other weekend. As we’ve come to know, these trails are always looking amazing and it looks like the crew that turned out caught nothing but sunshine and good times during the session! Check out this highlight video that Get A BMX put together!

Music: The Only One – The Dolly Rocker Movement” 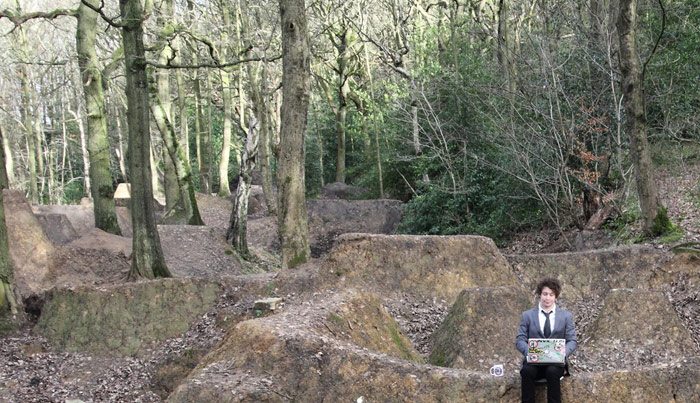 Have you ever considered starting a BMX website? Have you ever wondered what kind of work is involved? The ups and downs? Ins and outs? Well, the guys over at Get A BMX hit up myself, Jon Saunders at Can You Dig It and Chris Olivier at Plus Size BMX to talk a little bit about our history, just what it takes to run a BMX website and some advice. You can check it all out RIGHT HERE. Hopefully nobody thinks I’m a dick after this one, haha.
END_OF_DOCUMENT_TOKEN_TO_BE_REPLACED

We’re always pumped when some footage of Tom Justice and his incredible dreadlocks surfaces! Today, Get A BMX dropped this short but sweet BMX video of Tom throwing down at the Monkey Bumps trails a while back. This is one minute of flow and style! Enjoy!

END_OF_DOCUMENT_TOKEN_TO_BE_REPLACED

Milan Recknagel over at Get A BMX sent through his latest video from his summer cruising his local trails and skatepark! There’s no place like home!

“2015 wasn’t the best year for me, having spent half of it off injured, but that only made the fire burn stronger when I was able to throw a leg over. After a particularly intense winter/spring digging Monkey Bumps was better than ever with a bunch of new stuff to play on.
This video wasn’t exactly what I had planned, comprising of just one proper filming session which the rain cut short and a few end of session clips. But there is some guinea pigging footage to enjoy.
Thanks to Marco Wood-Bonelli who shot most the footage, as well as Joe Howard and my awesome girl Lisa Marsh for filming too. Thanks also to those who made the sessions this summer the best they’ve ever been, Invictus Bikes for supporting a trails guy who can’t do tricks, and Bike Rehab for helping me out more than often. Shout out also to the few who dug, especially my main spade brother Andrew Bilsboss Bilsborrow. Till next year!
Song: Poor Queen by Thee oh sees
getabmx.co.uk
facebook.com/getabmx
invictusbikes.com
bikerehab.co.uk”

END_OF_DOCUMENT_TOKEN_TO_BE_REPLACED

If you haven’t had enough Halloween fun yet, here’s a little more from this years PA Woods Halls of Weenies jam that went down at Catty Woods and Posh Trails a few weeks back courtesy of Get A BMX. Hit play for some great riding and plenty of laughs. This is what a good time looks like.

END_OF_DOCUMENT_TOKEN_TO_BE_REPLACED

Here’s one we spotted over on Can You Dig It for you to check out! The Get A BMX crew are going to be releasing their new video “Tables in Catalonia” in May and just dropped this trailer to get you psyched. Although this is primarily mountain bikes, there is a good mix of BMX in this one with a few familiar faces like Sergio Layos making an appearance. Regardless of the size of the wheels, this should be pretty sweet!

“In early March, 2015, a group of trails guys from England left their muddy boots for nine days of Catalonian trails.
Shot at La Poma, Lost, Euro Camp, Ricircus and Lloret. Big thanks to all the locals for letting us crash their spot!
Riders on the trip: Jonathan Faulkner, Milan Recknagel, Dave Camus, Joe Camus, Joe Howard, Andrew Bilsborrow, Matt Talbot and Chris Moonbay.
Also featuring Joan Francesc Giro Argemi, Joan Balmana, Andreu Lacondeguy, Sergio Layos and others.
Filmed by Milan Recknagel with additional footage shot by Dave Camus and Andrew Bilsborrow.
Sections then the full EP length video will be out over May.
Filmed on a Canon 60d with 10-22mm and 24-105mm lenses and Rode mic.”