Here’s some more footage from the trip to New Zealand Mike “Hucker” Clark and Anthony Napolitan took that we spotted over on Can You Dig It! This time around they hit up Gorge Road trails and you better believe things got wild!

“Mike Clark and Anthony Napolitan take a break from the concrete to go tear up the Gorge Road jump park in New Zealand. Mike “Hucker” Clark throws down an insane run of only 360s, earning his nickname in full. Check out their day at this epic BMX park!” – Red Bull 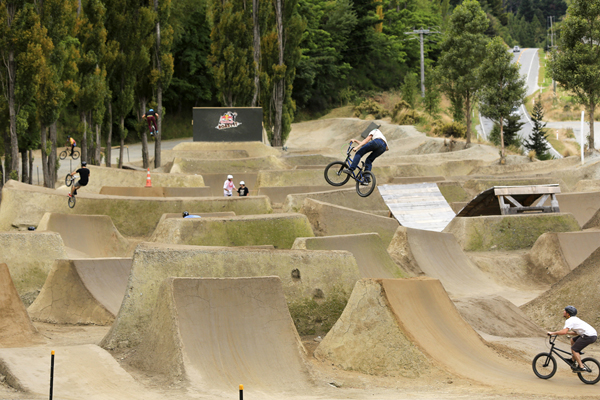 Queenstown, New Zealand: FULLY ALIVE! That would be the way I would describe that wonderland. Toss the Gorge Road Dirt Park into the mix, and it almost seems too good to be true. The Gorge is a work of art; and showing no lack of effort, the locals put in some SERIOUS shovel time. They were determined to have the place “Tire Trackless” for the Roast Event.
This is a gallery of images from a few sessions on the days leading up to the Roast. It was a chore to put the bike down and shoot photos because the riding vibe was so rad. With riders from all over the world at one hell of a spot, how could it not be?

Check out all 14 photos in this new photogallery! 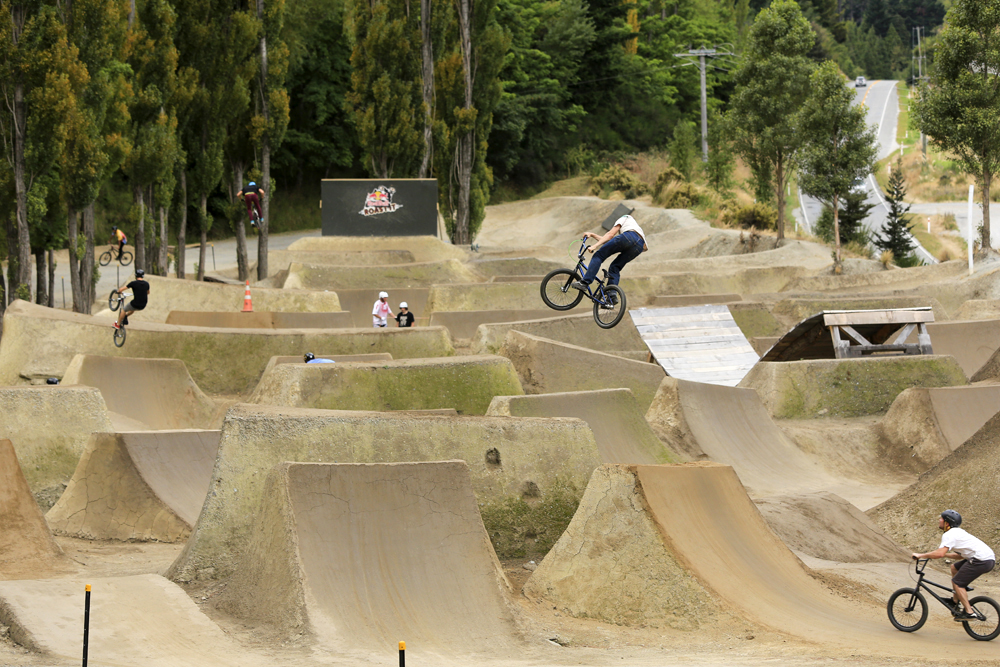 All photos and captions by Ted Van Orman

Scott Matual was the oldest guy riding the Gorge, but you would have never known. Blazing the trail on his S&M Holmes 22, every chance he could get! NW represent.

I thought the official edit from Red Bull Roast It dropped last week, but the video wasn’t quite as impressive as their usual videos are…. Turns out that was just a teaser because THIS is the official video and it’s definitely up to the standard I’m used to for these guys. Check out what went down at Roast It the other weekend already!

“Over 2,000 spectators flocked into Gorge Road Jump Park for the second Red Bull Roast It competition. Forty five riders from around the globe all vied for the top honours, treating the crowd to a BMX dirt-riding spectacle.”

Red Bull put together this video from the Roast It contest that went down in New Zealand last weekend for you guys to check out. Still just amazed by how crazy Gorge Road is, haha.

“Over 2,000 spectators flocked into Gorge Road Jump Park for the second Red Bull Roast It competition. Forty-five riders from around the globe all vied for the top honors, treating the crowd to a BMX dirt-riding spectacle. Check out the action from the event!