Just when you think you’re about to watch “just another video Bike Check“, you get a look at this new one from Scotty Cranmer and his new Hyper Wizard setup that changes the game. We’re just going to let you hit play and take in the surprise, but it’s safe to say Scotty nailed this one. Check it!

“I decided to make a Bike Check video because a lot of people were asking for it! I just got the new Hyper Wizard and I love it! The color, the feel, its seriously an awesome bike for all different kinds of riding! This video has been a work in progress for a few weeks now and im glad I can finally put it up! We had a blast filming this! Especially the part where I get to hit Big Boy in the face!”

END_OF_DOCUMENT_TOKEN_TO_BE_REPLACED

Let the surprising sponsor news continue! Harry Main has decided to quit riding for Hyper BMX! Check out this video where Harry makes the announcement and says thanks for the support. It sounds like Harry has a brand new sponsor in the works and we’ll be finding out just who that is in the next few days!

Update: As we assumed since Hyper and Snafu are owned by the same people, Harry is also off Snafu as a parts sponsor.

Who do you think Harry is going to be riding for next? Let us know in the comments!

END_OF_DOCUMENT_TOKEN_TO_BE_REPLACED

Hyper dropped their first “Home Turf” video that followed Scotty Cranmer around some of his local spots in New Jersey from his house to the Hyper Compound, an outdoor park and The Incline Club. Watch as Scotty, Matty Cranmer, Ryan Guettler, Eddie Rovi and a few others throw down all along the way. Other than the rippling from them forgetting to de-interlace the video throughout the entire video, this is real good watch! Check it!

“The crazy thing is this was all filmed in one day!

At 9am the team meets up with Scotty Cranmer at his home in New Jersey.
Watch Scotty show the Hyper team mates his hometown of Jackson NJ.
We take a tour of his bike shop SC action sports store and end the night at his skate park THE INCLINE CLUB.

Comment Below on which team rider you would like to see next?
Australia with Ryan Guettler or Logan Martin ?
California with James Foster?”

END_OF_DOCUMENT_TOKEN_TO_BE_REPLACED

Scotty Cranmer has been on fire with these BMX videos lately. We missed a few because he’s been hitting it so hard. The other day he dropped this new video giving us a look at the build up of his new bike, which includes his new signature frame from Hyper called the “C2”. Scotty starts this one off by explaining all of the details and information on the frame, which was made right here in the U.S.A by Mike Laird, then he proceeds to take us through the rest of the bike until it’s completely dialed in. Looks like a dialed BMX bike to us! What do you think?

“I just got the newest version of my Hper Bicycles signature frame called the C2! The frame is awesome and it is made in the USA! In this video I go over all the specs and I show you how I build up my bike! The frames are available now at www.hyperbicycles.com so head over to the site and order yours!”

END_OF_DOCUMENT_TOKEN_TO_BE_REPLACED 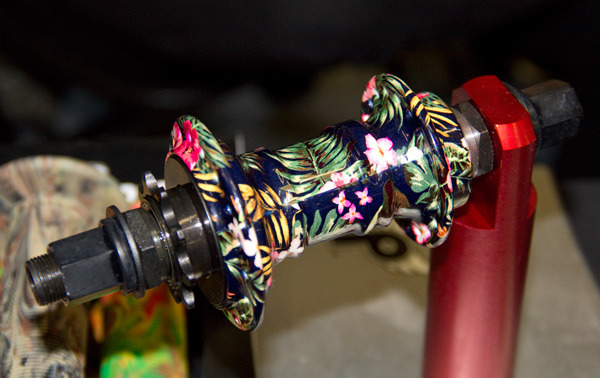 There’s no denying that BMX has seen A LOT of color over the years and we have seen just about every color under the sun from bright florescent colors to 50 shades of black to some shiny and matte colors and as of late, wraps that are looking pretty rad as well! The past few months we have seen some interesting color options from brands like Odyssey, The Shadow Conspiracy, Tree Bicycle Co., Demolition Parts, Madera and Profile Racing that have been getting a lot of love. We figured it would be fun to see just what color takes the top spot at the moment, so here are some examples of these new colors. We want to know what you think!

END_OF_DOCUMENT_TOKEN_TO_BE_REPLACED

Harry Main just dropped this video and a bike check up on his new website giving you a closer look at his 2015 Hyper Mainiac setup that he’s running! Get a look at the bike up above, then click here for photos and a full parts list! Looks slick!

END_OF_DOCUMENT_TOKEN_TO_BE_REPLACED

Take a closer look at Ryan Guettler’s current setup along with some dialed riding clips mixed in for good measure!

“Shortly after joining the Hyper / Snafu squad, Ryan Guettler built up a new ride with all of their best stuff. Take an inside look and watch Ryan shred some SoCal spots right here. Credit: Brandon Means”