James Cox is one of the best in the business and it’s clear why. Here’s his latest video that was 14 months in the making. It’s not directly BMX related, but it’s still really impressive. After you check it out, head over to The Albion‘s site to check out a Q&A with him about the video.

“Edna St. Vincent Millay: “It is not true that life is one damn thing after another…It’s the same damn thing over & over.”

After 14 months, I’ve finally finished this short video which I’ve named Over & Over. The idea behind it was to film brief moments of my life for at least a year to highlight both the variety and repetitiveness of a person’s everyday routine. The video was shot between the dates of 9th Jan 2011 and 26th March 2012 and cut in chronological order.

More of my work can be found here:

When I saw the name, I though there was going to be a new Standard video dropping which would have been pretty cool. I quickly realized it’s actually a new video that Fit‘s Marv is putting together. Here’s a quick promo for the video that will feature Dan Benson, Tom Curtin, Timeel Lewis, James Singam, Marv, James Cox, Dan Cox, James Newrick and Jon Gorrigan with cameos from the HHH.

The video will premiere at The Stags Head in London tomorrow (the 21st) and will be on sale at StandardProcedure.bigcartel.com. 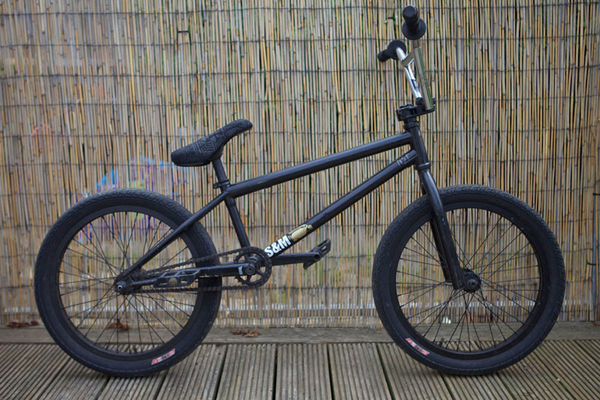 Hit up the 4Down site to see what James Cox is riding these days.

Support the artist and buy the song here:
iTunes