This has a little bit of something for everyone in it.

“Crooked World BMX brings you a scene report from the northern part of SoCal, with a glimpse of everything from street spots to skate parks to dirt jumps. Featuring Colby Raha, Jeff Cadger, Corbin Yoder, Chris Hughes, Tristan Darling, and Glen Girbovan.” – Network A 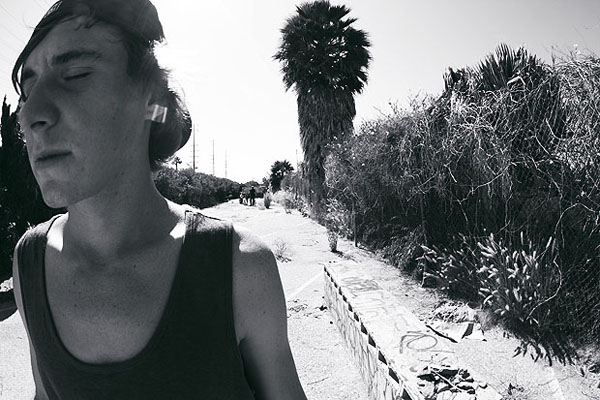 It looks like Jeff Cadger is no longer riding for Tempered. Here’s a few words from the owner Mat Lawton about the news…

“Good friend to us all, Jeff Cadger, has decided to move on and will no longer be riding for us. I can’t thank Jeff enough for all his time and support towards Tempered and the crew. We all wish you the best of luck for the future brother.”

I have heard from a source where Jeff has a new sponsor lined up, but I’m going to wait until it’s official to announce it.

Daniel Martinez and Jeff Cadger have been on fire lately!

“Two of the hottest young street riders in Los Angeles completely kill a concrete park that is almost always locked up. If you haven’t taken notice of these two yet, now is the time. These dudes are the future. Credit: Miles Rogoish”

Oh hell yeah! About time Tempered dropped this. You are going to want to hit play… right now!

“Jerry Vandervalk, Nick Kajewski, Jeff Cadger, Brian Histand and Mat Lawton all flew over to Los Angeles back in September to spend a few weeks on the road, with no real plans other than to have as much fun as possible and ride whatever we could, whenever we could. We spent a week riding around Cali before heading up to Vegas for Interbike. We filmed everything a long the way and this is the end result from 2 weeks on the road with a bunch of rats. It might be a little overdue, but it’s better late than never..
I can’t thank everyone we met a long the way enough for showing us such an awesome time. Shout outs to Jerry and Nick for hauling ass in the van everyday, Juicy, Tommy Blanco, Daniel Martinez, Ron B, Mike J, Brien K and all the Sparkys crew Chris H, Scott G and the Triplesix crew plus a lot more, you all know who you are, see you all again this year!

Edited by Mike Vockenson.
Filmed by the Tempered crew.”

“Los Angeles based videographer and photographer Tommy Blanco returns with a new mix section from the 49th Street and Vermont skate plaza in Los Angeles, featuring Daniel Martinez, Justin Burns, Jackson Ratima and Jeff Cadger. Considering the end of Cardinal Bikes, and the lines that Jackson Ratima does in this section, prospective bike sponsors may want to pay attention to Jackson’s riding in the above video. Personally I wouldn’t mind seeing him on the Skavenger team, but that’s just me. Video by Tommy Blanco.” – ESPN

ESPN dropped this new video of Daniel Martinez, Justin Burns, Jackson Ratima and Jeff Cadger getting some riding time in at the 49th Street and Vermont skatepark in Los Angeles. Do I really need to say more? All of these guys kill it! Check it out.

Jeff Cadger is the man! Definitely check out this edit.

“Tempered Bikes and new ODI team member Jeff Cadger recently made the move back to Los Angeles after getting surgery on his shoulder in his home state of Nebraska. As soon as he got settled in, he called me up and wanted to bang out all the clips that he wanted to do when he was living out here last time. The beast that Jeff is, he kept it going all day and into the night with a few breaks in between to check out the MOCA museum and some street life in downtown. At the end out the day, we saw some interesting things, had some laughs and got some killer clips. Music by Lightouts, “Only The Smart Ones”” – Tommy Blanco / ESPN