This is rad. Ben Gea, Gervais Rousseau, David Barrere and John Garcia came across a hidden gem out in Southern France and spent a day cleaning it up and riding. Full pipes aren’t always the easiest thing to come across, but it looks like these guys enjoy the one they found!

Filmed and edited by John Garcia

END_OF_DOCUMENT_TOKEN_TO_BE_REPLACED

Goods times with good people is what BMX is about (for a lot of us anyway), and that’s also what “No Way Back” is about as well. Here’s the official word:

“More than a film, more than a road trip or a cool web edit, No Way Back is primarily a friends experience through some of the best Oregon bmx playgrounds. Without any vainglory, John did this movie for the souvenir. 9 minutes of good times with some of the best french dudes. Enjoy, and be the escape! Filmed & Edited by John Garcia.“- The Diggest

Every year, for the past few years, the Frenchys Distribution team have been getting together for a trip to film and shoot photos. This year, they loaded up their team which consists of a TON of heavy hitters and headed east to see what they could come up with. They dropped this 10 minute video from the trip along with a photogallery on Defgrip for you to take in everything that went down! Enjoy!

Can’t go wrong with a fresh edit from John Garcia! Check out 5 minutes of dialed BMX and skate action from a sweet cement park in France! 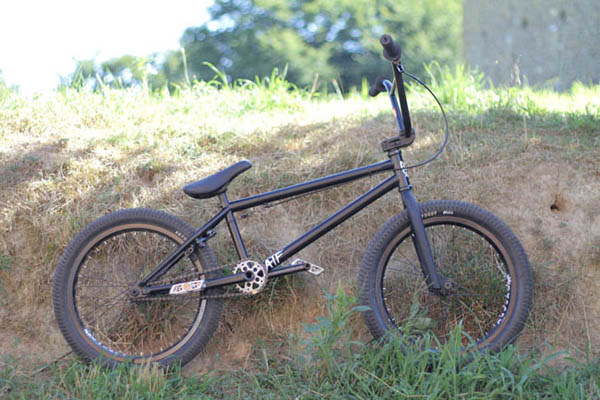 Head over to the Frenchys website for a closer look at John Garcia’s current S&M Bikes setup! That’s what I call one clean looking unit!

Ben Gea and John Garcia brought a little kicker ramp out into the streets and had some fun for their latest Almond edit. They must have been really certain of how smooth that hill was before doing the last clip. One little hole or a medium/big rock and it would have been trouble!

Now this is real good. Figure BMX Magazine dropped this new edit of Cult‘s Ben Gea putting in work on a bunch of street spots and a sweet looking park. This guy is smooth as butter and always comes through with some awesome riding, so you should know this video is one to watch. Check it!

Filmed and edited by by John Garcia