Julian Molina might have lost a leg in an accident, but that doesn’t keep him from pushing himself and throwing down on his BMX Bike!

We have been a big fan of Julian Molina for a few years now. After first seeing that he was still out riding despite the fact that he lost his leg in an accident with a bus, we have been beyond blown away by his resilience and just how much he shreds on a bike. This video that Red Bull released is a bit of a bio on him, along with a look at some AMAZING riding footage from street spots and dirt jumps. It looks like Julian has continued to progress and expand his tricks since his last video “The Body Never Surrenders”. Check this out and make sure to pass it along. This is too good not to share. 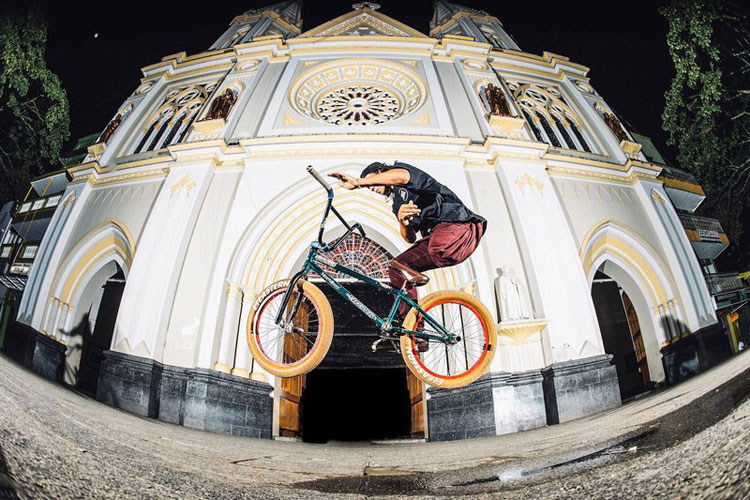 After you check out the video above, check out a full story and a ton of great photos over on the Red Bull website like the one above!

It’s always amazing seeing footage of Julian David Molina. Despite his missing leg, he loves to ride BMX and makes it work! Up until now, we really didn’t know his story, but this video actually answers a lot of questions like how he lost his leg, what got him into BMX and more! This is proof that if you want something, there’s no stopping you!

END_OF_DOCUMENT_TOKEN_TO_BE_REPLACED

Julian David Molina is back with a fresh new edit and it looks like he has been keeping the progression going! It’s still mind blowing that he’s able to do all this with just one leg. Keep it up, Julian!!!

I got nothing but respect for this kid. Julian David Molina has one leg along with a beat up bike and that hasn’t stopped him from throwing down on a bike. Check out this quick video showing you he’s not scared to send it!