Random from Latane Coghill on Vimeo.

Kenny Horton has been busy putting his new signature frame from FBM, The Orphan, to the test to make sure it’ll hold up through hell and back! Check out this fresh video to take a look at it getting taken through the paces! 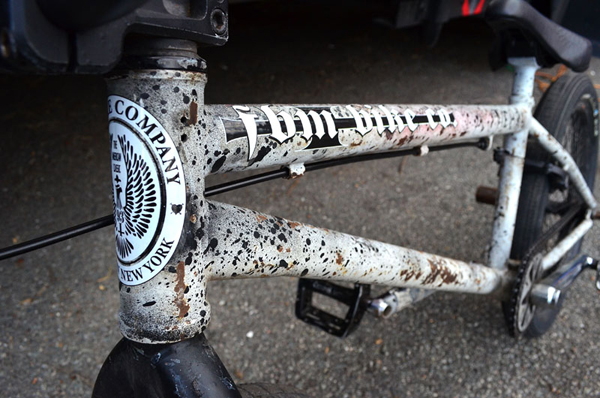 It looks like Kenny Horton is getting a signature frame from FBM that he’s calling the Orphan! Head over to the QBMX website to get a closer look at this dialed unit!

Uh oh… FBM gave Kenny Horton a camera again… Check out the 4 and a halfith edition of the Shit Show that features some riding, a lot of crazy people, funny shit, people drinking, chicks fighting and more. This is 14 minutes of footage you won’t be able to stop watching once you hit play.

Disclaimer, this is funny and can be abrasive to some sensitive viewers.

Over the weekend, FBM threw two jams in Richmond, Virginia. Check out this video giving you a look at all of the good times and awesome riding that went down at the Lost Bowl and Bike Lot. This is one place I wish I was for sure.

Steve Crandall decided to put together some of his favorite footage of Kenny Horton putting his pegs to work for this new FBM edit. There’s a ton of beastly footage in this so hit that play button and enjoy!

“These were some rail clips I had on the computer, I decided to re-up some of my favorites…. Most of these were filmed by Latane Coghill, and seen in various web edits, and in the FBM DVD Thousand Yard Stare.”

Not sure how I missed this until now, but check out this rad video from the FBM trip down to Florida for the Banned Jam a few weeks back.

Oh hell yeah. We’ve got a treat for you guys today. FBM hooked it up with this new video they put together from the Mekos Jam that went down last weekend. The jam, which was organized by Craig Welch along with some of the Mekos locals, and sponsored by the Bump Jump crew and FBM was nothing short of a good time from all the riders that turned out, to the pizza, partying and antics that went down in the parking lot. Overall, this looks like it was one hell of a good time.