Brant Moore dropped a new Talking BMX live stream interview. This time around he sits down with one of Albe’s BMX owners Mark Flipowicz to talk about the history of the shop, how he ended up becoming an owner, how crazy things have gone since Covid hit, riding and much, much more! Flip is such a rad guy and has so many insights and cool stories. This is definitely worth checking out!

There has been no shortage of rad Podcasts to check out and it looks like we have a new one to enjoy. Mark Flipowicz, the owner of Albe’s BMX sat down for an interview on The Drop In Podcast. It appears to be more of a skate based podcast, but this one definitely focuses in on BMX and the shop. Flip is a super rad guy and he has a TON of wild stories, and this is a super good listen. Hit play and take it all in!

“Garold is joined this week on The Drop In by special guest, BMX rider, Mark Filipowicz! The two discuss never giving up on your dreams and goals. Mark shares how he became a BMX rider, and how he became the owner of Albe’s.”

The Friends section from “The Michigan Video II” now online…

Here’s another section from “The Michigan Video II” courtesy of Albe’s! This time around we get a mix of familiar faces and a few new ones getting down on street spots, ramps and more. This has a good mix of tricks, styles and spots, keeping things interesting from start to finish. There’s even a little bit of behind the scenes footage from that time Tyler Fernengel rode the Silverdome. Take a peek!

Props dug deep into their archives for the old Detroit Scene Report for Issue 35 for you guys to check out! This is 6 minutes of gold!

“Filmed by Ohio’s Afro Pat in the fall of 2000, we took a look at the scene in and around Detroit, Michigan in Issue 35. We asked Albe’s Mailorder co-owner, TM, and long-time Michigan rider/scenester Mark Flipowicz to take us back. Thanks Flip!” – Props

I completely forgot that Redline put out a DVD this summer. Here’s the full video plus some extras from the teams trip to Texas they took this past summer. It’s a bummer knowing half these guys won’t be riding for them next year because they definitely had a good thing going…

“This is the extended DVD footage from the Redline Texas Tour edit that was released in the summer. The 2013 Redline Team headed to Texas this spring, hitting spots in Dallas, Austin and San Antonio. Check out clips of Brandon Dosch, Tyler Fernengel, Josh Hult, Zack Gerber, Glenn Salyers, Brandon Christie and Flip.” 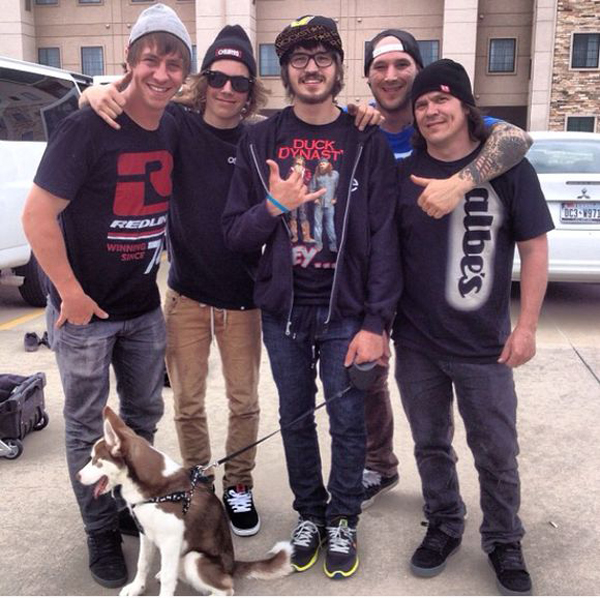 We first caught wind of some changes coming to Redline last week in an interview we dropped with Zack Gerber, but there was no official word from Redline… Until now. Today we have words from team manager, Mark “Flip” Flipowicz and Redline’s Marketing Manager, Dirk Sorenson, explaining the changes. Take a peek at what both guys had to say below…

“In the past 2 and a half years I worked hard to help Redline form a team I was proud of. I worked with the current riders at the time such as Brandon Dosch, Josh Hult and Brandon Christie. I then brought in new blood like Zack Gerber, Glenn Salyers and wiz kid Tyler Fernengel to round out what was one of the most diverse and talented teams in BMX. In that time frame together we went on some amazing trips, won an X-Games medal, made the cover of several magazines, produced web edits with view counts totaling over 1/4 million, got tons of web and magazine coverage, ran amuck at this years Texas Toast, turned a lot of people’s opinion of the brand around and most of all just had a damn good time.

However it looks like our momentum has come to an end.

Redline has decided to make some changes so I am no longer going to be part of the brand. I’d like to thank Redline and all my teammates for 2 stellar years of good times and great memories. I wish the brand, the team and everyone at Redline Bikes the best if Luck in the future.” – Mark Flipowicz

“Rumors and speculation about Redline’s future in freestyle BMX have been running rampant. This morning, I caught up with Dirk Sorenson, Redline Marketing Manager, to get the official word. Here are the key points I took away from our conversation –

– Redline is absolutely not shying away from BMX.
– Though their freestyle team is getting smaller, they will be spending more money on the remaining riders and on projects.
– They are not cutting their line of BMX bikes and will likely be expanding it in the near future.
– Mark “Flip” Filipowicz will no longer be the freestyle team manager.
– They will not be re-signing Zack Gerber, Brandon Christie, or Glenn Salyers.
– They are currently working on re-signing Tyler Fernengel, Brandon Dosch, and Josh Hult.
– Josh Hult’s potential role with the brand is much larger and will involve him traveling and riding a lot more often and in a lot more places.
– It is possible that they will add another rider (or other riders) soon.
That’s that. Anything you’ve heard beyond this is false.
Big thanks to Dirk at Redline for giving us this update. Keep watching their site to see new stuff.” – Vital BMX