Geneva recently got themselves a hell of a brand new bowl. They brought in Kevin Kalkoff, Ruben Alcantara, Matt Roe and Stefan Lantschner to help break it in at the grand opening. Check out the riding the guys got in. This place looks amazing!

Fly‘s lee Turner had some extra footage from Matt Roe’s welcome edit, so he decided to put it together with the actual welcome edit, so check this out one more time and then see some fresh footage you haven’t seen starting at the 2:22 mark!

“As you might have already seen, we released the Matt Roe welcome edit last week, Here it is again with a few little extra park footage we shot when the weather turned on us.
Flybikes videographer Lee Turner got to hang out with Matt for a day to film his welcome edit. This video has a nice chilled vibe and looks like they were lucky enough to have the UK produce some nice weather.”

Over the last few months, I spent some time compiling weekly lists of the top BMX videos to drop for Network A. It was a good opportunity for me to go back and review all of the videos that dropped each week.
I’m not sure if you are aware of it, but the Daily Section gets updated a few times a day which generally ends up being around 30 new posts with the latest videos, products, news and what not every single day. In a given week, there are around 210 new posts (probably a lot more than that actually) which means one thing… A lot of really good videos get missed since I highly doubt you are spending as much time as I am going through all the new stuff popping up. I hope not at least.

Since the job with Network A ended (two months longer than originally planned), I’ve been thinking it would be cool to do a recap of my own each week to give some shine to the videos that turned out awesome and were quickly buried under all the new posts. So, here we have it. The first round of Hangover, a look back at the wild party we call a week. This should become the new Sunday tradition, so let’s give this a go!
END_OF_DOCUMENT_TOKEN_TO_BE_REPLACED

Incase you missed the news the other day, Mutiny‘s Matt Roe is now riding Fly for his parts sponsor. Above is the official welcome edit that turned out phenomenal! So stoked on this. Check it!

“Flybikes videographer Lee Turner got to hang out with Matt for a day to film his welcome edit. This video has a nice chilled vibe and looks like they were lucky enough to have the UK produce some nice weather.
Song : “Shake Shake Shake” by Bronze Radio Return” 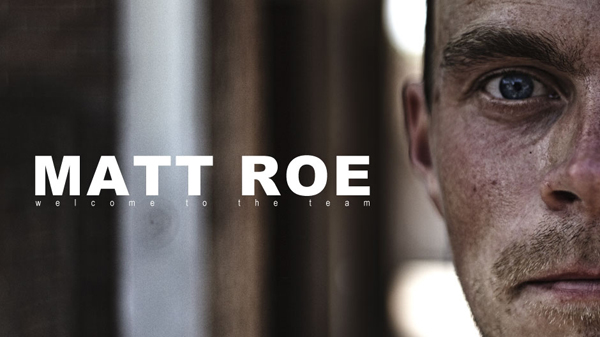 Mutiny‘s Matt Roe is now riding Fly Bikes parts! So he will be riding for Mutiny still. No worries there!

“We are happy to officially welcome Mutiny rider, Matt Roe to the Flybikes family. He will be an awesome edition to the team and we are excited to be working with Matt and Mutiny bikes. Matt’s welcome edit is on the timeline as we speak and will be released next week. ”

Check out a full bike check after the jump!
END_OF_DOCUMENT_TOKEN_TO_BE_REPLACED

Looks like a fun park to get a session in on. There’s a bunch of good riding that went down to break the place in as well.

“The Official opening jam of Caversham (Cavy) skatepark in Reading held by Maverick industry’s on the 9 June 2012. The jam covered Bmx, Skateboarding and Scootering; involving some of the world class professionals including Ben Hennon, Matt Roe, and Dan Harris (Chunky). Prizes were given out to Todd Cleaver who won under 16’s Bmx comp and to Craig Fisher who came 1’st in the over 16’s Bmx comp. Everybody rode amazingly and the day was a hit!
Filmed and edited by Matt Goff on a Canon 550D with a EFS 18-55mm f/3.5-f/5.6 lens and a Digital wide lens adapter.
Song: Foster the people – Don’t Stop (Colour on the walls)”

Here’s some scrap footage from the 20Twenty Store trip to the Seventies ramps. Check out some of the footage of Matt Roe, Alex Donnachie, Dan Paley, Chris Currie, Andre Fowkes, Niki Croft and Mingo that didn’t make it into the full edit. Still a bunch of good stuff in this.