Maxime Charveron and Matthias Dandois teamed up for this years Sosh Urban Motion 4 video contest. Unlike other teams, these guys got a bright and early start to film and both guys got in front and behind the lens making for a rad split section with a less than serious vibe, but some awesome riding. Hit play and enjoy this!

END_OF_DOCUMENT_TOKEN_TO_BE_REPLACED

What happens when you drop a ton of guys like Chase Hawk, Greg Illingworth, Dean Cueson, Dan Foley, Maxime Charveron, Matt Roe, Larry Edgar, Kris Fox, Tom Dugan, Scotty Cranmer and a handful more of BMX’s best bowl riders (and let’s be real, most stylish) in for a session together? Amazing riding goes down. Take a look at what went down during the first day of practice for this years Van Doren Invitational in California! This contest is going to be nuts!

“Being on the deck at the 2015 Van Doren Invitational is a bit nuts… It’s essentially the most stacked bowl session of the century (with 30 of the best bowl riders in the world), and everyone has just a single hour heat to figure shit out. They somehow do figure shit out, and the result is a mixture of flowy speed, style, and tricks… Major shoutout to Larry Edgar and the triple tabletop in here, more to come tomorrow.

END_OF_DOCUMENT_TOKEN_TO_BE_REPLACED

Soul BMX Mag just released this years Trip Apache video for you to check out! The concept behind the annual Trip Apache is pretty simple… Load up a shit ton of France’s finest BMX and skateboarders and hit the road checking out a handful of different skateparks. This 15 minute video gives us a look at a ton of highlights from the riding that went down at each of the parks and some extra footage to give you a good feel of the overall vibe of the trip, which from our perspective looks like it was amazing.

Digging this? Check out a few of the past years!

FISE dropped this video featuring Mark Webb and Maxime Charveron getting down at the contest the other weekend. This gets a little insight from both of the guys about the contest and then we get a good mix of footage from the contest and some extra late night filming they did. Looks good!

“Two star riders, one insane event… and one phone to keep track of it all. Follow Mark Webb and Maxime Chaveron as they both expose their vision of the FISE and step into their Pro BMX rider life for a few moments in this new video by Honor, the phone for the Brave.

Mark Webb, rockstar of the FISE Montpellier and Maxime Charveron, French favorite on the BMX scene, both know well the importance of this one-of-a-kind event for the riders but also for the fans. No matter if their biggest fans are on the site or over the web, sharing the highest moments with them is extremely important and Honor lets them do just that. At the competition, during a nighttime session or at the party, Mark Webb and Maxime Charveron are always ready to share the good times with friends and with the world.

This second video of two videos truly showcases the life of our favorite pro BMXers during the FISE world Montpellier event, as well as the different uses they make of the Honor phone and its high quality camera. Living such an event is awesome; being able to record and share its bravest moments is what will makes them last forever.
FISE + BMX + Honor = Only for the Brave.” 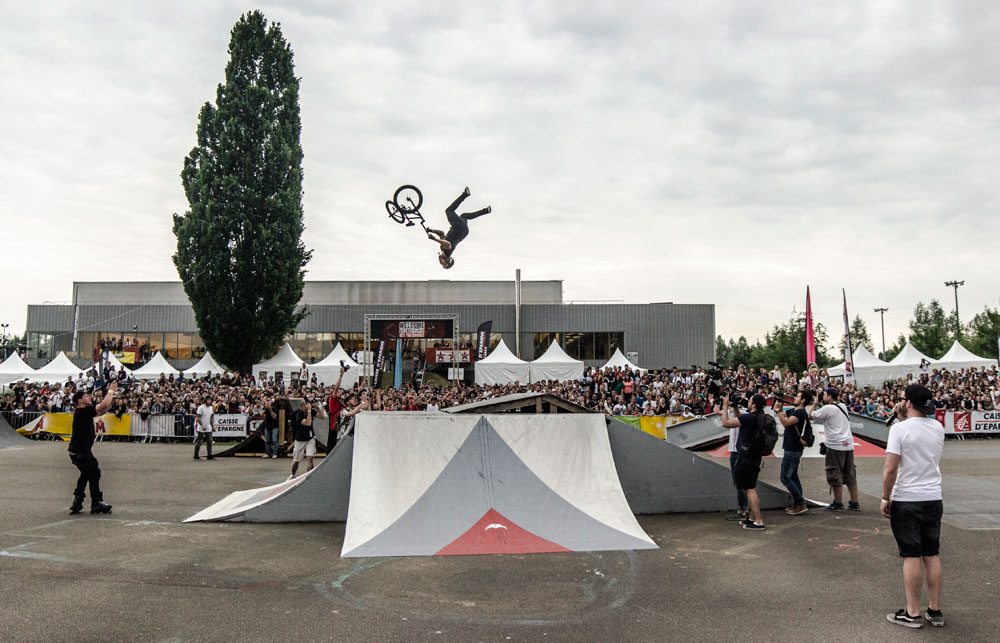 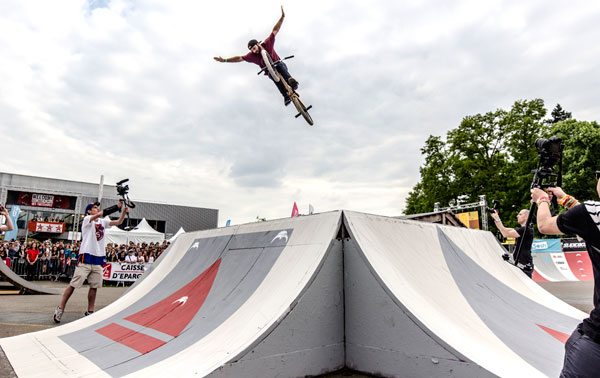 If you haven’t caught on by now, photographer Chase Davidson is on a little trip all over Europe from Canada and we’ve had him hitting up contests along the way to shoot photos! The other day he hit the NL BMX contest in Strasburg, France to check out riding from Corey Martinez, Daniel Wedemeijer, Maxime Charveron, Yannick Trevisan, Joel Bondu and more! Hit the link below to check out all the photos!

“Mark Webb and Maxime Charveron attract the attention of a pretty girl who decides to take a picture .
With the new features of its Honor 6+ she chose that Mark or Maxime will net the photo. Thus began a battle of ” tricks ” between the two riders to try to always be “the one ” who will be the clearest . #seemore #fisehonor #fiseworld”