We’re always so pumped when Props BMX upload an old scene report. Above is the St. Louis scene report from Issue 57 that’s packed with amazing riding from Cole Todorovich, Andy Chapman, Zack Warden, Sam Schulte, Garrett Guilliams, Adam Guilliams, Nathan Parker and many, many more! This one definitely has the old Midwest BMX vibe to it that is just too good. Hit play on this BMX video because you will not be disappointed!

END_OF_DOCUMENT_TOKEN_TO_BE_REPLACED

Can’t go wrong with a video from the Hermitage Trails down in Australia. Check out this video we spotted on Can You Dig It from the jam that went down the other day! Nathan Parker has a hell of a fun looking yard.

“For the second year in a row I went to Nathan Parker’s house for the post-halloween jam in Adelaide. Yet again it was awesome and this year had an all time turn out of riders from all over Australia. A new addition for this years jam was the huge halfpipe he has built in a unused barn behind his house.
A big thanks to Nathan for putting in the effort to keep the trails running and getting that halfpipe finished. It was heaps of fun and i’d love to be back again oneday.
Music is:
Fugazi – Exit Only.
The Nextmen – The Next Trend.”

END_OF_DOCUMENT_TOKEN_TO_BE_REPLACED

Here’s one we spotted over on Can You Dig It from a session that went down at the Hermitage trails! The weather down in Australia is just starting to heat up and it looks like Ethan Allen and Nathan Parker are having plenty of good times thanks to that already! Take a peek and see what went down!

END_OF_DOCUMENT_TOKEN_TO_BE_REPLACED

Here’s one I’ve been waiting to see all day! FBM just released the brand new Sasquatch Canyon X Weather video “Notes From the Field: Short Cuts” which is a 15 minute video filled with gold! Hit that play button because this is one video you will want to see. Check back on Friday because we’re working on an interview along with some behind the scenes photos with Jackson Allen!

We’ve been seeing a bunch of entries for the Primary Threads X Focalpoint Worldwide Video contest popping up the past few days and they’ve all been real solid. Here’s a fresh one that just surfaced featuring Nathan Parker getting down at his trails, the Hermitage Trails. Real good!

“Well heres mine and Nathan Parkers entry video for the primary threads X focal point BMX filming comp. unfortunately we didn’t get a lot of chances to film because of the weather. we had one good day and the next day was very grey and muggy but we worked with what we had and we reckon we pulled off a great Dirt video where our focus wasn’t about getting huge tricks thrown in but to just have a nice vibe and all round enjoyable video to watch. Feel free to give us feedback in riding, filming, editing. thanks heaps
Song: You Am I – Trigger Finger
Rider: Nathan Parker
Filmer/Editer: Brad Little ( me )
Trails: The Hermitage Trails ( Nathan’s Personal Jumps )” – Brad Little 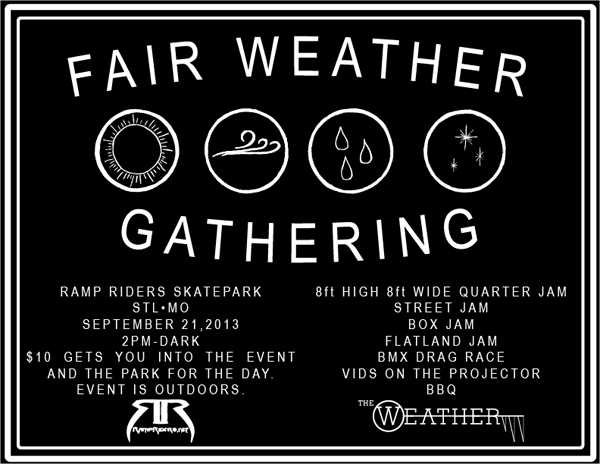 This is what I call a good time. Nathan Parker in throwing a jam at Ramp Riders in St. Louis on September 21st! There’s no actual contest, just a bunch of mini jams throughout the day in between all of the good times and sessions that are going down. This is where you are going to want to be on September 21st!

Came across this one on Can You Dig It. Nathan Parker had a bunch of clips he was sitting on and decided it was time to piece something together. Take a look at him getting some sessions in at a few different trails spots and a cement park. Nothing but chill cruising in this and I’m all about that.

The City trails in Adelaide, Australia are called that for a reason… They’re in the middle of a park in a city. How crazy is that? Check out some footage of Nathan Parker, Angus Samson and Tristan Gray getting some laps in at this spot. Nah, there aren’t any crazy tricks, just cruising. Stoked on it though.