Here’s one for #ThrowbackThursday:

The legendary Props Road Fools series is being put together into a full box set that covers all of miles they clocked over the years. You can now PRE-ORDER a copy by HITTING THIS LINK! Check out the trailer and get yourself a piece of history ordered!

“Starting with a carefree road trip in 1998, Props Road Fools tapped into something special when it merged cutting edge riding and legendary personalities together for the first time in a documentary-style BMX film.

With each new release, the series has continued to inspire both new and old generations of riders alike, as people were shown what was possible on a bike and the antics of pro BMX’ers confined to the road.

Special Features
– A digitally re-mastered Road Fools 1 presented in its native DV format for the first time ever, re-edited with a re-mixed 48kHz soundtrack
– Fresh high-def interviews with the original Road Fools 1 crew members, reflecting on their memories from the trip and how it helped shape BMX in the years that followed
– Road Fools 1 commentary w/ Taj Mihelich, Dave Freimuth and Chris Rye
– Over 140 bonus sections, including new unseen footage
– Easter egg sections 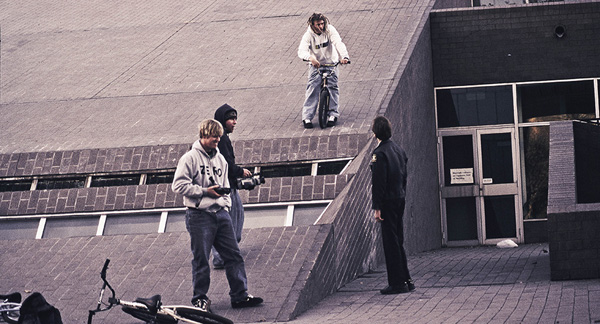 Props have been working on a book about all of the Road Fools trips they went on over the years. They are now looking for testimonials from fans from around the world to let them know how those videos impacted your life in some way. If you have a cool story that stemmed from Road Fools in some way, hit this LINK and let them know! They might just use it in their book!

What were you doing in 1998? I’ll admit that I wasn’t even riding for another 2 years. Check out a ton of legends in the full Best of 1998 video that Props uploaded for you guys to enjoy. So awesome seeing this pop up online.

“After many requests we pulled this from the archives to post. 1998 was a classic year in BMX when a lot of changes were happening in the sport, and when a lot of the riders you might think of as “legends” now, were killing it then.

We released Road Fools 1 earlier in the same year. 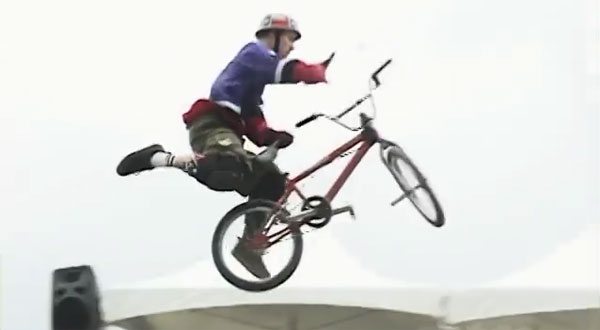 Props dug into their massive bag of amazing videos and pulled out this profile on flatland legend, Leif Valin from issue 54. This is definitely a funny profile since he gets pretty random, but it’s still awesome as hell. Check it!

It would appear that Props will be receiving a fresh limited edition shipment of t-shirts and hoodies real soon. Head on over to their web store and use the discount code “BLACKDEATHDAY” for 10% off your entire order. Fresh!

Props dug deep into their bag for this one. Check out some classic footage from a bunch of legends. Chris Stauffer is a style king.

“In this classic section from Road Fools 3, the trail dogs of the crew Kris Bennett, Mike Ardelean, Nate Wessel and Shoe-g join local Chris Stauffer and hit up the infamous POSH trails in Bethlehem, PA. Circa 1999.”