Man… This video just keeps getting better and better. Check out Raphael Jeroma Williams’ section from The Grumet’s video “The Right Fluke”! You will not be disappointed one bit! 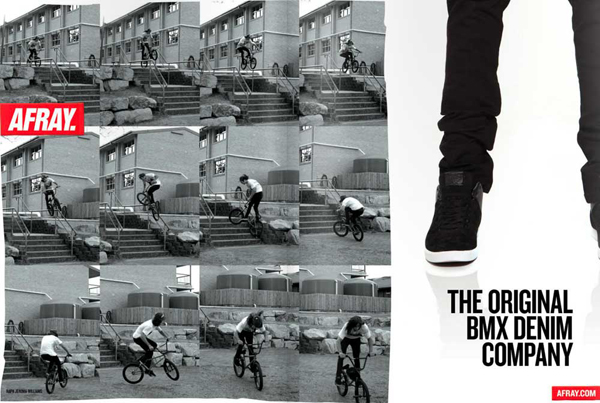 Here’s a look at Afray‘s latest print ad featuring Raphael Jeroma-Williams. This can be found in the new issue of Focalpoint that you can view in its entirety online NOW!

This is a MUST SEE for sure! Raphael Jeroma-Williams KILLS it! Plus, Jack Birtles did an awesome job with the filming and editing.

“We have been looking forward to getting Both and Raph and Jack Birtles together to create a edit for some time and after talking to the Guys at Fallen Footwear that hook Raph up we knew we had to make it happen for an Introductory Welcome edit over a good bunch of months we they were able to get together and get some great footage and we were not disappointed at all.
Raph is On that next level right now and as usual does it with a smile on his face and a high five from his mates.
Doing it for RideOn Indoor Park & Store and Fallen Footwear,
Press play and Enjoy..
Produced by Jack Birtles
Music – “I’ll Cut You Down by Uncle Acid And The Deadbeats””

Damn this is gooooood!

“Subrosa Skeleton Crew rider from Australia Raphael Jeroma – Williams turns in another awesome edit! This time he mixes some tech street moves and some amazing spots, and even gives his friends a bit of shine time! TK CREW! Check out the edit and pass it around! Raph rules.
Subrosa
Triple Six“ 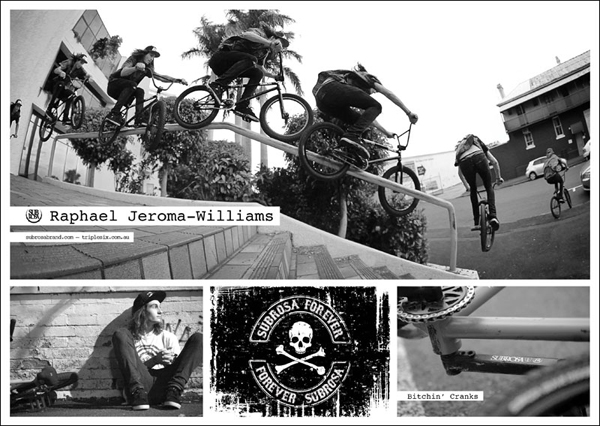 Here’s a look at Subrosa‘s latest print ad featuring Raphael Jeroma-Williams. This can be found in the new issue of 2020 BMX Magazine.

Raphael Jeroma-Williams put together this new one featuring him and a few of his friends riding, skating and hanging out. Take a peek! 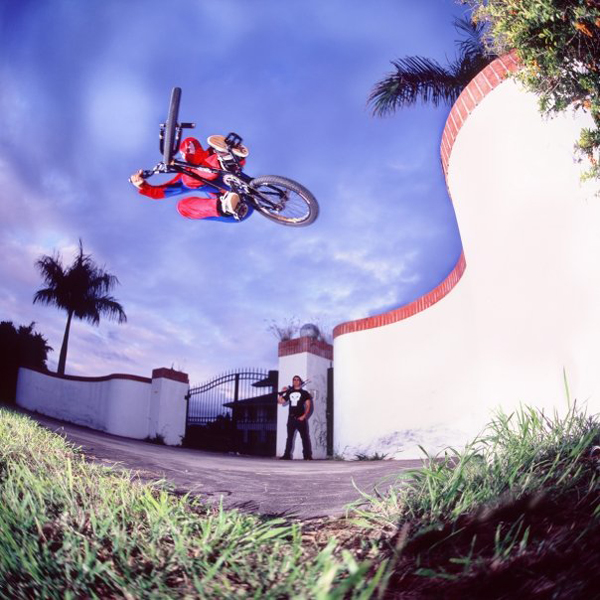 Head over to Diversity BMX to check out a quick Q&A with Raphael Jeroma-Williams. That above photo is awesome for many reasons.