Lux BMX keep rolling out sections from the “Thats Whats Up” DVD that came out in 2013! Here’s the 5th mix section filled with riding from Yonny Wakefield, Boyd Hilder, Moe Russ, Mitch Wood, Clint Millar, Vince Byron, Wilton Hedley, Jason Watts, Corey Bohan, Ryan Lloyd and Dave Dillewaard! This is a heavy line up and no shortage of bangers for you to enjoy from street, parks and trails sessions. Hit play and take it all in!

Ryan Lloyd put together this awesome video from his trip to New Zealand last summer where he gives us a first person look at some of the fun he got into during his visit. This gives you a look at some laps they got in at Gorge Road Trails, a little hacky sack and even some downhill racing they got in. All in all, this trip looks like it was an absolute blast.

“Filmed in NZ last year! So many goodtimes with a bunch of legends! Thanks to the Gorge Road locals for having us!
Song – Led Zeppelin – When the Levee Breaks”

END_OF_DOCUMENT_TOKEN_TO_BE_REPLACED 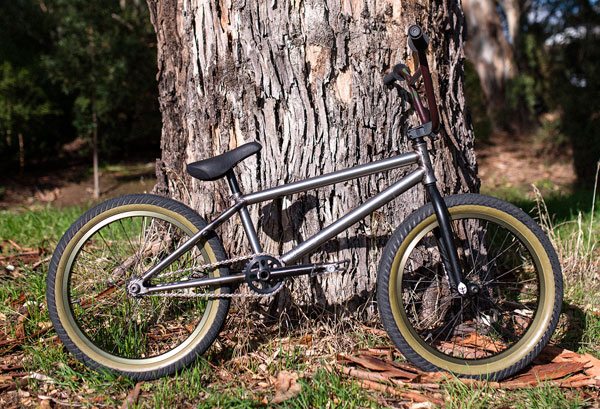 Fly Bikes dropped a bike check with their Australian connect through Triple Six Distribution, Ryan Lloyd, giving us a closer look at his 2015 Montaña setup that he’s running! There’s even a little custom paint action. Check out the full bike check and a bunch of photos right here! Looks like a dialed BMX bike us!

END_OF_DOCUMENT_TOKEN_TO_BE_REPLACED

Just spotted this video GoPro put up of Ryan Lloyd getting a lap in at the Adelaide City trails over on Can You Dig It! Always psyched on some fresh footage from Ryan! Style for miles!

END_OF_DOCUMENT_TOKEN_TO_BE_REPLACED

To say that Nick Steben has been doing some traveling is and understatement. Over the past two years he has been bouncing around all over the United States (including a cross country move from Connecticut to San Diego) and Europe with friends riding and enjoying life to the fullest! During that time, Nick has collected a lot of clips that never had a home until now. Here’s the first mixtape of footage that he pieced together featuring 6 minutes of riding from the likes of Ryan Lloyd, Sammy Shushtari, Ty Stuyvesant, Jeff Dupaul, Joshy Kew, Garret Pyskaty, Justin Luong, Adam Aloise, Kevin Riley, Justin Spears, Rob Blacharski, Morgan Wade, Wil Talamelli, Mike Brennan, Steve Morse, Cohl Wiesbrook-Peterik, Manther, Ryan Fisher, Mike Potoczny, Cohl MKE, Jeff Klugiewicz, Keith Barlow, Jeff Dowhen and Jon Wells! Enjoy!

Filmed and edited by Nick Steben

If you can’t watch the video on Youtube, check it out on our VIMEO!

END_OF_DOCUMENT_TOKEN_TO_BE_REPLACED

“A little collection of the fun times on our bicycles over the last few months! Have fun out there! Enjoy!
Music – Of Monsters and Men – ‘Dirty Paws’
Filmed and Edited by Ryan Lloyd
Thanks to everyone else that helped film!”

If you are looking for style… This video is EXACTLY what you want to see! Nothing but aesthetically pleasing BMX goodness!

“Luke Peeters is adventuring around New Zealand, and has made a base close to the epic Gorge Road trails. Ryan Lloyd flew over to meet up with him from Oz and Jack Birtles was on hand to capture their effortless flow on some of the most well groomed trails in the world.” – United Bike Co.

Another week… Scratch that… Another MONTH has flown by us! September is a wrap and we’ll be getting into October tomorrow. That hasn’t slowed the production of videos down one bit, that’s for sure! This past week we saw a TON of dialed BMX videos from around the world. As always, we have gone through and picked out a bunch of the best for you to check out all in one place. You find videos featuring the likes of Simone Barraco, Trey Jones, Lahsaan Kobza, Jono Hopping, Anthony Perrin, Kriss Kyle, Chris Crawford, Ryan “Biz” Jordan, Clint Reynolds, Chance Garrison, Ryan Lloyd, Colin Mackay, Ollie Rendle, Aaron Smith, Ben Hittle, Ben Wallace, Corey Martinez, Garrett Reynolds, Tony Neyer, Jimmy Rushmore, Benjamin Perrir and many, many more! Let’s do this!