Here is a fast paced, action packed edit from Austin’s public park. Short and sweet, it hits hard and ends with a bizarrely rad trick that I sure wouldn’t want to try!

Take a look at Sean Morr putting the Silencer peg from Stolen to good use in this fresh video!

“Sean introduces his signature peg from Stolen and puts it to use on the SoCal streets. Credit: Zach Krejmas“

Gabe Brooks, Sean Morr and Catfish make your trick dreams a reality for Instagram Slam 6. Unlike other editions, it seems like people were asking for tricks that were within their abilities, instead of just sending through some video game nonsense. Good stuff.

The other week, the Stolen team made their way up to Canada to have their way with some of the spots. They had a ton of luck since they were able to come back with enough footage for two videos. Check out part one above from their time in Montreal. Plenty of spots got the beat down.

You can also read a feature about this trip in Ride US magazine issue 193. 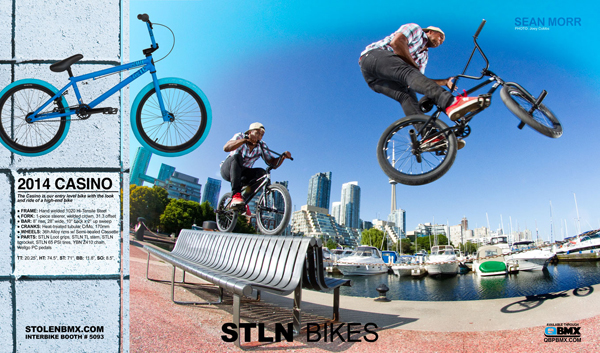 Here’s a look at Stolen‘s latest print ad featuring Sean Morr! This can be found in the latest issue of Ride BMX.

Damn this is good! Take a look at Sean Morr crushing a bunch of spots around Southern California for his new Madera edit! Sooo many good spots in this along with some excellent riding. Hit that play button and enjoy!

Filmed and edited by Mike Mastroni
Spotted on TCU 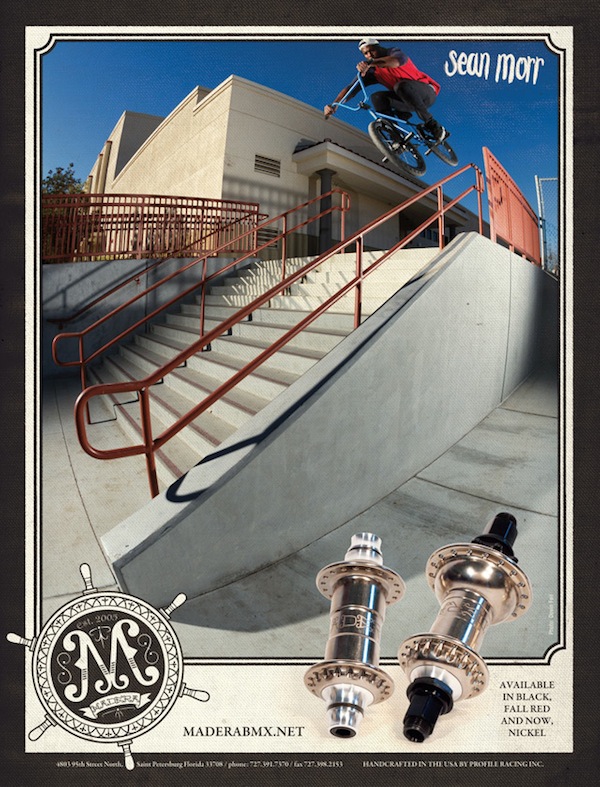 Madera‘s newest print ad can be found in DIG and features Sean Morr sending a major over grind. If you haven’t seen Madera’s nickel color in real life let me tell you, it’s beautiful.