Here’s a short but sweet one featuring Zeal BMX‘s Callum Woodland getting down at the 2014 Ghetto Jam! Callum just celebrated his 17th birthday and it’s clear this guy is doing things right! Plenty of style and a good mix of tricks in this one! Take a look!

“I chucked together a few clips I had left over of little shredder Callum Woodland from the Zeal BMX Distribution 2014 Ghetto Jam that I filmed last year for Epic TV.
Enjoy.” – Sean Pointing

END_OF_DOCUMENT_TOKEN_TO_BE_REPLACED 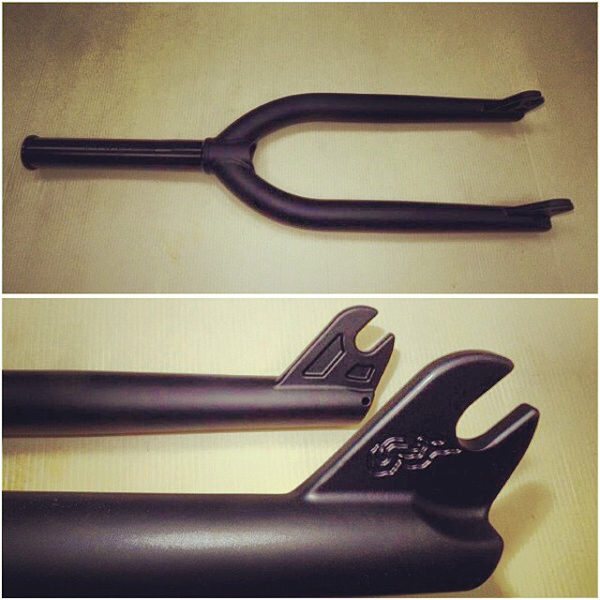 Here’s a look at the new version of Sean Pointing’s signature Spork V2 fork from Alone BMX that will be available in a few weeks. This fork is made from post-weld heat-treated 4130 chromoly with a 165mm 1-piece CNC machined steerer tube, legs that are triple butted and taper from 28.6mm to 22.2mm at the bottom, 5mm thick Investment cast drop outs with a 30mm offset and a CNC machined 7075 aluminum top bolt. This fork has clearance for large 2.40″ tires, comes in colors of black or chrome with a weight of 1.88 lbs.

END_OF_DOCUMENT_TOKEN_TO_BE_REPLACED

What happens when you team Isaac Lesser and Sean Pointing up for a video? You get an absolute BANGER between the riding and filming and editing. Watch Isaac absolutely crush it for Mankind already!

“I have spent some time throughout this past year once again filming my boy Isaac Lesser and once again he did not disappoint.
Smashing it for,
mankindbmx.com
radbmxshop.co.uk
zealbmx.com
@FTL_
filmed and edited by
@seanpointing
seanpointing.co.uk
additional filming by
@jamesappleton
@samcunningham
song
Sleeper Agent – Get Burned“

Any time I see that there’s a new one of Sean Pointing’s edits I know it’s going to be awesome. As expected, Sean came through again! Check out this video that is filled with some dirty mustaches and some heavy hitching post destruction! Hit that play button to enjoy!

“Ant Pearson, Craig Stevens and special guest Peter Marselle going all in for Movember Proudly supported by Extreme.
Movember is responsible for the sprouting of millions of moustaches around the world.
With their “Mo’s” men raise vital funds and awareness for prostate and testicular cancer and mental health.
Huge Thanks to Motion skatepark and to Seb Bennerson for building a killer Sub rail. Thanks to Turbowolf for the killer track.
Track- Turbowolf, A rose for the crows.” – Sean Pointing

“ZEAL put on its very first Ghetto Frontyard Jam at Upton, with some pretty crazy homemade obstacles including the infamous sky ring the jam went off.
hit up zealbmx.com for all your BMX needs
@zealbmx
@hitcherbmx
filmed and edited by @seanpointing
music by The Lagan – Staring the Devil in the eye“

Sean Pointing uploaded the section from Alone You Slag Tour that premiered in their promo DVD that dropped a little while back. This trip has such a good vibe and some awesome riding. This is how it’s done! Check it!

“The ALONE team set sail on another epic journey with Captain Hitchcox at the helm once again. We drove countless hours around Belgium, the Netherlands and Germany.
The trip brought some road trip evils, bad weather and bad injuries.
The trip also brought out good parties, good riding and good times.“ 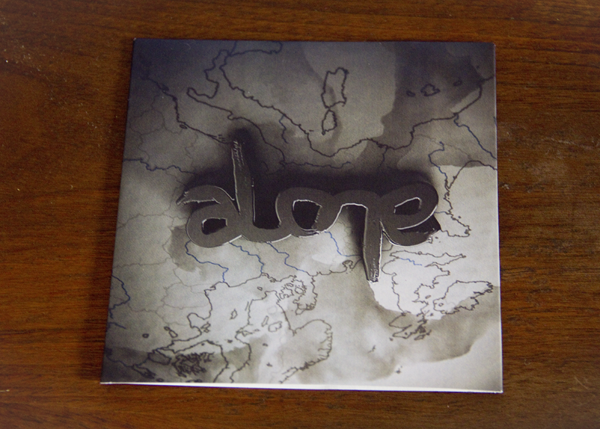 The other day I had a DVD show up in the mail from the Alone guys over in the U.K. Alone is a fairly new brand to me that I started taking notice of about two or three years ago, even though they’ve been around for about 10 years already. In the past two or so years, they’ve done a handful of team trips and thanks to team rider and film maker, Sean Pointing, they’ve been able to drop some really impressive videos from their adventures.
The team recently went on the “You Slag Tour” and wanted to do something special with the video from their trip, so they put together a DVD to go along with some of their past trip videos for everyone to enjoy. Let’s take a look!