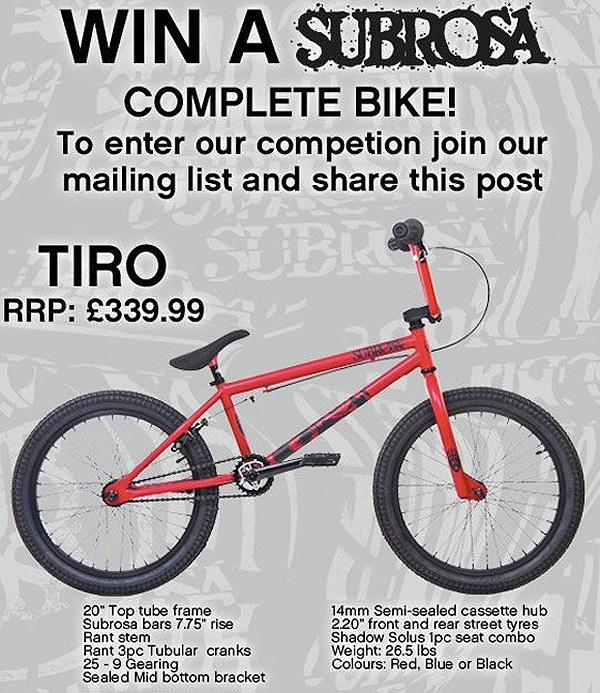 This is the must watch of the day. Sit back and enjoy! 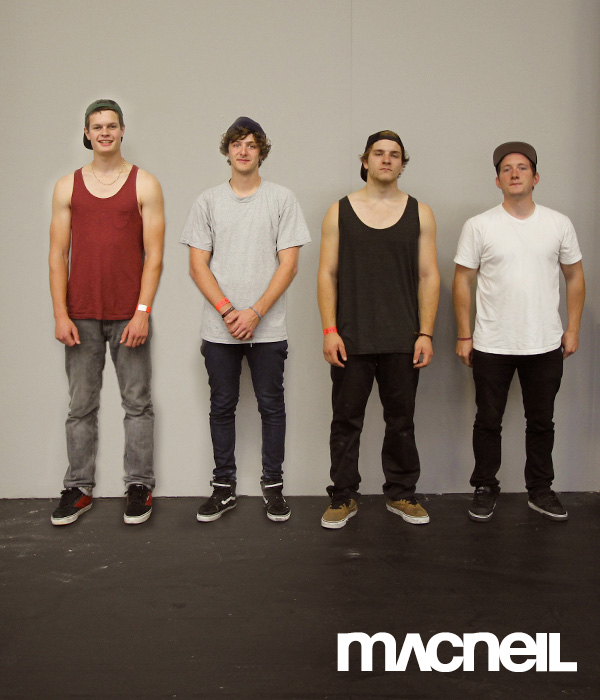 “Macneil have appointed Ben Green as their new UK Team Manger, joining Ben to represent the brand will be Vinnie Mayne, Billy Cooper and Mike King. The team will be taking a trip to Madrid in November which will be covered in a future issue of Ride UK along with a web video. They will also be working closely with Macneil in Canada to give input for future product developments. Expect to see a lot more from Macneil in the coming months…” – Seventies

“The guys from Cult and Federal teamed up with Seventies and embarked on a massive UK tour last week. They hit up Rampworx for a BMX only session on Monday 22nd August. With Dan Lacey, Chase Dehart, Bruno Hoffman, Chase Hawk, Jared Washington, Alex Kennedy, Jordan Aleppo, Dakota Roche and Sebastian Keep in the house a sick session was guaranteed to go off, and they did not disappoint.

You can pick up all the latest CULT and Federal products form rampworxshop.com

The 10th annual Boyley Memorial jam went down on August 20th in Hastings, England. It would appear that the turn out was huge and everyone was having a good time.
“Huge shout out to everyone that came and got involved with the carnage, you make this happen.

Shout out to 4Down, Seventies, The Source and Hastings Police for kicking down the prizes.” 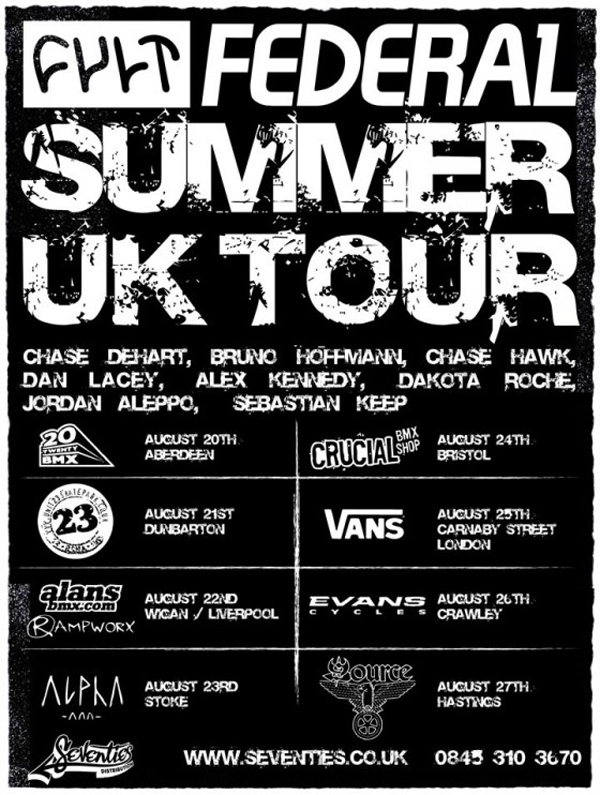 It looks like Seventies is getting some of the Cult and Federal crew together to hit some shops all over the U.K. Check out the flyer to see if they will be making a stop near you.

Kink‘s Ben Basford has been getting some filming time in with Joe Gould the past month or so. Ben kills it in this one.