It’s pretty crazy how you can take something old and condemned and turn it into something amazing, breathing new life into it. The Source BMX crew did just that when they build the new Source Park in Hastings, England and it’s safe to say they did an absolutely incredible job with it. It looks like there’s a full-length documentary showing what it took from the initial tour of the completely run down building to the grand opening with a completely dialed skatepark and shop! Take a peek and see just what it’s all about above.

“The Source Park – ‘Bringing the White Rock Back to Life’
A documentary covering the 2 year regeneration process of a subterranean building in the coastal town of Hastings. Built in the 1800’s, the space has been home to Turkish & Victorian Baths, an olympic sized swimming pool, a cinema, a 1970’s skatepark and in the 1980’s, an ice rink. After lying derelict for 18 years, The Source BMX Shop are moving into the space and bringing it back to life.
Full length documentary in progress.
Directed & Shot by Tom Pickard
Edit – Asher Thornton
Grade – Encore Post”

END_OF_DOCUMENT_TOKEN_TO_BE_REPLACED

Source BMX kicking off a new series from their brand new park called Train In Vain, which pairs up a pro with one of the shop employees to do the same line or vice versa. This first episode pairs Kevin Kalkoff up with warehouse packer Steven Moss for a big transfer line. Can Steven do it? Well, let’s find out!

END_OF_DOCUMENT_TOKEN_TO_BE_REPLACED

Some of the Wethepeople team over in the U.K decided it was a good time to get together and make a trip to the brand new Source Park in Hastings, England for a session. With a park that offers so many different options from bowls to rails, ledges, quarters, banks and more, you know these guys had no trouble stacking clip after clips of pure gold. Hit play and take it all in!

“The new subterranean Source Park​ in Hastings, UK has created quite the stir since it’s grand opening in February so Wethepeople​’s Pete Sawyer, Mike Curley, Jordan Godwin and Jordan Waters cured their curiosity with no cats being killed in the process, just every inch of the new Source setup. The whole crew get some fiery clips but Mike Curley and Jordan Godwin really take the biscuit… so dialled.” – DIG

END_OF_DOCUMENT_TOKEN_TO_BE_REPLACED 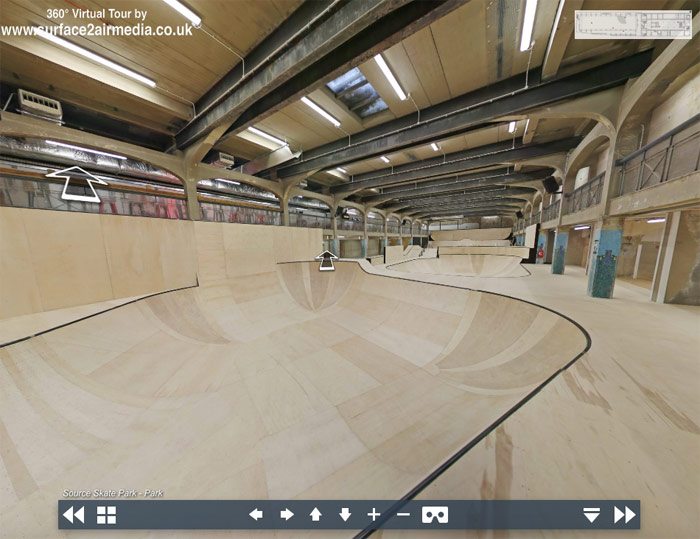 Have you been wanting to make it out to the U.K to ride the new Source Park, but you haven’t had the funds to book a flight or take the road trip? Well, here’s a little something to make it even harder not to make the trip happen. Source BMX just dropped a 3D tour that lets you go through the entire park, shop, cafe and every other corner of that massive place in Hastings. You can take the tour RIGHT HERE!

END_OF_DOCUMENT_TOKEN_TO_BE_REPLACED

The other weekend was the world premiere of the highly anticipated “Still United” DVD from United Bike Co.! The whole crew made their way to Source Park in Hastings to enjoy the new park and the video! Check out some highlights from the session, along with some perspective from the guys on the team!

“The world premiere of the incredible new Still United DVD went down at the equally incredible Source Park in Hastings UK a few weeks back and we’ve got some highlights from the day with Corey Martinez, Christian Rigal, Jimmy Rushmore, Alex Valentino and more. There’s still more premieres going down worldwide so make sure you get along to one and pick up a DVD while you’re at it! We’ve said it before – it’s an instant classic

END_OF_DOCUMENT_TOKEN_TO_BE_REPLACED

The highly anticipated United “Still United” DVD has arrived. Check out some highlights from the world premiere at Source Park that featured a session with the entire United team, along with a handful of the 4Down Distribution guys in this video from Freedom BMX!

“Last weekend, the world premiere of the spectacular still United-DVD took place in England. But before the video to the public was presented, it was the team of United Co. course not take to turn a few laps around the brand new source Park.

Particularly Corey Martinez turned it on full and took pretty much every corner of the huge main hall apart. But his teammates as Alex Valentino, Harry Mills Wakley and Christian Rigal clearly enjoyed on the countless opportunities that the source park has to offer. And so they let it be taking long extensively cycling all day.

It was supported by Ben Lewis, who still sat in the morning sting a new tattoo, which it did not prevent, well depart. But Fernando Laczko was condemned to watch, because he was plagued by severe back pain. Bummer! Luckily he had his video camera with him so that he could collect a few clips for our video. Thanks for that! What came off exactly in the historic walls of the promenade of Hastings, you are experiencing above.

END_OF_DOCUMENT_TOKEN_TO_BE_REPLACED

During the Source Park grand opening, Fox BMX Europe sent Matt Priest and Liam Eltham in for a session and to hang out with some of the kids that rolled through. Here’s a look at a little bit of the riding that went down and some insight from both of the guys on the place.

“Earlier this year we partnered with Source BMX for the opening of the Source Park in South England. Fox BMX riders Matt Priest and Lima Eltham did an exclusive demo and signed some posters and goodies for the kids there. Fox also opened their Shop in Shop area at the park.