I’m not really sure where time has been going lately, but it’s been flying. Another week has passed and it’s already time for a new Video Recap. I went through the 170 or so posts from the past week in the Daily Section and picked out some of the best videos for you guys to check out. This week we’ve got 16 videos featuring Ruben Alcantara, Matt Roe, Jason Enns, Ryan “Biz” Jordan, Tammy McCarley, Corey Bohan, Steven Hamilton, Stefan Lantschner, Rob DiQuattro, Paul Ryan, Anthony Napolitan, Lahsaan Kobza, Scotty Cranmer, Arnaud Wolff, Nick Bullen, Chase DeHart and more for you to check out. So let’s get into it!

END_OF_DOCUMENT_TOKEN_TO_BE_REPLACED

Oh hell yeah. DIG had Peter Adam dig into his old files and put together this video featuring footage of Steven Hamilton from a trip they took to San Francisco back in 2004. This should be an indicator as to why people still go wild over this dude today.

“Following on from our full interview in the recent DIG 92 with one of BMX’s most progressive and controversial riders, we look back at a classic period in Steven Hamilton’s life when he got his first DIG interview, his crazy section in Federal’s ‘Trafelio’ was released, and the world really took notice of just how good this guy was.

You may recognise some of these clips from ‘Trafelio’ and the Tip Plus video, but Peter Adam wanted to share a flavour of what else was going on during their week long stay in San Francisco.

Filmed and edited by Peter Adam.”

Steven Hamilton’s section from the “A Day Late and a Dollar Short” video that came out back in 2001 surfaced online in real good quality. Figured it was definitely worth a post since it’s so damn good. Enjoy. 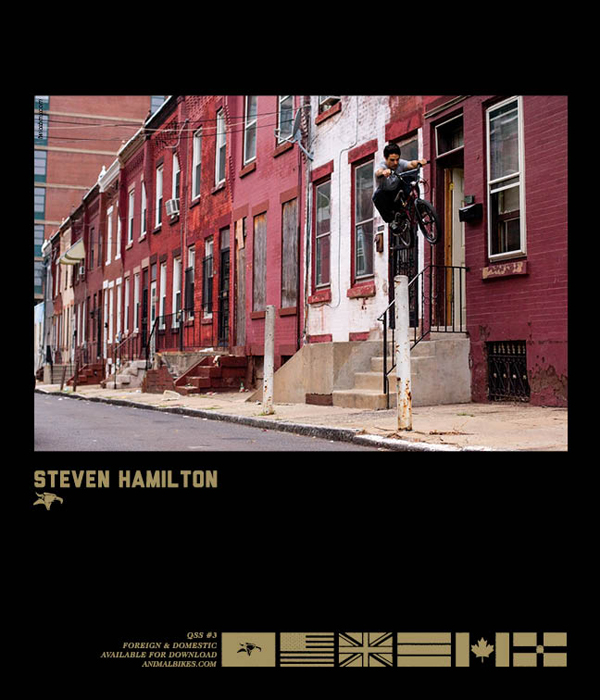 Here’s a look at Animal‘s latest print ad featuring Steven Hamilton. This can be found in issue 187 of Ride BMX. 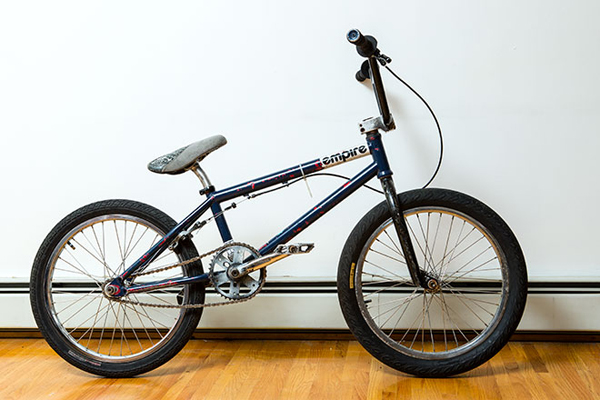 Steven Hamilton has always done things different when it comes to BMX. Today, Animal dropped a fresh bike check with Steven giving you a closer look at his setup. This bike is as creative and unique as Steven is. Check out some more photos and a full parts list right here. 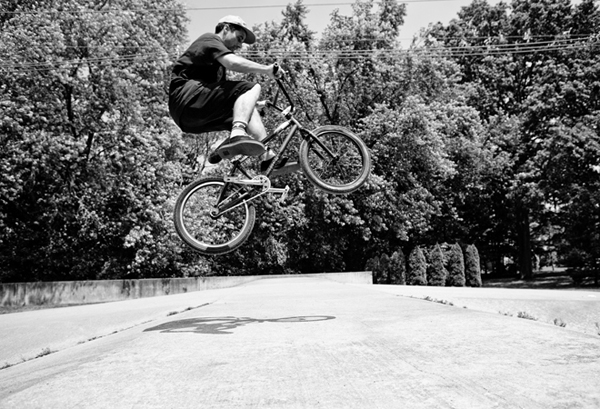 Word has been flying around and it looks like it’s official. Steven Hamilton and Federal have parted ways. This is definitely an interesting situation. I wonder if he will get picked up by another company? I hope so since it looks like he has been back on it hard lately. 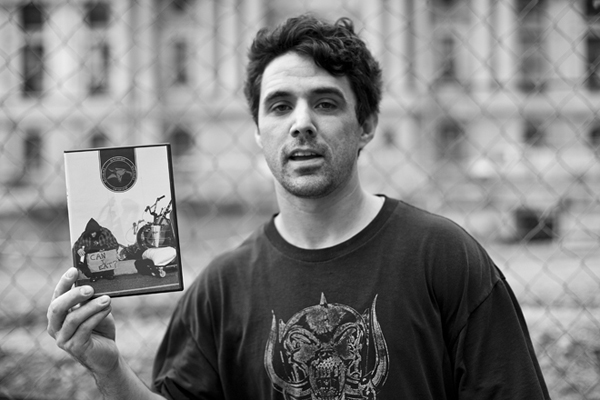 Make you way over to the Animal website to revist Steven Hamilton’s section from the Can I Eat DVD and then check out a real good interview where he talks about filming for the video.