Charlie Crumlish’s signature Coastersauraus freecoaster from Stranger is out now so that means we get some fresh footage of Charlie throwing down some unpredictable and uncomprehendable riding. I’m totally okay with that! Check it out!

“Charlie is the most original rider since the Fonzy and these were just the few clips he filmed while getting used to his new longer 21.420 TT Daytrippper frame. Go grab one of his signature hubs and keep rolling!“ 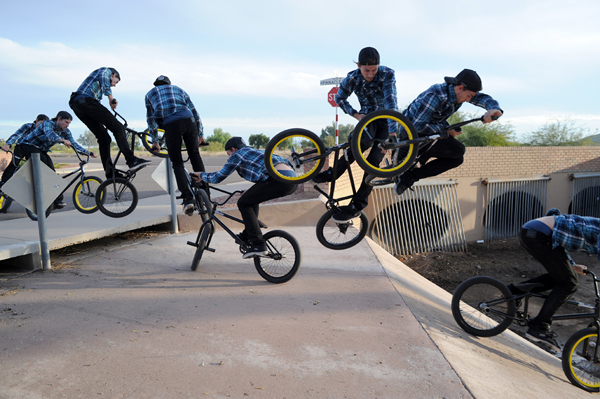 About a year ago, Ryan Chadwick told me that Simone Barraco was going to be blowing up. I saw the potential at the time and now, a year later, it’s very obvious that Simone is taking over. A few months back, Ryan had told me that Eric would be blowing up as well. Since then, it really hasn’t been all that hard to see that he’s right because there’s been a handful of edits popping up lately where Eric has absolutely killed it. It’s clear that Eric has a lot of fun with his riding and now that he has been killing it on a freecoaster, I think his riding has stood out even more. Since I’ve been getting more and more curious of what this dude is all about, we decided to see if he would be into doing an interview. Luckily, he was in and now I’m stoked to let you get to know the guy that’s definitely going to be getting things done backwards here for a while….

Stranger got Eric Bahlman set up with their new Coastersaurus hub and it looks like he has been putting it to work like a champ. Check out how good this edit turned out right now!

Bobby Kanode is the newest addition to the Stranger team. Here’s some freecoasting magic in this quick clip to bring the news.

Stranger dropped this new one featuring their rider, Max Bergmann, getting a couple skatepark sessions in. Plenty of solid tricks for sure.

Eric Capone has some fresh new footage that he put together for Stranger that you should take a peek at. Plenty of good stuff in this.

Wes McGrath from New Mexico is a new name to me, but it’s clear as to why Stranger have decided to sponsor him. Check out his fresh welcome to the team edit!