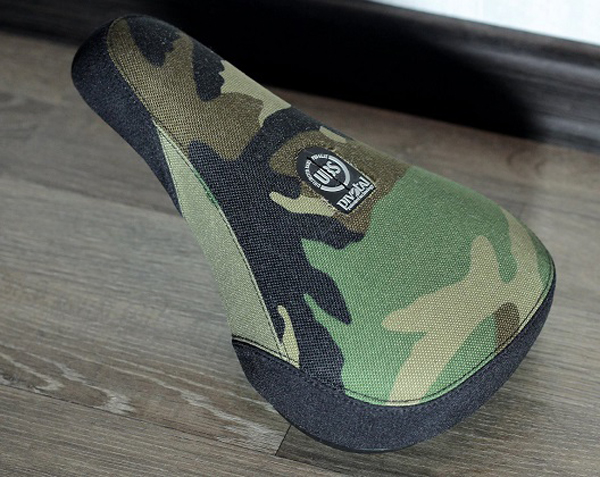 Camo has been all the rage lately. Head over to The Merged for more info and photos on the Stress Camo UBS pivotal seat! Looks good to me!

I can only imagine how cold it gets over in Russia this time of year. Either way, the Stress crew have been able to get plenty of sessions indoor. This video is from one they had last week at the Ramex park! Take a peek at what went down!

“One week ago STRS crew visited Ramex indoor skatepark in Ramenskoe. As a result we got this video with some bangers in it. Special thanks to guys from Ramex for place to ride this cold winter!“

Stress‘ Alexander “G” Prokofev had a bunch of clips, but no set plan on what to do with them. Luckily for us, they decided they might as well toss together this new edit for us all to enjoy instead of letting them go to waste! Take a peek!

Filmed and edited by Mon

Check out Daan Van Wezel tearing up a bunch of his local street spots and parks for Dante Distribution and Stress. This dude isn’t scared to send it, that’s for sure.

“Daan and Steijn Leijzer worked on this edit for quite some time and it turned out pretty good. Daan has been an upcoming rider for the last couple of years and he has always killed it on the rails with crazy moves. He just isn’t scared of a good old rail. Because of that Bas at Dante Distribution decided to hook him up with STRESS parts.
Shout out to Joram van Dijk for filming when I wasn’t able to.“

A little while back, the Stress crew made their way to Krasnodar for the famous Backyard Jam over there in Russia! Check out this 10 minute video they put together giving you a look at what went down!

“In early autumn, STRESS crew visited the main Russian bmx event of the year – XSA Backyard Jam. This is the mix of shots taken at the local spots and during the contest.“

Max Bespaliy recently made the move from Kharkov to Moscow, Russia. During his first few days checking out the street spots and parks, he was able to come up with a bunch of rad clips for this new Stress edit! Take a peek!

Ilyas Ganzhaev is now doing it for Stress over in Russia. Check out this welcome edit showing you just why they picked the dude up. Tons of goodness in this one.

“Ilyas is a young and talanted rider from Sochi, Russia. He came to Moscow to spend a few days filming with Dima Onoprienko on some Moscow spots. The result is Ilyas’s welcome to STRESS video.“