Despite the weather in Minnesota being a little bit on the moist side of things last weekend, the annual Dilly Jam still went down thanks to an overpass, a few rails, a kicker and a box. Check out this short but sweet highlight reel giving you a look at some of the action that went down from Erik Elstran and a handful of others!

END_OF_DOCUMENT_TOKEN_TO_BE_REPLACED

The annual Team Dilly 4/20 Jam went down last weekend in Minneapolis and as always, there was a big turn out and some damn good riding that went down. Check out this video giving you a look at what Erik Elstran, Pirate, Cody Smiglewski and more threw down.

END_OF_DOCUMENT_TOKEN_TO_BE_REPLACED

Team Dilly’s southern connects (except for Erik Elstran who is currently residing in ATX), made a trip back to the home land in Minnesota for their annual Dilly Jam! The crew pieced together this video documenting their trip north and what went down during their stay! Hit play and enjoy!

“Team Dilly’s Devon Lampman, Chris Kowaleski, Erik Elstran and Clint Zabodyn travel from Austin to Minneapolis for the annual 4/20 Team Dilly Jam to chill with all the OG Dilly homies and film for the upcoming untitled Team Dilly DVD in the works. Descriptions are weak but super huge thanks to everyone in Minneapolis for the amazing time and hopefully see y’all sooner than later,” 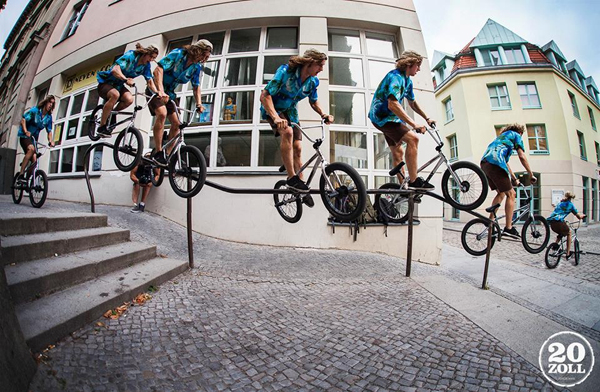 Over the years, I’ve had the opportunity to ride with Erik many, many times… and every single time I wondered “How the hell is he not pro yet?” The level of riding Erik is on is undoubtably on another planet and if it doesn’t make you smile or even make you the slightest bit of happy watching him ride, you’re probably a pretty sick and twisted human.
Finally, regardless if Erik wasn’t trying to make it happen, the inevitable happened and he was given the bump up to the Sunday and Madera pro teams pretty much simultaneously at the beginning of the year after putting in his years blowing minds around the world.
We figured with all the good things going on, it would be a good time to catch up with Erik and find out what’s new in the life of the guy from the woods of Wisconsin, turned Minnesotan turned Texan. Let’s see what he had to say!

END_OF_DOCUMENT_TOKEN_TO_BE_REPLACED

About damn time Kyle Stark uploaded this! Here’s Erik Elstran’s absolutely phenomenal part from the “Team Dilly Is The Man” video that came out a while back. This video will blow your friggen mind. Hit play now! 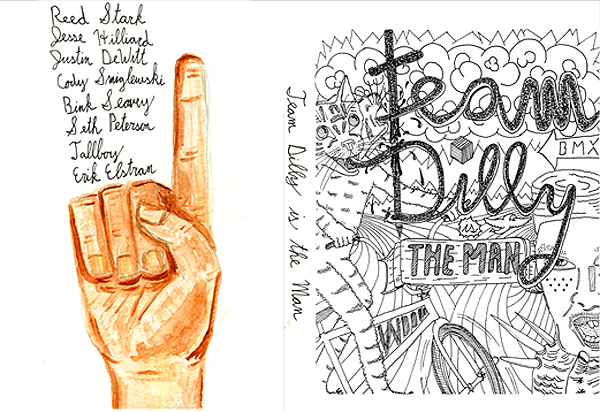 I’ve been hearing some really good things about this video. Need to see it.

“Team Dilly is a crew of riders who produce no real product other than videos and the occasional T-shirt, but have a hell of a time doing it. Their latest DVD features riding from BSD’s Reed Stark, the ever-so popular Erik Elstran, Seth Peterson, Bink Seavey, Tallboy, and many many more. A 35 minute long epic feature film accompanied by over an hour of bonus footage, this is a DVD you surely wont want to miss. The DVD is available now via Snap Distribution in the UK, and Full Factory Distribution in the USA. Head to your local shop and tell them you want a copy!” – Kyle Stark

Reed Stark is seriously mind blowing. I’ll say it. I think he’s one of the best street riders out these days. This is the scraps from his Team Dilly “Team Dilly Is The Man” video and some other stuff. Just hit play. Reed Stark Is The Man.

“To celebrate the release of Team Dilly’s new video “Team Dilly Is The Man” we teamed up with Reed’s brother Kyle to pull together some left overs of Reed from the video to mix with some BSD left overs from trips in 2011. Enjoy!