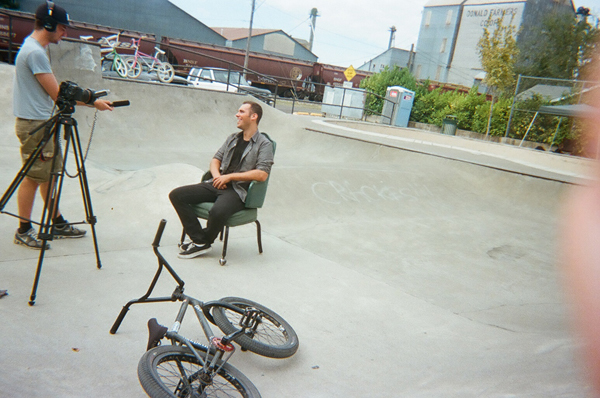 As part of the You Won’t book release party, the Team Shralp crew threw a full weekend of events to celebrate. You can get a look at what went down over on Defgrip where they’ve got a fresh Disposed up.

Dean’s pain is your entertainment in this new edit. Some of these look painful as hell.

This footage always looks so good. Definitely stoked on this one.

This is so rad. Check this out for sure.

“Dean Dickinson has broken his body, his bike, his bank account, and various laws in a quest to reach his personal goal of riding 100 pools. The title of his book—YOU WON’T—is a challenge laid down by some of Dean’s doubters. The reality is—Dean did it, and this project documents it all.

“Earlier this month, the Team Shralp “Yeah Brother” Mike Tag Benefit Jam was held on the streets of Portland, Ore. All proceeds from the day’s festivities went directly towards Tag’s medical bills, who was diagnosed with Stage ll Non-Hodgkin’s Lymphoma in April of this year.

The event officially kicked off with the Vista Hill Bomb Race. Over 20 riders raced down the West Hills of Portland. Other than a couple high-speed wipeouts, the race went great! At the fastest point of the race, riders were passing cars topping out at 45mph. Verde veteran Ryan Barrett finished in first place, Spencer McCabe in second, and Team Shralp’s party maniac Joe Dirt in third.

The jam then carried onto the street-riding portion of the event. Riders from all of the Pacific Northwest threw down in the streets of Portland. Lincoln High School, Bum Park, and Lovejoy Park were all shredded with no problems from the law enforcement. As the sun was setting, the crew posted up on the Portland waterfront raffling off many prizes supplied by the sponsors in support of Mike Tag.

The crew regrouped at the jam’s after party, which was also a Mike Tag Benefit held at The East End. Once the bands were finished and all the donations were collected from the after party, the Team Shralp crew called it a night. Over $450 was raised towards Mike’s medical bills during the day’s festivities. Other than a few bumps in the road, the “Yeah Brother” Mike Tag Benefit Jam went awesome! The event definitely had mixed emotions floating around and I want to thank everyone who stuck it out and supported the cause. Mike Tag really needs our support right now and I was very pleased by the community’s efforts in this event. Special thanks goes out to the sponsors, volunteers, filmers, Pizza Oasis, The East End, the bands, and everyone else who helped raise money towards the Mike Tag Benefit. Keep on keepin’ on! 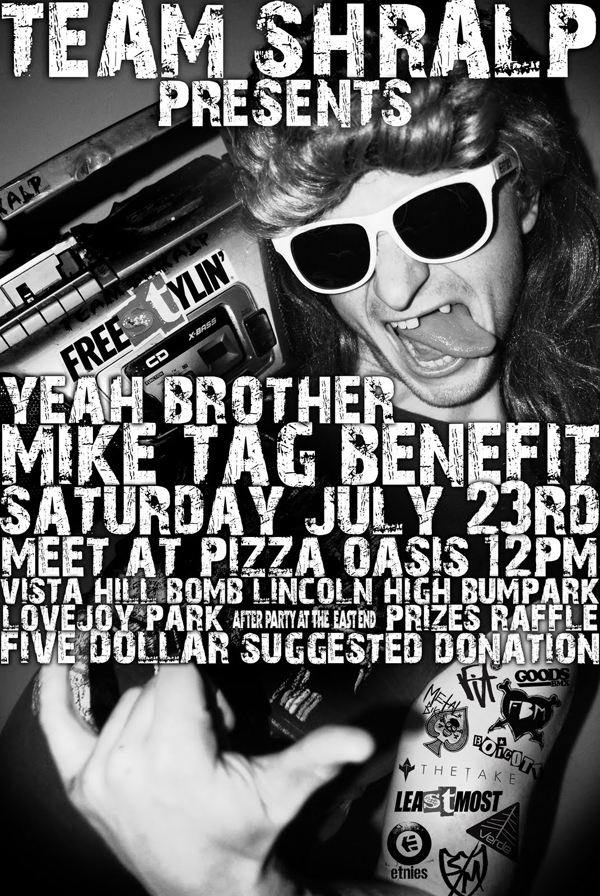 Team Shralp is putting on a jam to benefit Mike Tag on July 23rd in Portland. I highly suggest you can make it to this one if you can.