Here’s a chill edit from the Ten Pack team trip the crew took over a weekend from Toronto to Montreal where they came across a ton of spots, even some real unique ones. You already know with the line up like this that the riding is dialed. Take a peek!

“We loaded up for a four day weekend away in late July with Chijioke Okafo (Volume/Demolition), Greg Henry (WTP/Eclat/Almond), Chris Silva (MacNeil/Animal) and Dillon Lloyd (MacNeil/Eclat) and headed from Toronto to Ottawa and finally Montreal.
Filmed by Prashant Gopal
Edited by Zach Rampen
Thumbnail photo by Prashant Gopal
Music:
‘Shut the Fuck Up’ – Cam’ron
‘Two Can Win’ – J Dilla“

Phil Bartlett coming in hot with a new edit to celebrate his birthday. This dude never disappoints so you should probably hit that play button now. Plus, he used an awesome song for this, haha. Kids won’t know what hit them.

“Today’s Phil Bartlett’s birthday and he got this new edit for us and Wethepeople put together just in time. Check out Phil doing his thing on the streets of Newfoundland! Go follow Phil on Instagram at @land_phil.
Filmed and edited Jon Fennely.” – Ten Pack 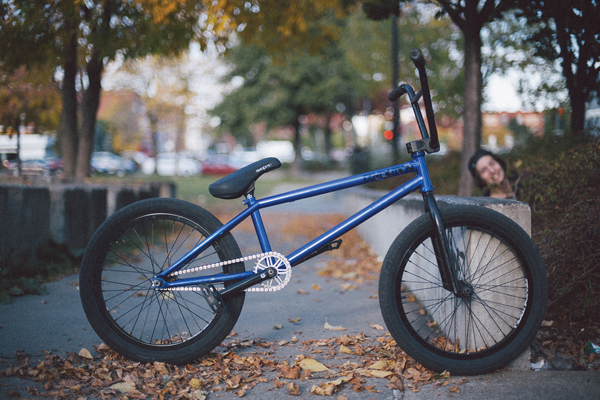 Jordane Dubois is now doing it for Demolition in Canada through Ten Pack Distribution. They’ve dropped a few words about the news along with a quick bike check for you to check out right here. Take a peek!

Verde‘s Canadian connect through Ten Pack, Jordane Dubois, takes a break from working and hops on his bike for a quick session at Le Taz on his lunch break. Check out what he was able to film in that little amount of time.

Looks like these guys put on a good show for everyone.

“We were asked by the good people at ExpoCycle 2012 to put on a bit of a demo for everyone at the tradeshow this year. We borrowed some stuff from our good friends at BMXFU and had some of the team in town to shred it all for the crowd. Dillon Lloyd, Chris Silva, Jordane Dubois, Corey Dewey and Greg Henry all put on some great shows for everyone there. Thanks to everyone at ExpoCycle for hooking it up!
Filmed and edited by Brad Hill.” – Ten Pack

Looks like Jeff Evans is off to a good start with Ten Pack and Skavenger. So damn good.

“We’re real stoked to welcome Jeff Evans to the Ten Pack family and to have him repping Skavenger for us. Jeff has been one of those riders that everyone has heard about even from his days in Newfoundland. He’s out on the west coast now and has been killing spots all over the Vancouver area.
Filmed and edited by Jeremy Deme”

It looks like the Ten Pack trip with Wethepeople and Verde turned out to be a real good trip. Check out the video!

“The third stop on our On The Road Tour brought us to Winnipeg with the Verde and Wethepeople teams. Ryan ‘Biz’ Jordan, Andy Roode, Jordane Dubois, Marcas Grubbs, Greg Henry, Phil Bartlett and John Alden all clocked some serious footage all over the streets and parks of Winnipeg. We also had a great jam with Royal Sports at Komenda Park and partied with the locals. Winnipeg is wild.
Filmed and edited by Brad Hill.”