TJ Lavin = Back At It – More BMX Videos

Hell yeah! Stoked to see TJ Lavin finally getting back into the groove of things. Hopefully this is just the start of some fresh footage of him popping up.

“After a really nasty head injury around a year and a half ago, TJ Lavin is officially back on his bike. This is awesome! Congrats to TJ and thanks to Billy for sending this over. Credit: Billy Beddow”

TJ Lavin is a good dude. He also has an amazing perspective on things. This new episode of The Crooked World‘s Off The Record he gives you some perspective on why you should appreciate everything you have. 100% agree. 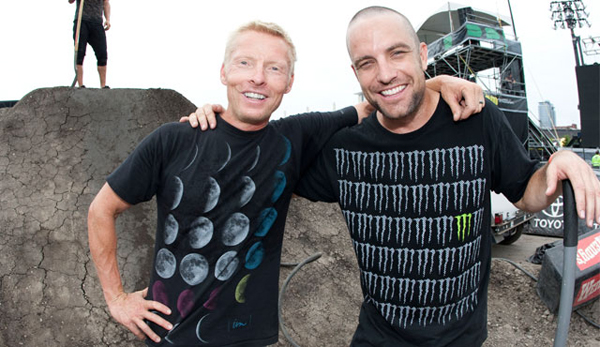 BNQT caught up with TJ Lavin to talk about his crash recovery, Dew Tour courses and more. You can check that out right here. 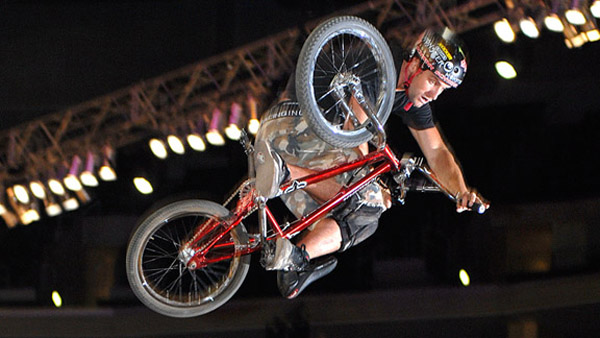 TJ Lavin has a pretty interesting interview up on ESPN where he covers some of his work, accident recovery and more. Hopefully we will be seeing TJ back on his bike sooner than later.

About two weeks ago I got an email from a company called SOYJOY asking if I would be into coming up with a few questions for TJ Lavin. They asked if I could ask about a few different things he was involved with these days like his show on MTV and a video contest he’s involved with. I also had a few questions in mind like him commentating for a new MMA show that word has been floating around about and taking over the course design for the Dew Tour. Above is the quick video interview they put together with him with just a couple of the questions I sent through. The first few don’t touch on BMX but he did answer the MMA and Dew Tour questions which works for me. Below you can find some info on the video contest. A chance to win $2,000 and a free trip to New York? Sounds good to me.

“Go to SOYJOY’s Facebook and enter the Show Us Your Real Life Adventure Contest by July 25. Submit your short video for the chance to be one of three winners to earn a real-life adventure: an all-expenses-paid weekend in New York City with a buddy and entry to the Great Urban Race – the most intense urban scavenger hunt you’ll ever participate in. And, of the three winners, the team that finishes strongest in the Great Urban Race will get a $2000 cash prize! – SOYJOY

The crew over at the Dew Tour shot over a press release a minute ago with some good news. They’ve got TJ Lavin in as a contributor for course design for 2011. This means TJ will be filling Fuzzy Halls spot, who had taken a team manager roll with Red Bull last year, to handle all of the stops dirt courses. It will be interesting to see what comes from it. Maybe, just maybe, the fine folks over at the X-Games corporation (lol) will take note and pull their heads out of their asses and bring dirt back.

It also sounds like they are going to step on X-Games “cement park” features as well this year.
“Taking a new approach to skateboarding for the 2011 season, street courses will include concrete elements and be designed in conjunction with well known skate construction companies including California Skateparks. In addition, the Tour will feature skate bowl contests.

“I am looking forward to skating new and improved Dew Tour courses,” said Mountain Dew skate athlete Paul Rodriguez. “I think it’s great they’ve decided to change up the contest, and it should definitely help to showcase everyone’s talent.”

Sadly, I’m going out on a limb and saying pegs won’t be allowed at yet another cement park! haha

“Raising the stakes this year, the prize purse has increased per event along with the year-end bonuses.”

But that’s a perk… not for me, but I’m sure Garrett Reynolds is psyched.

Take the jump to read the whole release and 2011 schedule!