The 2nd annual Mongoose Jam is going to be happening this weekend at Woodward East. It looks like most of the guys have made their way out there and already started getting some riding time in. Take a peek at this teaser to see some of the riding they’ve been throwing down.

“Mongoose Jam 2013 at Woodward East is set to go off this weekend. Mongoose team riders Paul Ryan, Greg Illingworth, Steve McCann, Kevin Peraza and Ben Wallace hand-picked their teammates for this one of a kind Street, Dirt and Park contest. In addition to the pros, six lucky campers will also be selected to join the teams. Watch for videos from the Jam to be dropping all weekend.“

It looks like Mongoose is doing another jam and it’s turning into an annual thing. This year they’re taking it to Woodward East! Check out the full details in the press release below! If it goes anything like last years, it should turn out some awesome riding and good times.

“Madison, Wisc. – August 5, 2013 – Mongoose Bikes today announced the Second Annual Mongoose Jam to take place August 14 – 16 at Camp Woodward in Woodward, PA. Thirty pros and six amateurs will compete over a three-day period, and will push the boundaries of the sport of BMX with an authentic blend of camaraderie and grit.

Mongoose riders Greg Illingworth, Steve McCann, Paul Ryan, Ben Wallace, Cam White and new rider Kevin Peraza will each captain one of six teams at the BMX-only event. The Mongoose team captains have invited four pro BMX athletes to join each of their teams, and will draft one amateur rider from Camp Woodward campers during the Amateur Contest, the first contest to take place during the Mongoose Jam. Teams will earn points according to their placement in each contest – dirt, park and street – and an overall Mongoose Jam first place team will be crowned after the last event.

“Since its inception in 1974, Mongoose has been a leader in BMX, developing the strongest product and riders. This tradition continues with hosting the Mongoose Jam,” said Dave Duecker, Global Brand Director, Mongoose. “The inclusion of a Woodward camper in the amateur contest provides a once-in-a-lifetime opportunity for an up-and-coming rider to learn from the best in the sport. We’re extremely excited to host the second annual Mongoose Jam and be able to partner with Camp Woodward once again.”

“The Mongoose Jam is an exciting event and I’m glad to be part of it again,” said Mongoose Pro Rider Steve McCann. “Woodward is the perfect location to host an event. We’ll get to compete, mentor campers and most importantly, have fun riding BMX with our friends. That’s what it’s all about.”

Consumers will be able to watch edits from all three contests and other Jam events on Mongoose.com/jam, and live event updates will be posted on Twitter via @Mongoose. Keep up with the event and the latest news from the brand and its team riders at Facebook.com/MongooseBikes , and @Mongoose on Twitter and Instagram. For more information on Mongoose and their collection of BMX bikes, go to Mongoose.com.“

Cult‘s Chase Hawk, Chase DeHart, Alex Kennedy, Trey Jones, Russ Barone and Bobby Simmons spent a week out at Woodward East last week! This video gives you a look at all of the riding and good times they had while they were there! You know with a crew like this and Veesh behind the lens, this video is dialed. Check it, then hit this LINK to check out a bunch of photos!

“The CULT CREW hit up WOODWARD EAST for a week of fun with the campers…Psyched on all the riders we met and shredded with…Relaxed vibes made for some awesome SESSIONS, peep the edit and photo gallery and if you ever have a chance to hit WOODWARD definitely do it…
MUSIC:
Murphy Blend “Past has Gone”
Kendrick Lamar “HiiiPower”” 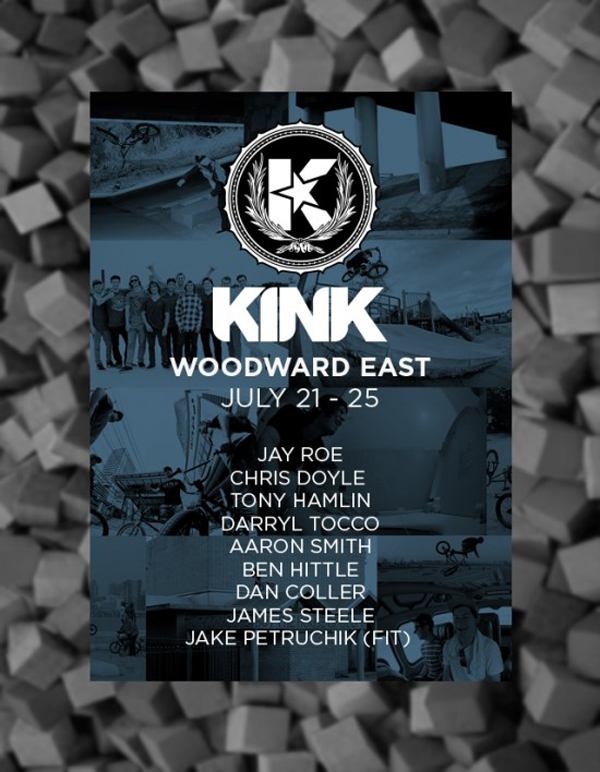 If you’re going to Woodward East July 21st – July 25th, you’re in for a treat! Most of the Kink team will be there to hang out and ride with you. Jay Roe, Chris Doyle, Tony Hamlin, Darryl Tocco, Aaron Smith, Ben Hittle, Dan Coller, James Steele and Jake Petruchik will all be around. So get stoked!

Check out this fresh video of Seth Klinger throwing down at Woodward East with the help of Ryan Nyquist. You already know both of these guys have some wild riding for you to check out! Hit play!

“Top-notch bicyclery from one of the most underrated riders in the game. Credit: Vital BMX“

Keith Schmidt comes through with some heavy moves for this new Power Hour! Take a look! 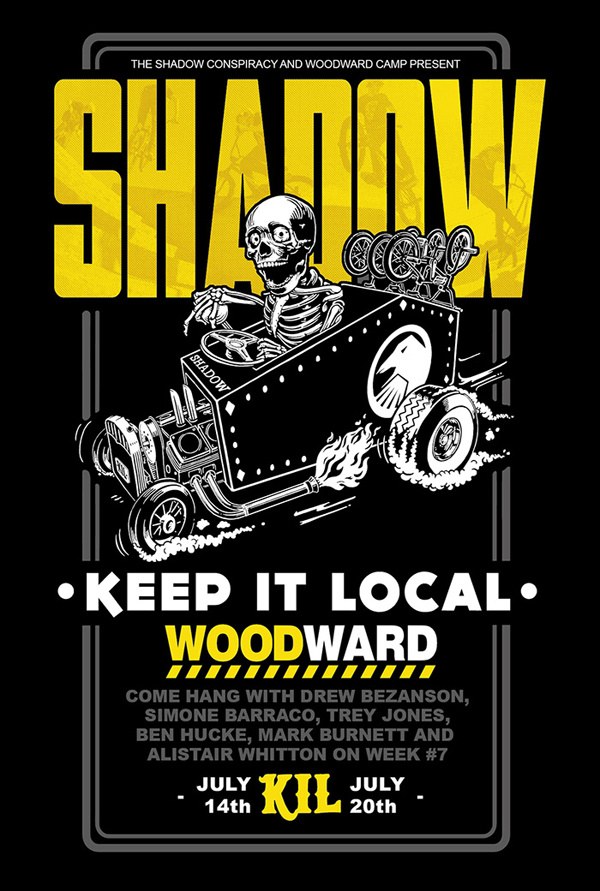 The Shadow Conspiracy team is heading to Woodward East from July 14th – 20th to spend some time shredding with the campers! If you’re planning on being there that week, you’re in for a hell of a good time!

“The Shadow crew will be at Camp Woodward East July 14th to July 20th (Week 7).
Drew Bezanson, Simone Barraco, Trey Jones, Ben Hucke, Mark Burnett and Alistair Whitton
will be riding with the campers, having fun events, and giving out tons of prizes all week long. Follow all the action on Instagram using #shadowwoodward and keep posted with all the
updates on the Woodward BMX & Shadow Facebook pages.”