Hell yeah! Jon over at Can You Dig It told us he had something good coming today and damn did he come through. Check out the full-length “The Minion” DVD from the Minersville trails! 41 minutes of pure trails gold. Enjoy!

“Flo Jos, Johnnys, Rollers, Up and At ‘Em, Thunder, Lightening, Hips, Bunker, Ladies, Subba Bubba, if any of those names mean something to you then you’re going to love what we have for you today. The amount of good times had at Minersville is absolutely immeasurable. I still remember being completely blown away the first time that I ever went there. I had been to Posh, Nam, Push, and countless other trails at the time, but there was just something different about that place. Over the next few years I headed North every chance I got to spend time riding and hanging in the woods with my extended trail family in Minersville, PA. Those are times that I’ll cherish for the rest of my life. Unfortunately they were cut short due to a sketchy kid and his overly litigious parents.

Minersville had it’s heyday long before everyone had a phone capable of shooting video. Hell, it was even before most of us could afford video cameras period. That combined with the fact that people were way more concerned with riding than filming back then has left Minersville living on more in people’s memories than in videos. Sure there’s some footage out there but you got to know where to find it.

Earlier this year Louis Delfino hit me up and said that he had a DVD that contained a ton of unseen Minersville footage. I was intrigued of course and it was decided that he’d send it to me and I’d try to get it up on the site. Months, a broken disc drive, and numerous temperamental cd ripping programs later I was finally able to get it done. I’ve watched the DVD quite a few times since Louis sent it to me and I’m psyched to finally be able to share it with the rest of you. I present you The Minion DVD, 41 minutes of Minersville footage that you’ve more than likely never laid eyes on. If that doesn’t put a smile on your face then I bet the soundtrack will. You may want to grab a cold Yuengling for this one!” – Can You Dig It 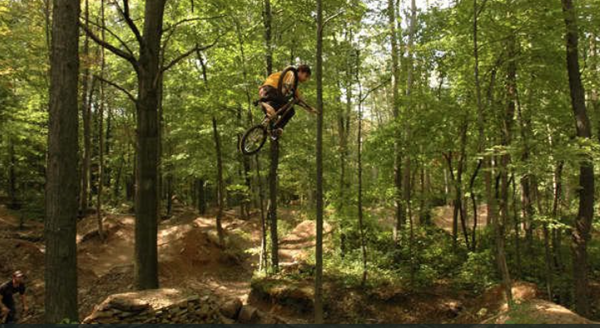