Red Bull coming in HOT with a new Three Day Metro Pass video! This time around Sergio Layos, Dan Foley, Kris Fox and Corey Walsh go to work on a bunch of different skateparks and spots around Vancouver! If this line up doesn’t SCREAM speed and style, than you are clearly out of the loop or off your meds! Hit play and watch these guys absolutely tear the place apart! After you watch the video, you can check out a bunch of rad photos and more from the trip over on the Red Bull website!

You know you’re in for something awesome when Red Bull releases one of their “Three Day Metro Pass” BMX videos. This time around, Corey Martinez, Chris Childs, Matt Nordstrom and Dillon Lloyd had three days to cruise the amazing spots the Montreal, Quebec, Canada has to offer! Hit play and check out some DAMN GOOD riding!

“Corey Martinez gathered a crew together and, with a Three Day Metro Pass in hand, headed to Montreal to enjoy what the city had to offer.
Sitting just a short plane ride away, and having never sessioned the city, before, Montreal was an easy choice. With an extensive metro system at our disposal, Corey, Chris Childs, Dillon Lloyd and Matt Nordstrom took to the streets to experience the French-Canadian metropolis firsthand.
The trip was bookended by sessions at the legendary Olympic Stadium. With nearly every street set-up at our disposal, and minimum security on show, the two days spent there produced banger after banger. Outside of the stadium, the crew found some tucked-away gems at schools and other buildings.

All the while, we enjoyed the different culture there too. Despite being only 40 miles from the US border, Montreal is the largest French-speaking city after Paris. We all had a good time trying to decode the menus, with varying degrees of success.

Even though we had a rain day, the trip overall was a huge success. Everyone rode like madmen, and with no injuries and smiles all around, we couldn’t have asked for much more.”

View a bunch of dialed photos from the trip on the Red Bull website — Three Day Metro Pass: Montreal Photos

END_OF_DOCUMENT_TOKEN_TO_BE_REPLACED

Red Bull just released their latest Three Day Metro Pass which features Matt Miller, Tony Hamlin, Chad Osburn and Jordan Hango going to work on street spots in Washington DC! We don’t see a ton of videos from this place, which is surprising… But based off this BMX video, we have a feeling we’ll be seeing more sooner than later because this place has spots on spots on spots.

Filmed and edited by Darryl Tocco

You can check out a photogallery by Andrew White from the trip here: Three Day Metro Pass: Washington DC Photogallery

“Washington DC is the epicentre of global politics, where movers continually reshape the policies that govern us. Somewhat of a sleeper city in terms of BMX coverage over the years, DC probably doesn’t stand out as a destination, which is exactly why we chose to explore it for the latest edition of Three Day Metro Pass.

Relying on only a three-day pass for the Washington Metro system and our bicycles, we saw what seemed to be a massive array of spots. With decent weather, a good crew in tow, and a location that kept our interest piqued, our experience of DC couldn’t have gone any better.”

END_OF_DOCUMENT_TOKEN_TO_BE_REPLACED

These Three Day Metro Pass videos from Red Bull have been amazing! This time around they took Anthony Perrin, Kilian Roth and Diogo Santos to Seville for a few days of spot hunting. It doesn’t look like Kilian had the best of luck on this trip, but he still stacked some heavy clips along with the other guys. It’s pretty crazy how much of a BMX hot spot Seville has been becoming lately. Hit play and enjoy all of the goodness in this BMX video!

END_OF_DOCUMENT_TOKEN_TO_BE_REPLACED

What happens when you send Simone Barraco, Mike Curley, Ed Zunda, Tom Deville and Courage Adams to Barcelona for three days to explore the city? Amazing riding of course! Check out the latest 3 Day Metro Pass from Red Bull above, then check out some additional words and photos by Andrew White here! You know you can’t pass this one up!

Filmed and edited by Hadrien Picard

END_OF_DOCUMENT_TOKEN_TO_BE_REPLACED 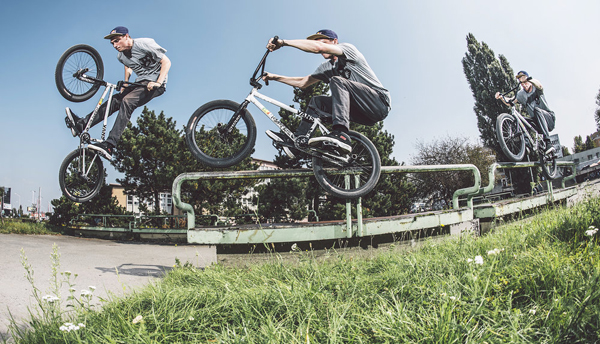 Did you catch that Three Day Metro Pass: Prague video from Red Bull the other day? Well, now you can check out some photos from Alex Kennedy, Bruno Hoffmann and Greg Layden’s trip by Fred Murray over on the Red Bull website! Get to it!

END_OF_DOCUMENT_TOKEN_TO_BE_REPLACED

What happens when you give Bruno Hoffmann, Alex Kennedy and Greg Layden 3 days to move around Prague to ride the street spots they come across along the way? GOOD THINGS. Check out this video Red Bull dropped featuring all three of these guys putting in the work during their short stay! Looks like it was a hell of a productive trip to me!

“The joy of travelling is enhanced by the diversity of life, and when it comes to street riding, it’s much the same. Every city is different, yet all can offer up something for anyone with open eyes and a creative mind. With that in mind, we gathered together street technicians Bruno Hoffmann, Alex Kennedy and BSD’s young gun, Greg Layden, and flew out to Prague in the Czech Republic to see what we could find with the help of a three-day metro pass.”