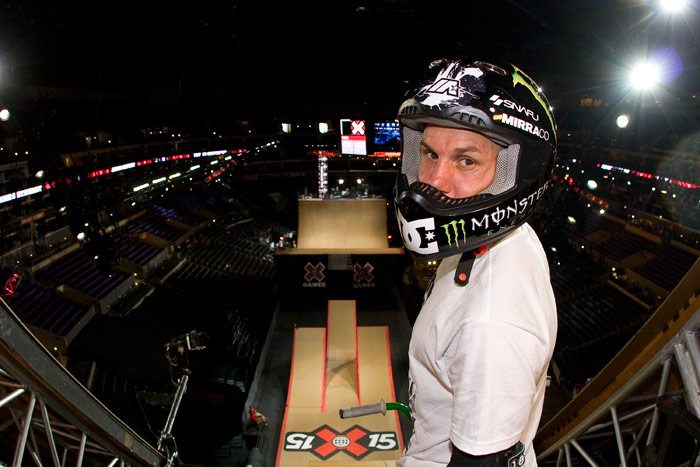 I’m in absolute shock right now trying to process this news. According to multiple news sources, Dave Mirra is no longer with us after apparently taking his own life. This is extremely shocking news in every aspect. Dave has undoubtably been one of the biggest figures in BMX’s history and this is definitely a blow to BMX riders all around the world who looked up to him for his contributions to this sport of ours. There’s multiple sources reporting on the news from TMZ, an ABC> affiliate and >CNN. Below you can find a release on the news.

Upon arrival, officers discovered 41-year-old Dave Mirra, of Greenville, sitting in a truck with an apparent self-inflicted gunshot wound. He had been visiting friends in the area a short time before the incident.

Considered an icon in the pro-BMX world, Mirra, was instrumental in bringing the sport to the City of Greenville, which now is home to more than 20 professional BMX riders. The record-holding athlete is survived by his wife and two children.

“We mourn the loss today of a great friend and wonderful human being who touched the lives of so many around the world with his gift. He called Greenville, North Carolina home and was as humble a guy talking with kids on a street corner about bikes as he was in his element on the world stage. A young life with so much to offer was taken too soon,” said City of Greenville Mayor Allen Thomas.

The Greenville Police Department will be handling the death investigation.

The family of Dave Mirra would appreciate privacy during this very difficult time.

If you or a loved one are struggling with suicidal thoughts, you are encouraged to seek help through the National Suicide Prevention Lifeline by calling 1-800-273-TALK.” – SOURCE: WCNC