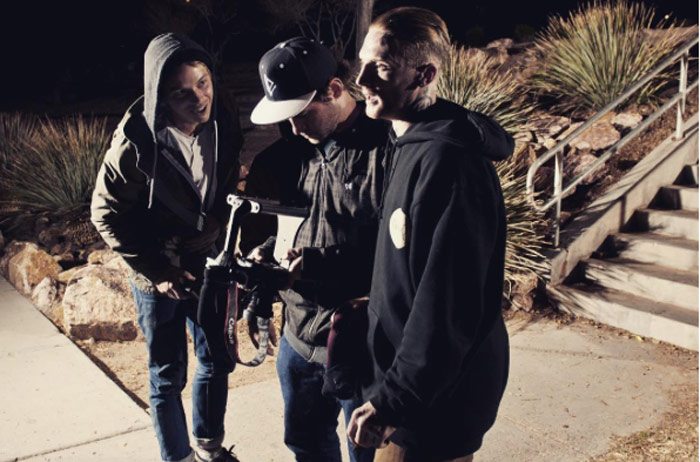 Well, here’s some surprising news. Dan Lacey has parted ways with Cinema Wheel Co. to focus more on Federal Bikes. Not too sure if this means we’ll see Dan’s part for “The Cinema Video”, but we sure hope that footage comes out some way or another. Get the full scoop below!

“We are sad to announce Dan Lacey has decided to step down from the Cinema pro team (on good terms) to concentrate on an expanded range of parts with @federalbikes.

I first met Dan in 2006, when I was in Hastings filming a project with Sebastian Keep. Dan was 17 at the time and working at Seventies Distribution packing orders. Then he picked up his bike and was absolutely destroying the warehouse ramps and it was obvious the kid had potential, a good head on his shoulders and surrounded by good people. Almost a decade later he’s traveled the world, won multiple Dew Tours, Rebel Jams, and plenty of other noteworthy comps, but more importantly, he’s brought unmatched style to the street riding game and put out some amazing video parts that people will watch as long as the Internet exists.. Lacey will be missed on future Cinema trips as he’s always the life of the party and keeps everyone laughing non stop. Cheers to Lacey for all the good times and best of luck with everything moving forward. – ” Will Stroud Cinema Wheel Co TM/Filmer