Next stop on the Frostbike 2017 agenda… Stolen Bikes and Fiction BMX! 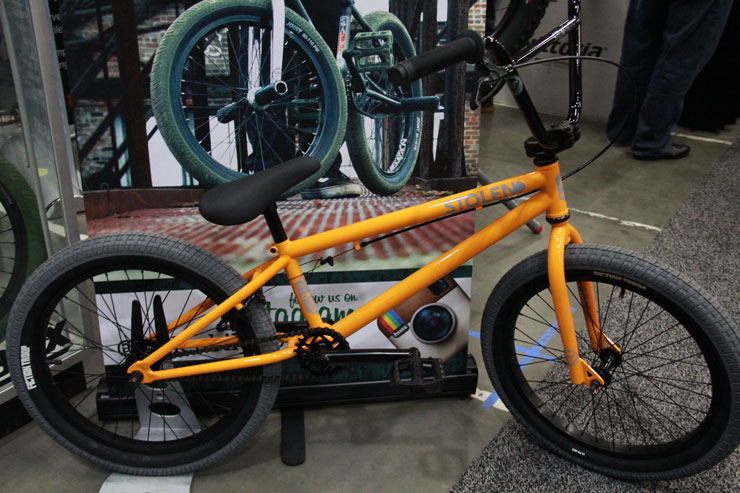 Cruising right along. Our next stop at Frostbike 2017 was the Stolen Bikes and Fiction BMX booth to get a look at the bikes and parts they had on display. They even had a few new items to check out, so let’s get into this! 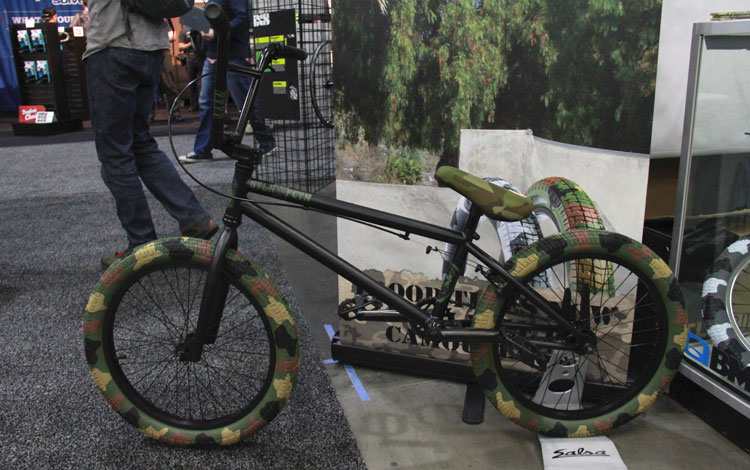 Two of the 2017 Stolen complete bikes. You can check out the full range of bikes here — Stolen 2017 Complete Bikes Catalog! 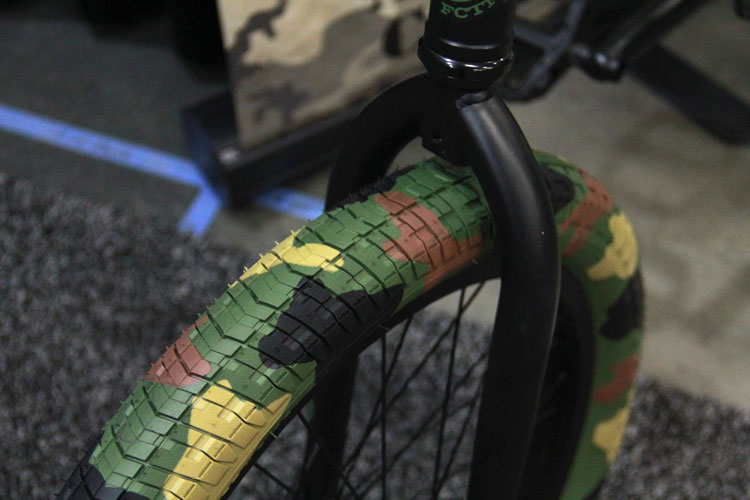 The Fiction Troop Tire has been a popular one with the camouflage color option. You can learn more about this tire right here. 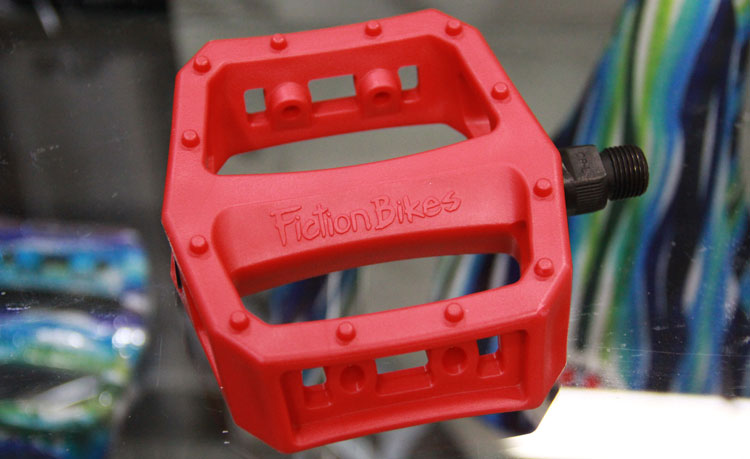 Here is a look at the new Fiction pedals that will be dropping soon. Word on the street is this pedal has become a favorite for the Stolen team. Affordable and get the job done. 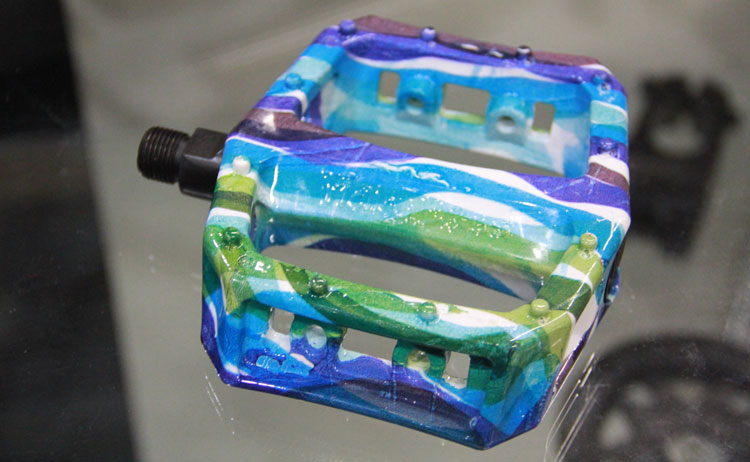 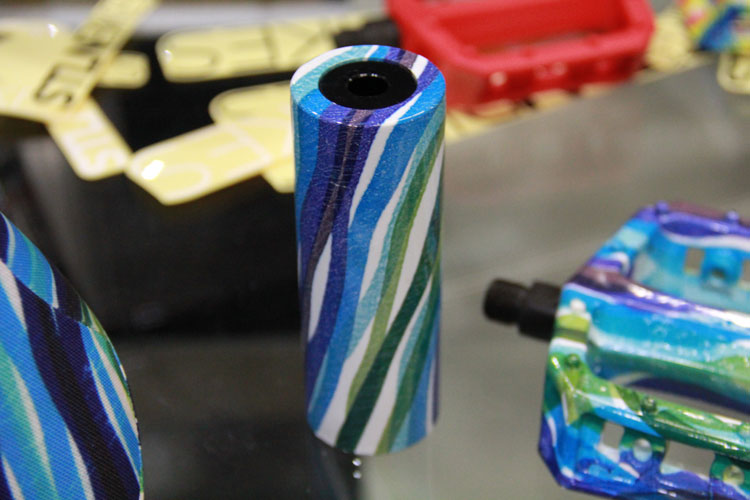 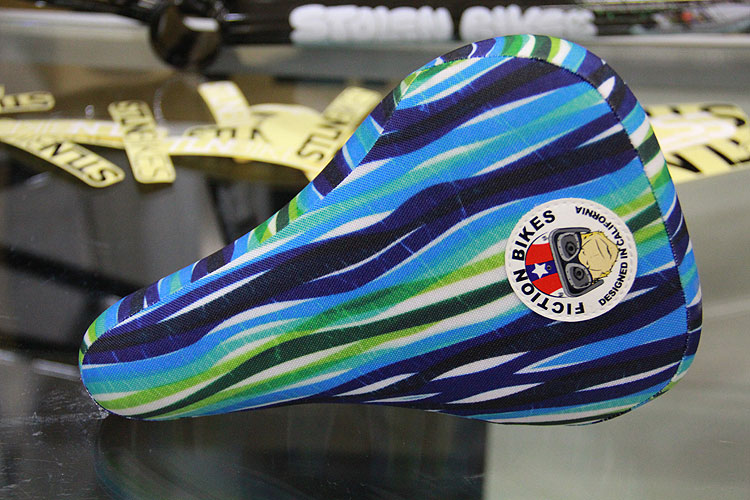 Fiction trying out a new colorway on their pegs, pedals and seat that might just appeal to those of you out there looking for something different. I didn’t catch the name of the color, but it’s coming soon, so we’ll keep you posted when it drops! 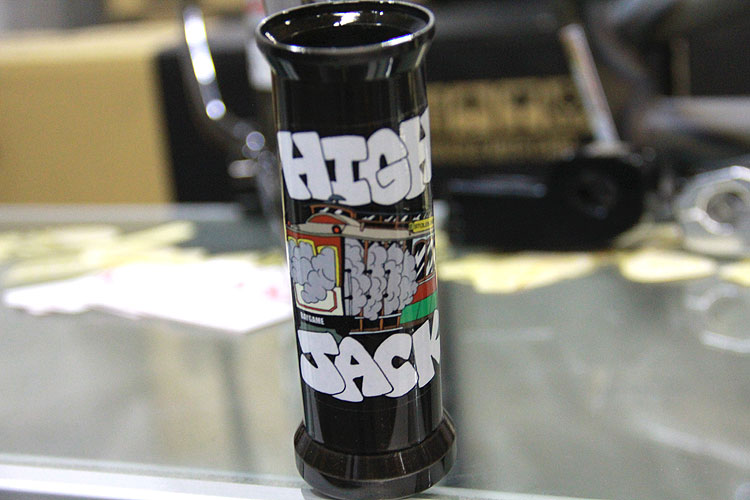 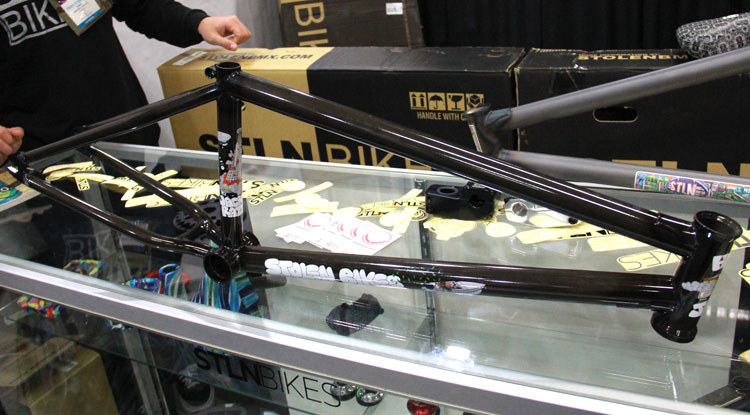 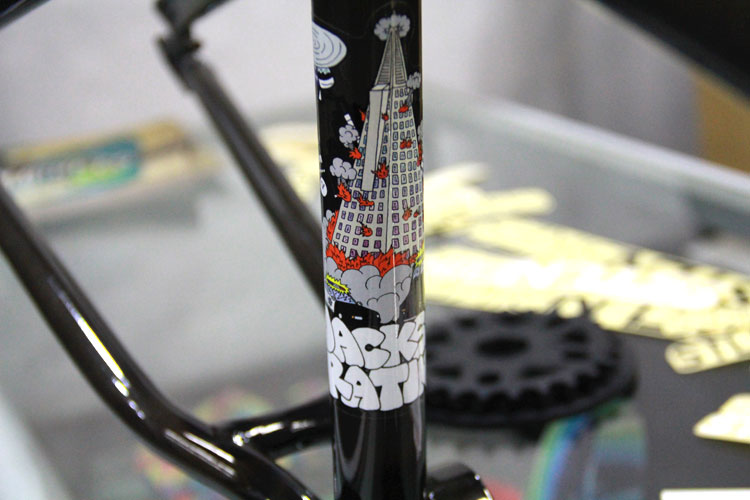 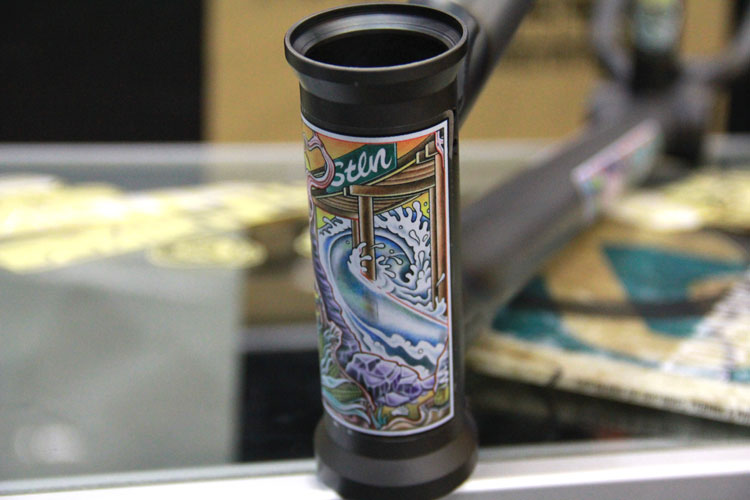 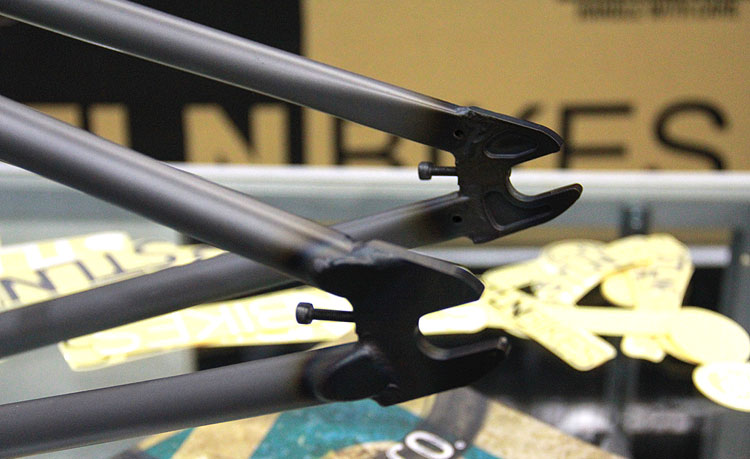 The new Stolen Sean Morr signature Connoisseur frame is similar to the Jackson Ratima frame, just different geometry and graphics. Overall, sturdy frame that’ll be able to take a beating on the streets. 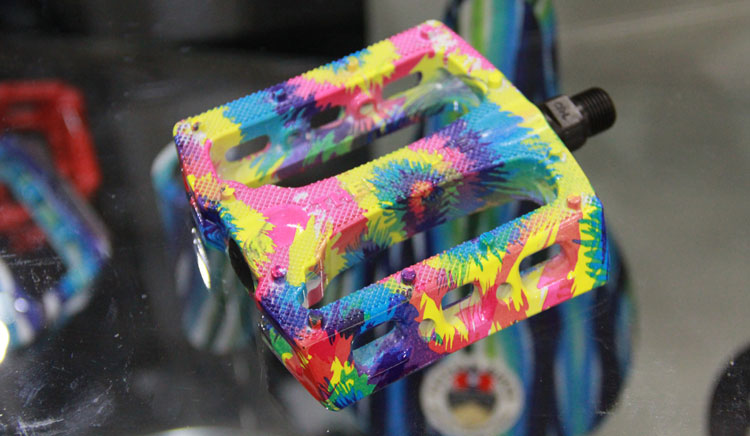 The Tie Dye Thermalite pedals have been out for a minute now and they will definitely catch your eye. 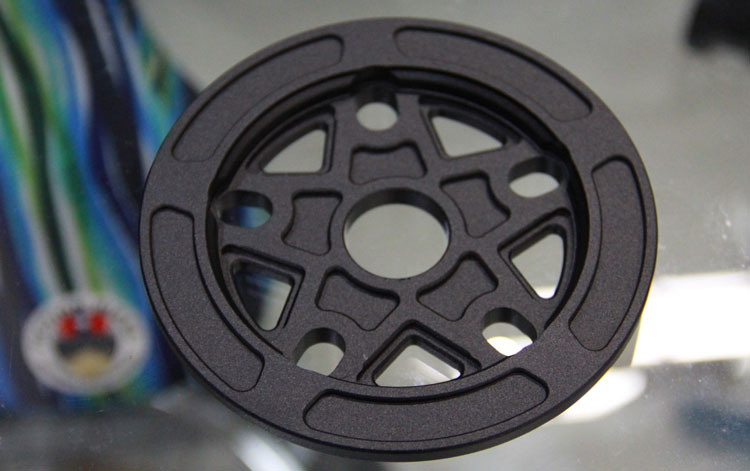 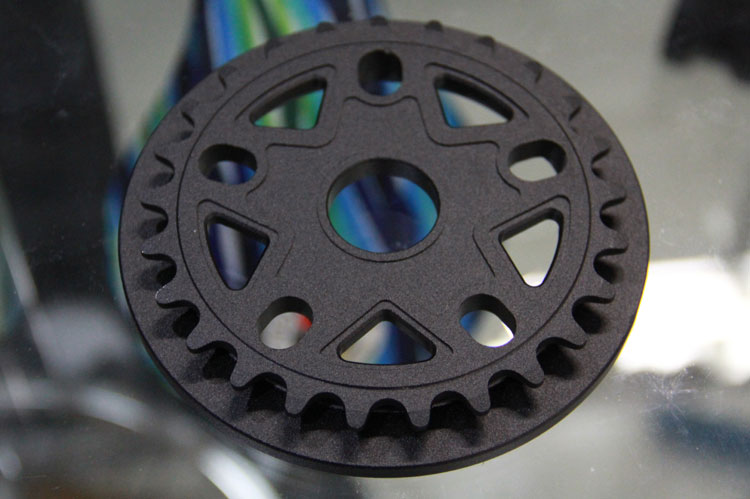 Stolen’s popular Sumo sprocket is now a full guard, one piece design versus the two piece they used to offer with the detachable guard. Clean and simple. 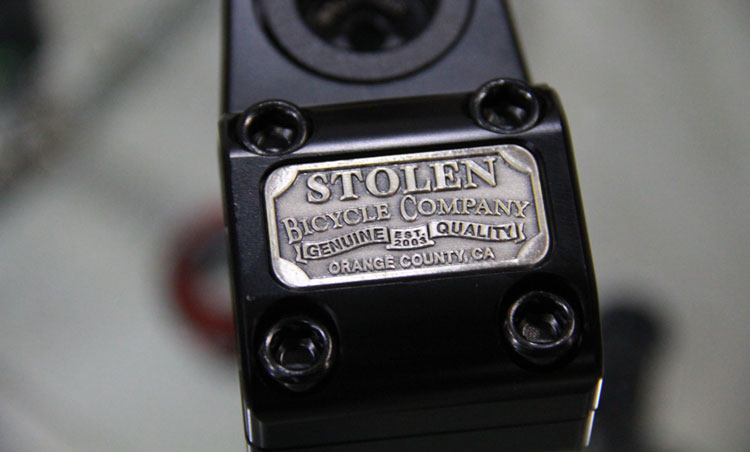 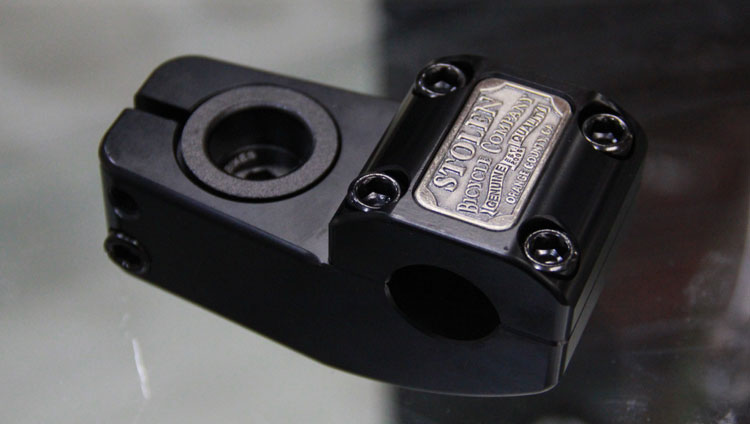 The new topload stem from Stolen comes in black and polished with these removable plates that come in a copper or black options. Looks pretty rad! 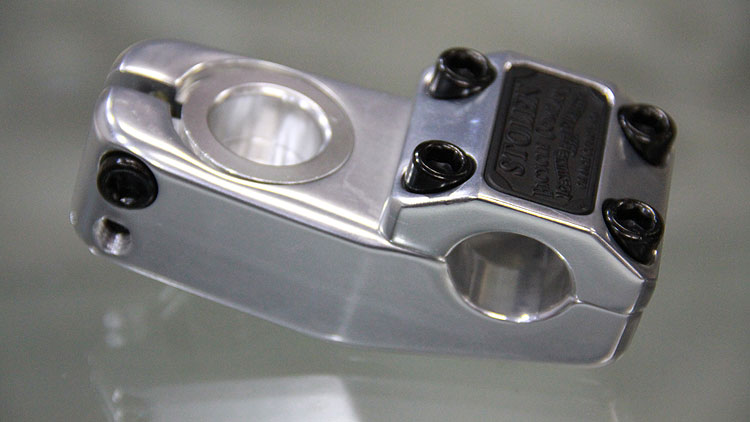 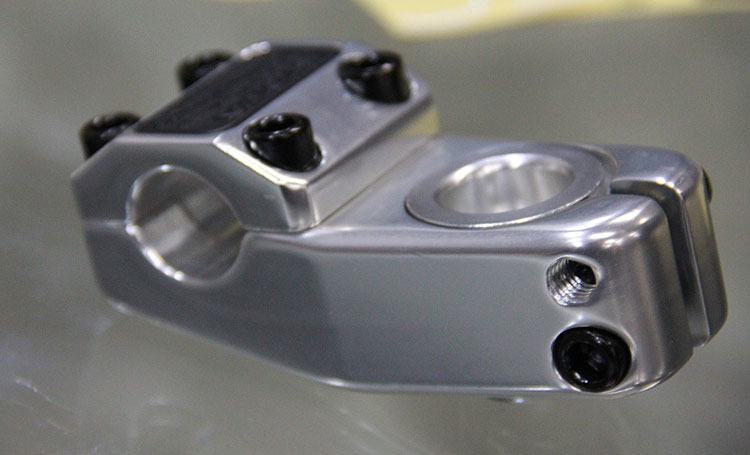 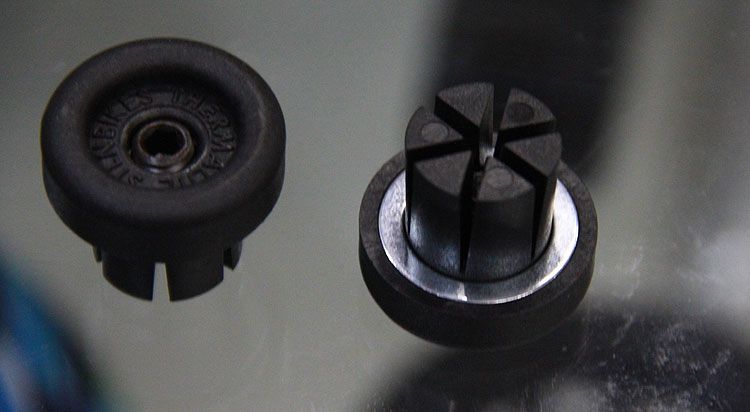 Here’s a look at the new Stolen bar ends that mix the Odyssey Par End with the Merritt bar ends with the built in washer to help keep the end from breaking off as easily. These will be hitting BMX shops and mail-orders soon, so keep an eye out for that if you’re in need of new bar ends and want something that’ll hold up.

That wraps things up with Stolen and Fiction at Frostbike 2017! On to the next one.