The final stop at Frostbike 2017! Let’s see what Subrosa had on display! 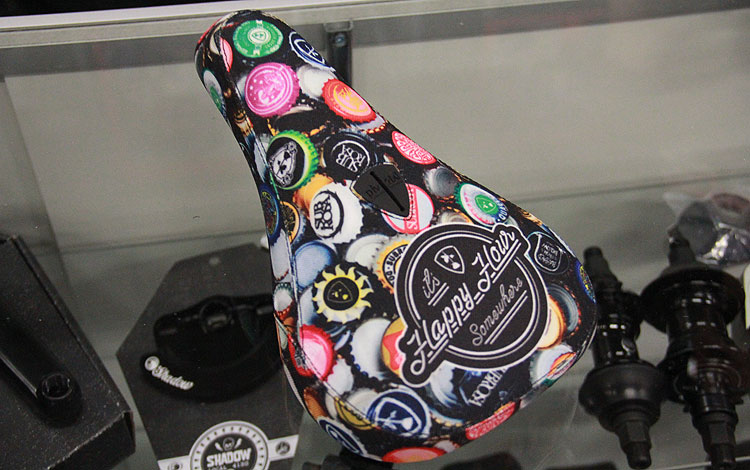 After checking out The Shadow Conspiracy’s Frostbike setup, we wanted to get a look at what Subrosa also had on display! They only had a few items, but there were a few new items to take in, so let’s get into this one!

Up top and right here is a look at the new Happy Hour seat that’ll be dropping sometime later this year. The seat is loaded with different bottle caps giving it a unique look. 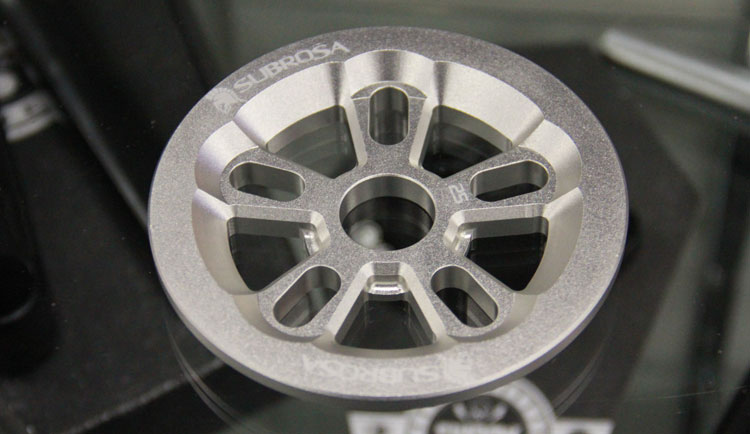 Here’s a look at Subrosa’s Magnum full guard sprockeet in the new Silver colorway that’ll be available on a few of their parts. 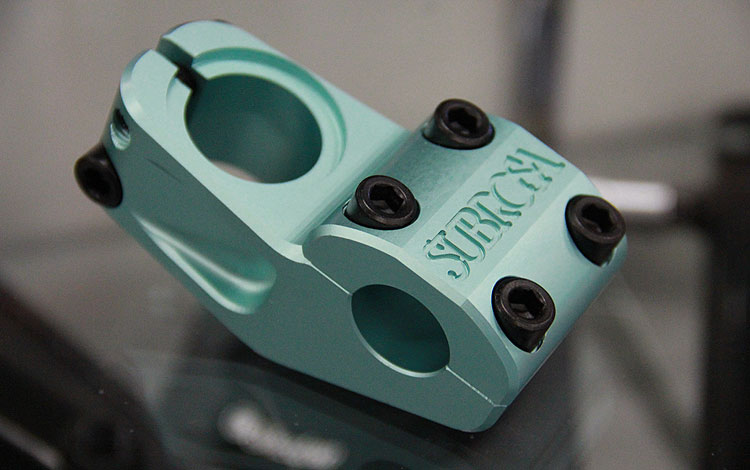 The Chula Upload top load stem is this new Mint green color that will also be making an appearance in 2017 with that Silver color. 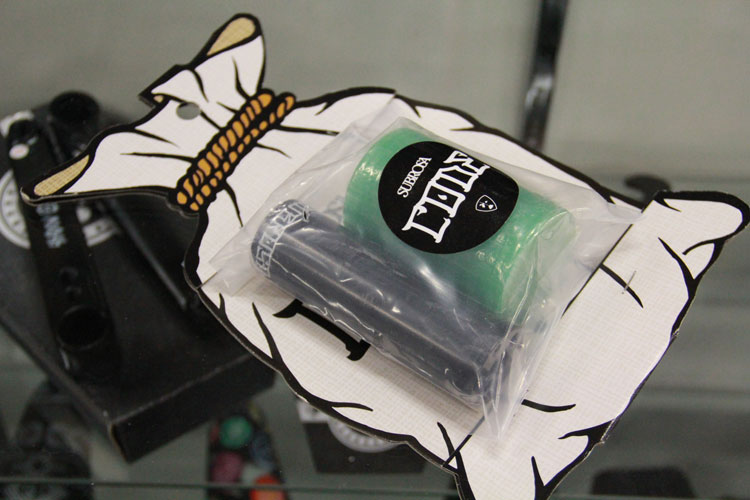 Lahsaan Kobza‘s new Code peg that comes with a bar of wax! 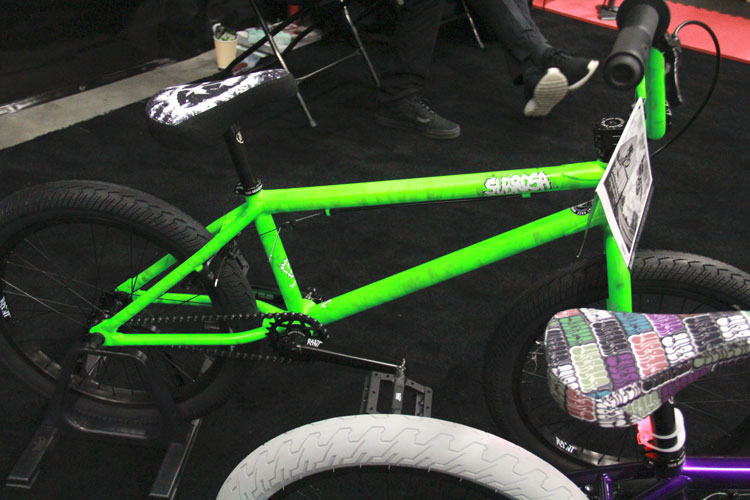 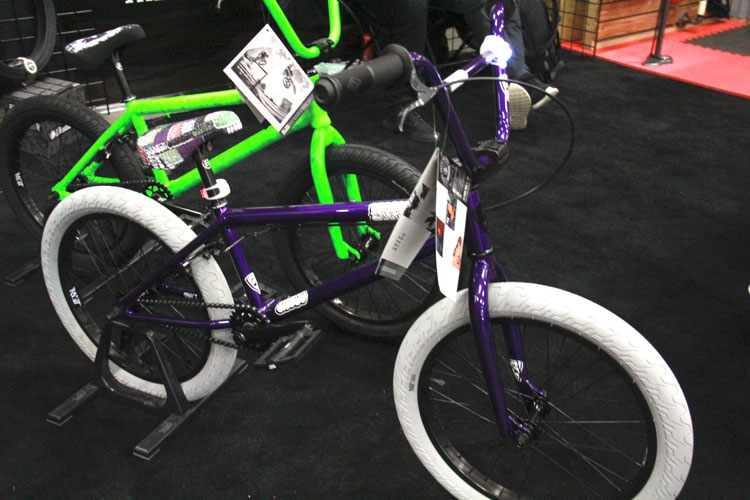 Subrosa have 17 different complete bikes from little beginner bikes on up to their 26″ bike and everything in between. Here’s a look at just two of those bikes! You can check out the full range here — Subrosa 2017 Complete Bikes! 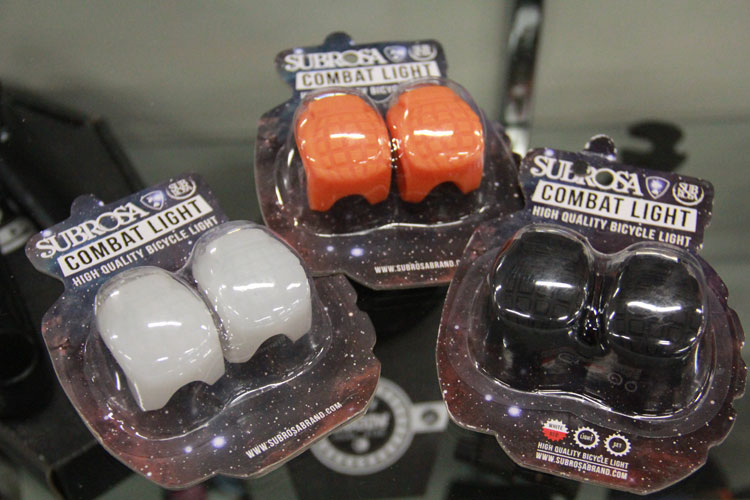 The Combat Light from Subrosa is now available in black, clear / white and orange! The lights have three settings, on, slow blink and fast blink with bright LED light bulbs to make sure people see you when you’re out cruising at night!

That wraps things up for Subrosa at Frostbike 2017! Check out more from the show below…