Let’s take a look at what The Shadow Conspiracy had on display at Frostbike 2017! 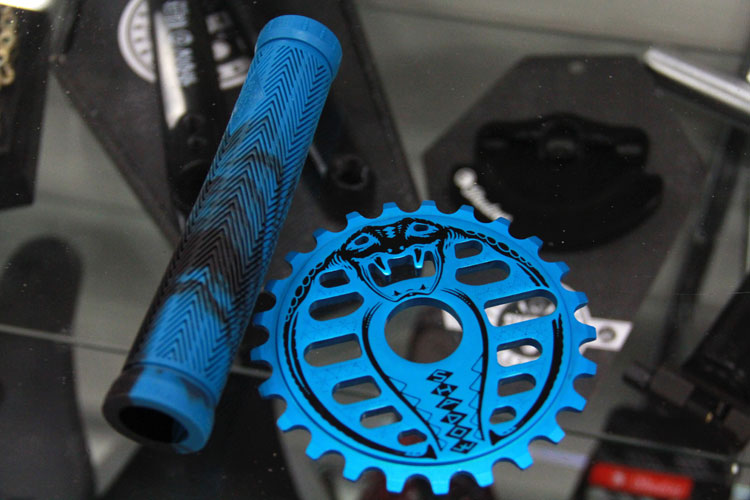 Our next stop at Frostbike 2017 was The Shadow Conspiracy booth to take a look at what Ronnie Bonner and the rest of the crew have been working on down in Florida. As always, there’s plenty of new items to take a look at, so let’s get into this and see what they have to offer.

Up top is a look at the new Blue and Black colorway. 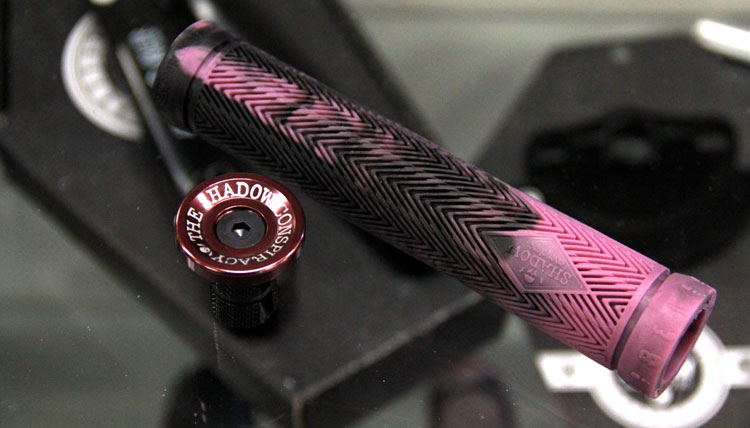 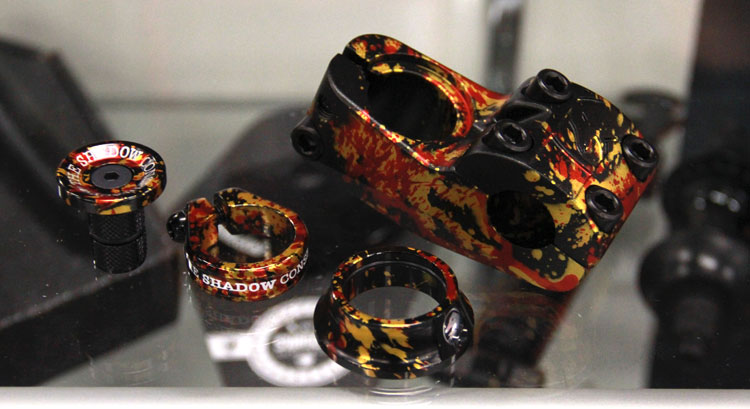 A little red, orange and black swirl for another color option that will be available soon as well. 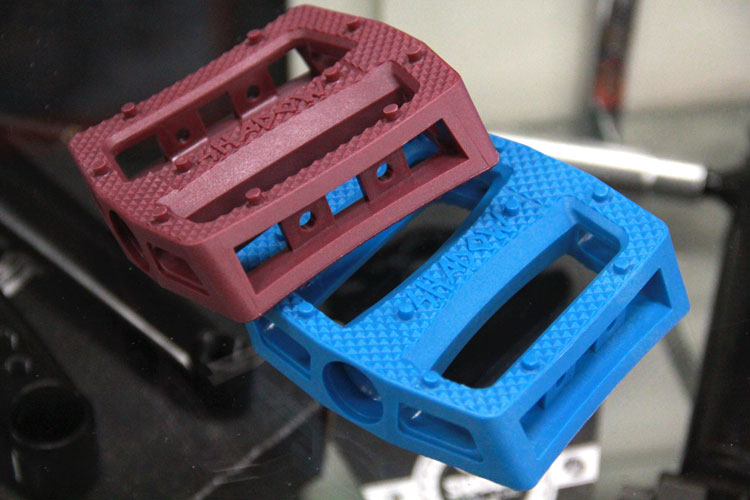 The Ravager plastic pedals will come in blue and purple as well. 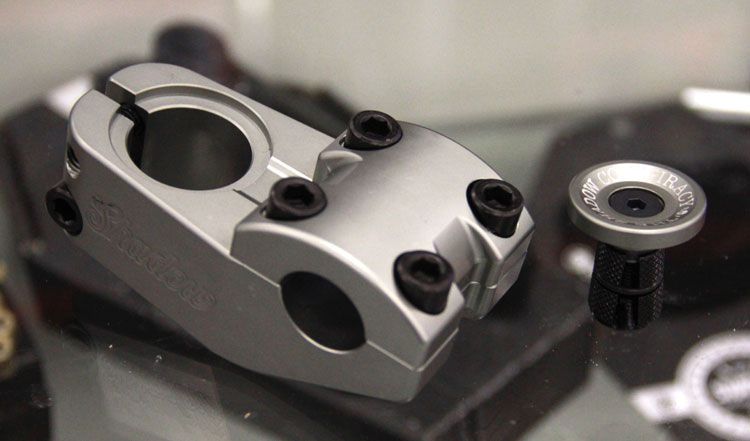 If you are looking for something a little less flashy, here’s the new grey colorway that will be available on a number of Shadow parts this year. 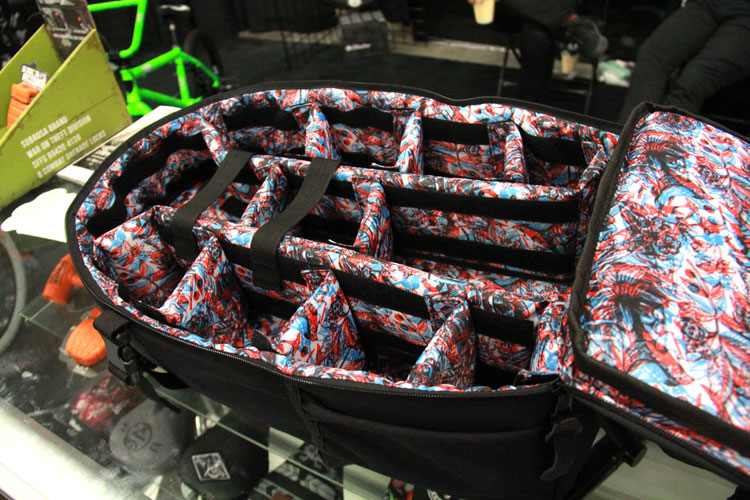 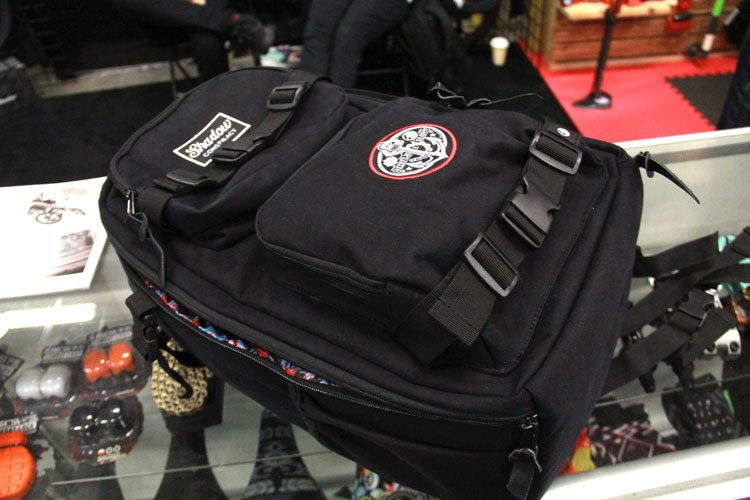 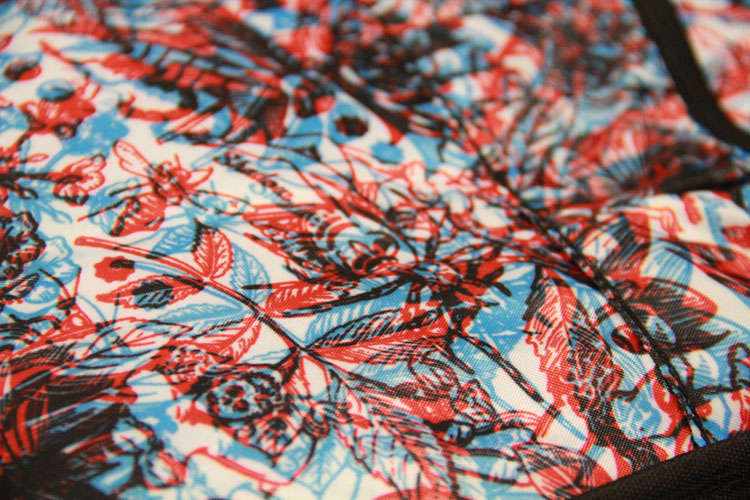 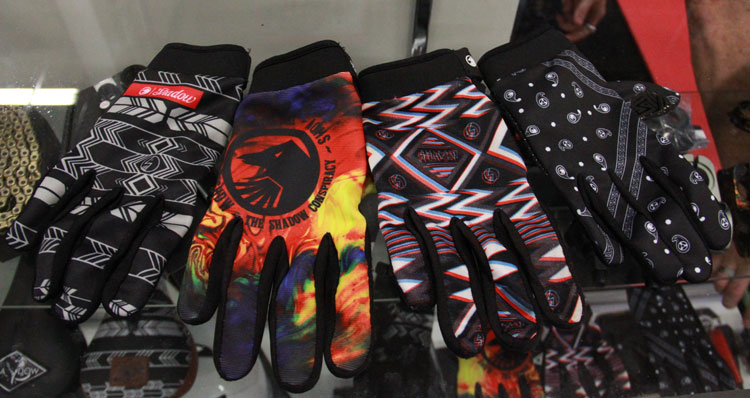 Shadow’s gloves now available in a handful of colors (pun intended there).

Here’s a look at the new Optimized freecoaster. You can get full specs and details on the hub here — Optimized Freecoaster 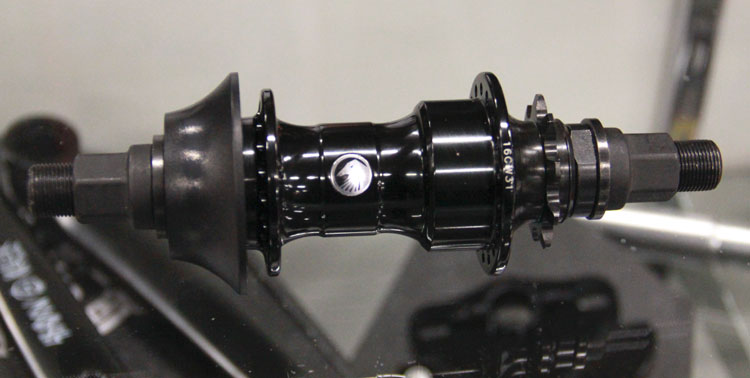 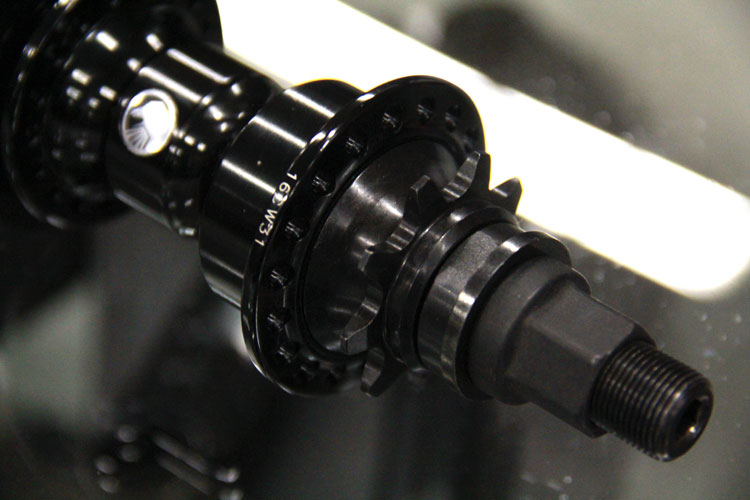 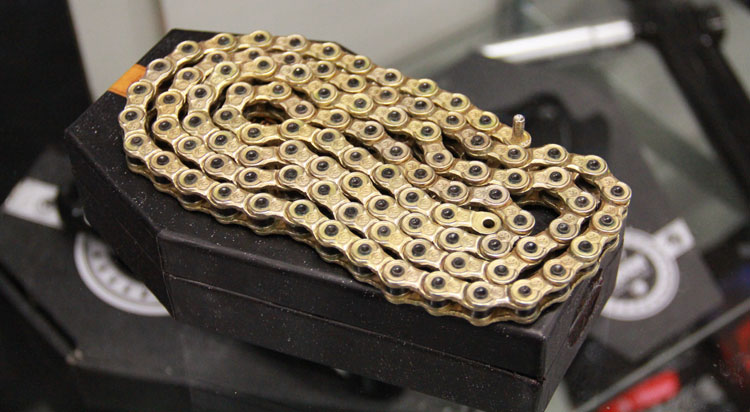 The Supreme Interlock chain is now available in gold for a color option! 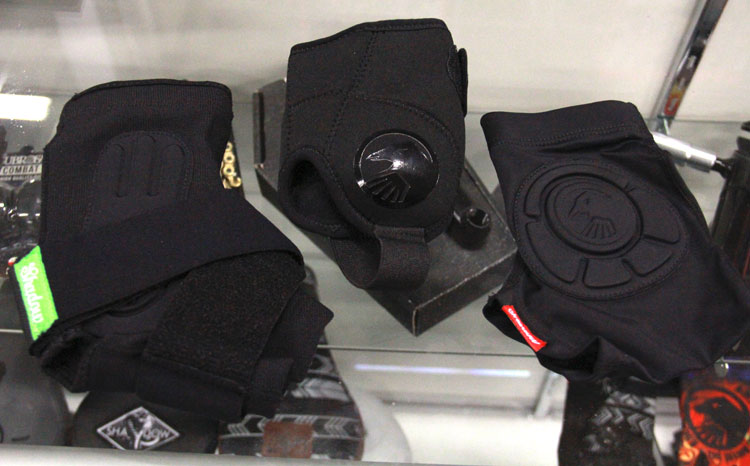 The Shadow Conspiracy offer a full range of pads for every situation from their Invisa-Lite series to their new Recovery series pads. 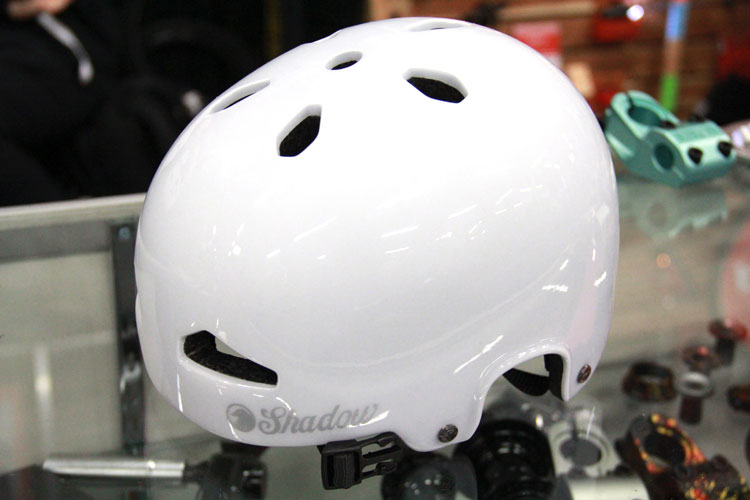 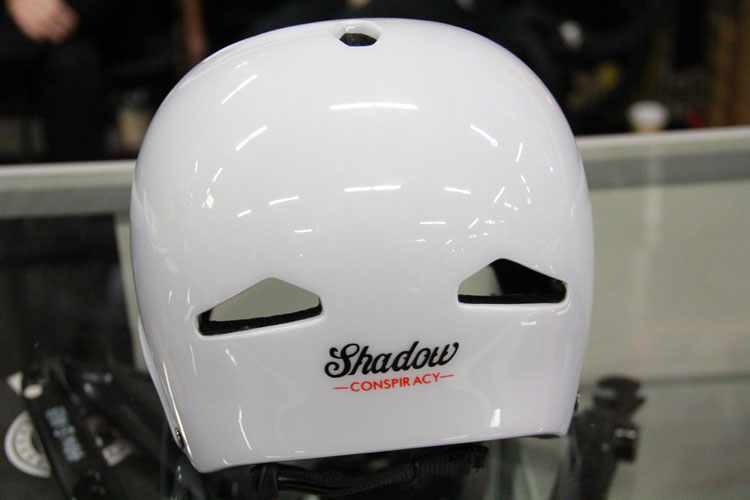 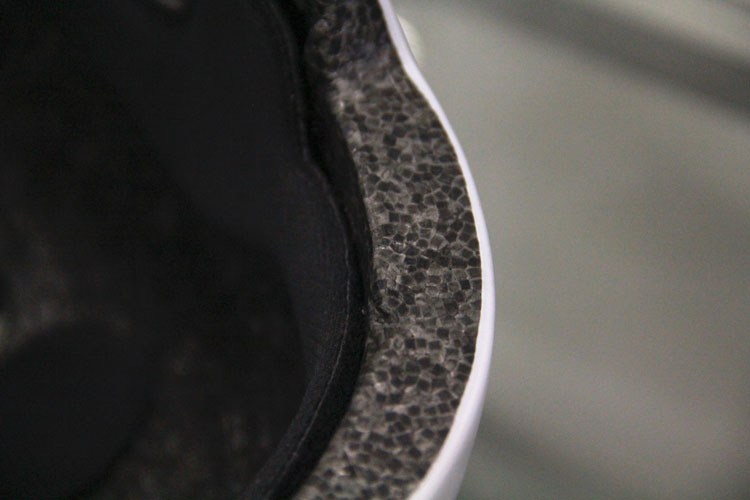 The Shadow Conspiracy have a new helmet coming that people should be really stoked on. It takes the classic look of the Pro-Tec Bucky Lasek helmet everyone loves, and gives it the CPSC certification and reduces a ton of the bulk. The inside features an inner padding shell that’s connected to the plastic outer shell that prevents the padding inside from moving, so impacts are absorbed better in the helmet and not your head. It’s also surprisingly light. So, if you have been considering a helmet, but you hate the way most fit or feel, this might just be what you need. I know I want one. 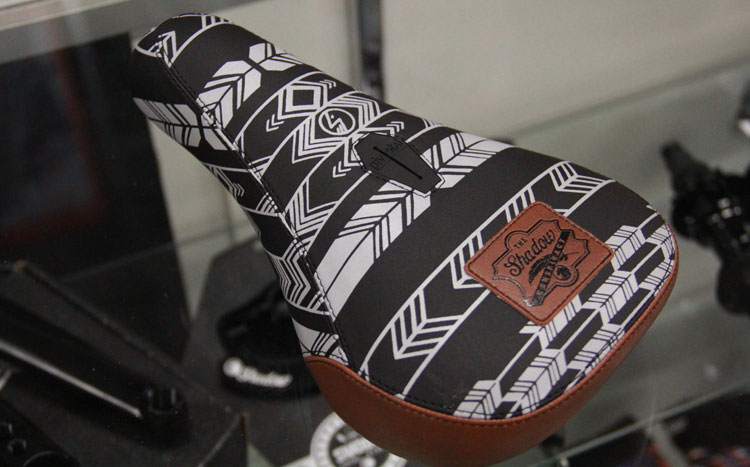 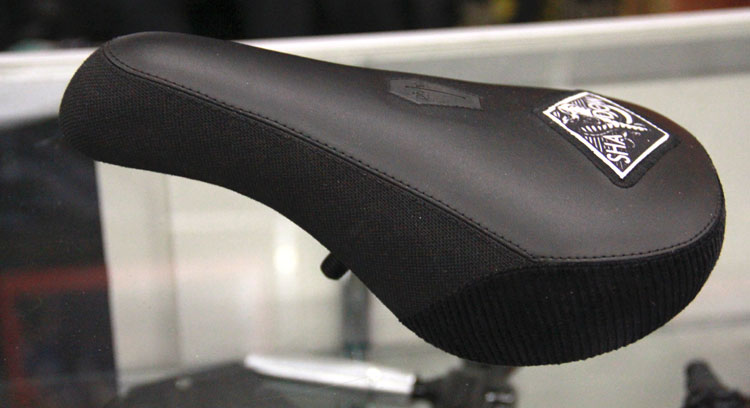 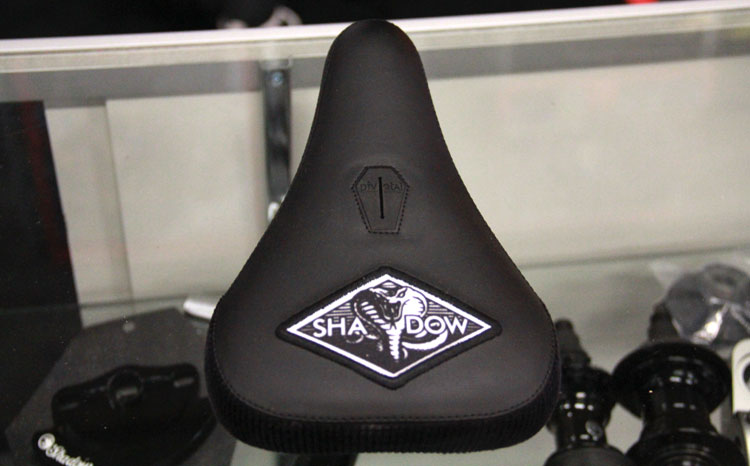 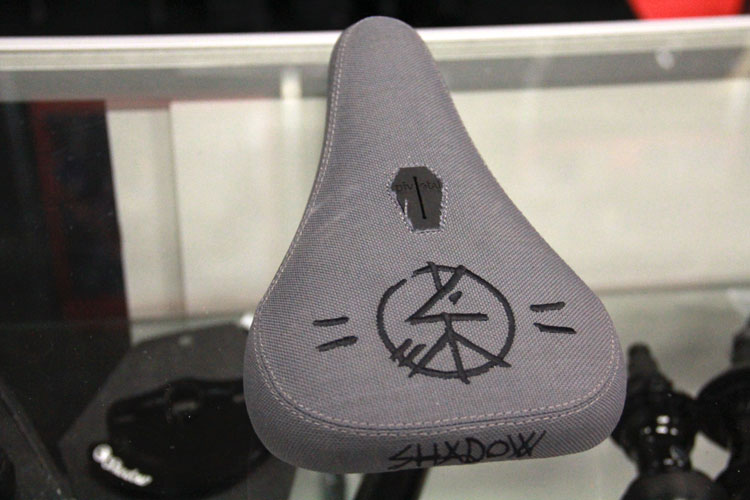 You know Simone Barraco is doing another seat as well. 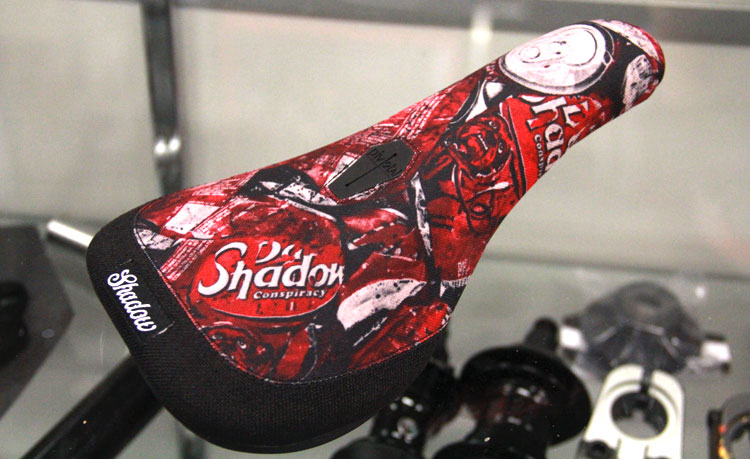 Here is a look at Trey Jones‘ new signature seat mixing his love for Dr. Pepper in the mix. 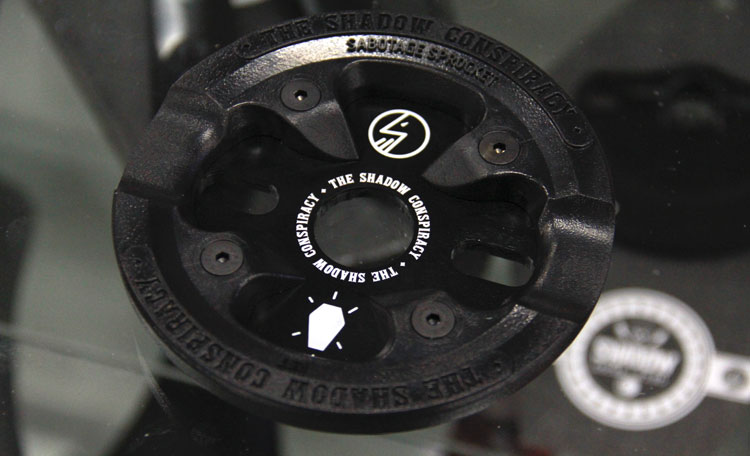 Last but not least, the new Sabotage guard sprocket. This sprocket has a detachable nylon guard that you can rotate or change out after it gets worn out from grinds! Coming soon!

That wraps things up at The Shadow Conspiracy‘s booth at Frostbike 2017!

You are here: Home / events / Frostbike 2017 – The Shadow Conspiracy