Support the artist and buy the song here:
iTunes

“Phil spent a few days in Southern California staying with Morgan Long. We had some bad weather the first couple of days, but managed to get some outdoor riding in on the good days. 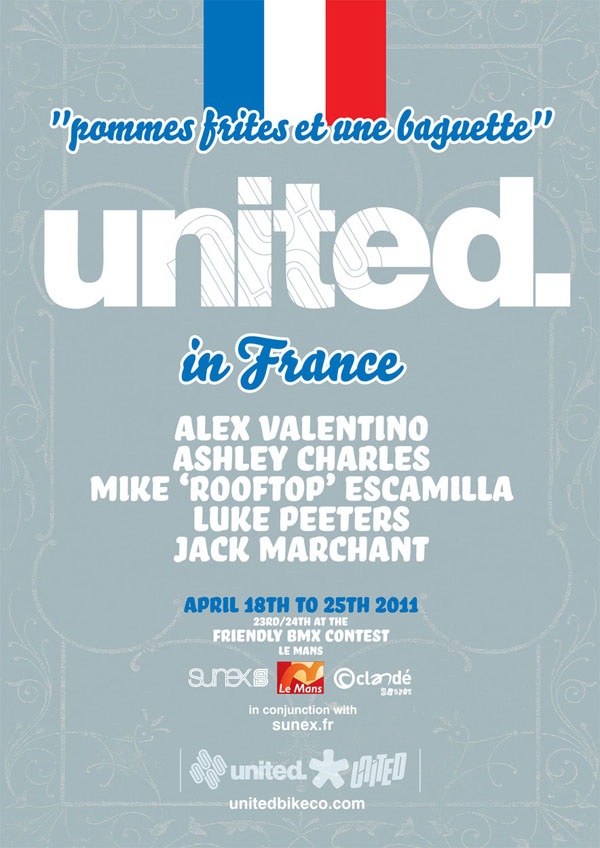 From April 18th through April 25th, some of the United team will be invading France to film and then hit the “Friendly” contest at the end of the trip. If you are in France, be on the look out!

Brought to you by Sunex and Clande Events.

More about the Friendly Contest here. 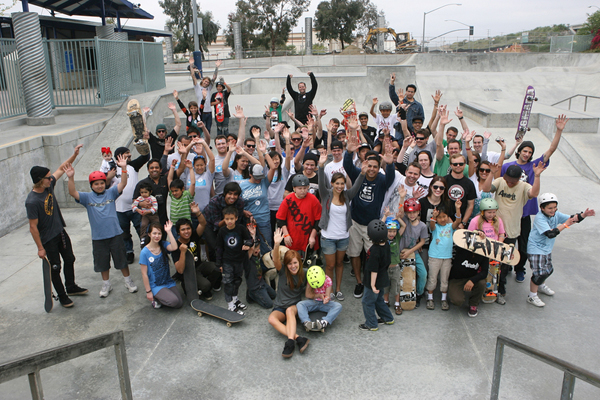 Etnies sent through an email that talks a little bit about the recent skate and BMX clinics they held at the Etnies park in Lake Forest (Not so Peg Friendly park). Nathan Williams and Ashley Charles were on hand to spend some time with the kids. Here’s the press release…

“April 5, 2011 (Lake Forest, CA) – Last Saturday, on World Autism Awareness Day, etnies, Autism Speaks and the A.skate Foundation provided a day of free skate clinics for kids on the autism spectrum at the etnies Skatepark of Lake Forest. With the help of more than 40 volunteers, including etnies team riders Jose Rojo, Kyle Leeper, Devine Calloway, Kyle Loza, Nathan Williams and Ashley Charles, 80 children with autism of all ages were provided with one-on-one skateboarding lessons, which serve as a unique social outlet for kids who often struggle with social interaction.

To watch the kids from etnies’ Skate Clinic with Autism Speaks and the A.skate Foundation shine on their skateboards, check out this video:Click here.

As each of the four clinics held throughout the day began, the children’s faces lit up with enjoyment when they had their feet planted on the board, their hands safely held on to by their helper and the vocal encouragement by their family and volunteers. The children’s excitement for skateboarding shone through.

etnies teamed up with Autism Speaks, North America’s largest autism science and advocacy organization, and the A.skate Foundation, an organization that allows children with autism to be a part of our social world through skateboarding, to provide children on the spectrum a day of fun while also raising awareness in the community of this prevalent disorder affecting one in 110 children.

etnies and Autism Speaks currently share a partnership on co-branded shoes which will provide a portion of the proceeds from sales to Autism Speaks. The etnies x Autism Speaks shoes can be found on the etnies site: here.

Shane Weston is out in Long Beach avoiding the cold in Tennessee. Nathan Williams got on his filming and editing game and tossed together some clips of Shane killing it for Almond. There’s even an Ashley Charles clip in there which is kind of funny because his edit yesterday was talking about how he couldn’t get into the U.S, but was getting sorted out. Weird how long brands can sit on edits I guess.

Ashley Charles spent some time in Hastings, England trying to get some riding time in the warehouse. It sounds like he got everything figured out with his visa and is heading to the U.S here soon so he can get an early spring since the video was filmed.