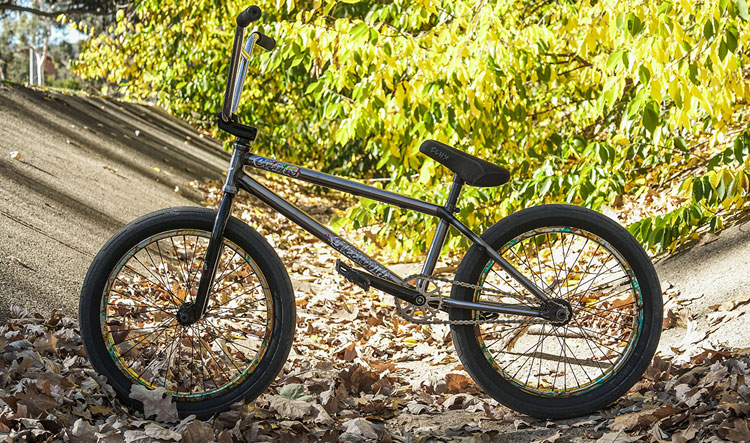 Curious what Dean Anderson is rolling around on these days? The crew at Colony caught up with Dean to take a closer look at his brand new raw Sweet Tooth setup that he’s been crushing it on as of late. There’s a whole bunch of photos and a full parts list to take in over on the Colony Website, so check that out! Looks like a dialed rig to us.

The Colony team was in heavy attendance this past weekend at the Sydney, Australia stop of the Vans BMX Pro Cup! Here’s a raw cut filled with footage from practice and the contest giving you a look at what they all threw down! No shortage of dialed riding from these guys, so hit play and enjoy!

Colony dropped another short but sweet “Behind the Clip” video for you to check out. This time around we get a look at a bit of a battle Dean Anderson had with a fakie front flip while working on his latest edit that is re-embedded below! Check it out!

“This was one of the earlier clips we filmed for Dean Anderson’s “No Holding Back” video part and it was the first time he’d tried a fakie frontie. He took a few hits up this bowl was perfect for it.” – Colony

The Colony team was in full force at the Slam Factory Jam!

The other weekend there was a jam at the Slam Factory Skatepark down in Australia and the Colony team had a heavy presence there! Here’s a video giving you a look at a ton of highlights from the Colony team and some of the other riders that showed up and threw down some bangers. It looks like it was a packed house and nothing short of a good time!

“Team riders Alex Hiam, Josh Dove, Jayden Fuller, Dean Anderson and Clint Millar, headed to Slam Factory Indoor Skatepark on the Central Coast in January to bring some of the NSW scene together for a good old fashioned jam. While the various crews who made the trip to Slam had unique riding styles — from tech-wizards in the bowl to trail-lords on the box jump and street-dogs on the flatrail — everyone had one thing in common; a massive smile on their faces as they shared a fun night riding bikes, catching up with old friends and making some new ones. Up-and-coming videographer Ben Norris from Sydney’s Northern Beaches came up to document the good times and this edit is the result.
BMX is welcome at all times at Slam Factory, so if you wanna ride there with your mates or pick up some Colony BMX products, check out http://slamfactory.com.au for opening hours.” – Colony BMX

Here’s a fresh batch of clips that Colony released from the sessions the crew caught during their trip to Sydney for the Vans BMX Pro Cup. This was filmed during park and trails sessions, which the crew put together some great riding, even though this has a real chill and relaxed vibe to it. Take a peek!

Parks we rode: Thornleigh and Greenhills along with Five Dock for the contest.We spent 6 days in Sydney” – Colony

The other weekend was the annual ACT Jam down in Australia. As expected, the Colony BMX team were there in full force. Here’s a raw cut of footage that was filmed during some of their sessions and the jam. Hit play to check out a ton of wild riding that went down!

The crew over at Colony just dropped a fresh Bike Check with Dean Anderson and his brand new Sweet Tooth setup that he’s running decked out top to bottom in Colony parts. You can check out a bunch of photos and a full parts list over on the Colony website right here!

What do you think of Dean’s new setup? Let us know what you’re thinking in the comments below!