Hell yeah! Now this is what we’re talking about! Haro‘s man in charge, John Buultjens, celebrated his 43rd birthday with a proper session at Area 43 with a few friends! Check out some front brake magic from John along with some additional clips from Dave White, Mike Parenti and Dennis McCoy! Old man John just crushing it!

END_OF_DOCUMENT_TOKEN_TO_BE_REPLACED

The Baco crew are one of a kind and the stories you hear about how people first met them is always so funny. Dennis McCoy goes back to 1988 to talk about how they met for this quick clip from the extras of “Push It To 11”! Funny story, the first time I met the Baco guys there was a midget, a mom and daughter stripper combo and like 11 state troopers involved…

“In this clip from the cutting room floor, Dennis McCoy talks about the first time he met the Baco boyz in Green Bay, WI. Get the full length Push It to 11 documentary at http://bacodesigns.com or on the Props download page propsbmx.com/download”

END_OF_DOCUMENT_TOKEN_TO_BE_REPLACED

Dirt Bros‘ Paul Covey went WAY back for this Flashback he put together. Check out some footage from the Aquafest Pro BMX Street Contest that happened back in August of 1990 down in Austin, Texas. Check out what went down from riders such as Dno Deluca, Davin Halford, Mat Hoffman, Mike Kranich, Rick Moliterno, Dennis McCoy, Pete Augustin and Vic Murphy!

Is it crazy to think 23 years later in October of 2013, the Texas Toast Jam went down in Austin, Texas?

Vans have started doing their animated Classic Tales series again! For the 2nd episode of the 2nd season, they sit down with Dennis McCoy to talk about a crash he took when he was 19 that lead to a very interesting day filled with crazy events making for a day you couldn’t forget.

“A teenage Dennis McCoy takes a huge practice bail that lands him in the hospital and off the tour. Does he almost die in an insane car wreck and watch a lady’s boobs explode? Yes. Yes he does.

Last month, some of the Vans team headed down to Chile to meet up with Coco Zurita to do a few demos, check out the parks and take in the sights! This video gives you a quick look at how the trip went. Looks like it was a hell of a good time to me!

“October, 2013. Coco Zurita and Vans Chile invited Colin Mackay, Dennis “DMC” McCoy and BMX team manager, Jerry Badders to Santiago for a weekend of BMX demo’s. First stop was the Betterland School, second stop was at the Vans Royal Side Stripe event at Parque Los Reyes, and the third stop was the Araucano Park. The boys were treated to beautiful weather, great food and a ton of BMX fans!

Dennis McCoy and Mike “Rooftop” Escamilla are over in Munich, Germany for the X-Games this week. While they had some down time, they went cruising around the city to check out what the place is like with their GoPro‘s. They came across some food and some surfing… yeah, I said surfing… in Germany. Check out this video ESPN BMX dropped giving you a look!

Vans recently sent some of their crew down to Guam to entertain the local kids along with get some relaxation time in. Take a look at this video giving you a look at everything they got into. This is rad.

“The Vans BMX crew took a trip to tropical Guam to hit up skateparks, do a little snorkeling and a put on a demo at the US Navy base. This is the Vans team’s third trip to Guam and it was just as hot as before. In this video, check out Gary Young, Alistair Whitton, Michael Steingraber, Dennis McCoy, Coco Zurita and Ryan Guettler as they embark on a BMX Adventurcation in the North Pacific Ocean.? 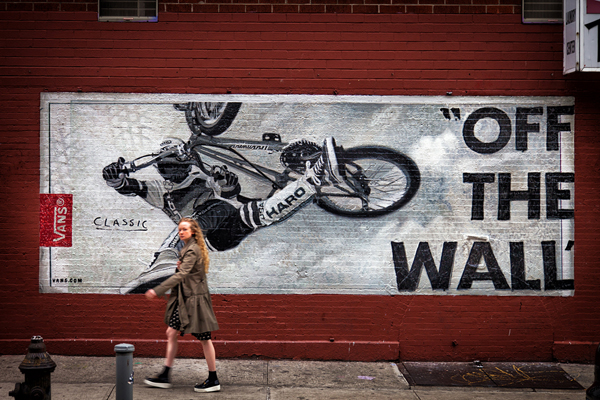 Head over to Defgrip to find out more about this crazy ad that Vans had painted featuring Dennis McCoy. So rad.