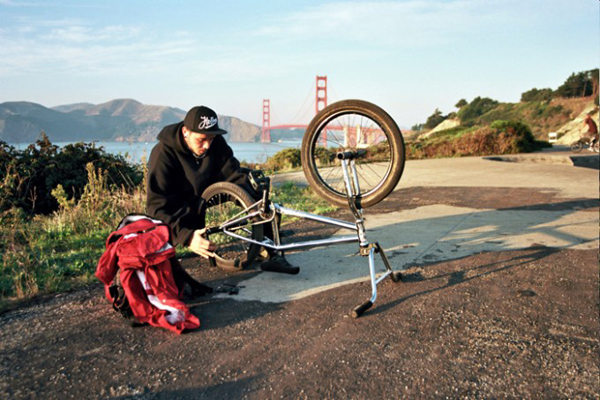 The Hoffman team has been growing lately. They wanted to give you an opportunity to get to know some of the new guys with some quick interviews and bike checks. So Click Here to find out more about Dylan Sparkman.

“I’ve known Dylan since he was about nine. He grew up in my town and has always been so stoked to ride his bike.
He’s never been concerned with what others are doing, he just seems to do his own thing. And that’s good to see these
days. Within the past couple years he made the move to Cali and has only seemed to progress at a fast pace. So with
that said; I’m stoked to welcome Dylan to the HB family. BAMA!!” – Seth Kimbrough

Head over to the Hoffman site to check out photos and past edits. Expect a welcome edit soon!

Filmed and Edited by Scott Bannan

“Bored in his hometown of Hartselle, Ala., Dylan Sparkman made the move to the San Francisco Bay Area a little over a year ago. Quickly making a name for himself locally, Bama attracted my attention — and that of Solid Bikes, Auviq, and Modify Watches through his ability to put together seemingly endless video-game-like combinations and lines, with proper style and some Southern steaze. Heavily influenced by Bama’s Seth Kimbrough and Corey Martinez, as well as riders such as Chase DeHart and Alex Magallan, Sparkmnas has progressed over the past six years to become a rider that can come up with something fresh and creative to do, regardless of where he’s at.” – ESPN