“Whilst I was at the guru jam, I caught up with Dub to film a new combo which actually he said this was the first one he pulled. He wants to add a lot more to it but the ant rider turbines to shove it backyard into junkyard is so nice! Enjoy! More fm clips to follow…. – Effraim Catlow

Here’s the latest episode of Flatweb TV that I spotted over on Flat Matters! This episode is pretty special because they’ve got a few guest hosts, including Effraim from Flat Matters, to talk about the Guru Jam that’s going down in Ohio this weekend. Take a peek!

“In this special Guru preview episode of FlatWebTV, we talk to Joe Cicman, Danny Sirkin and Effraim Catlow about all things Guru Jam 2013. A live look inside the Terradome with Tyler Gilliard even nailing a half-cab whip on cue. Be sure to watch the live stream on the 26th (check out gurujam2013.com for details).“ 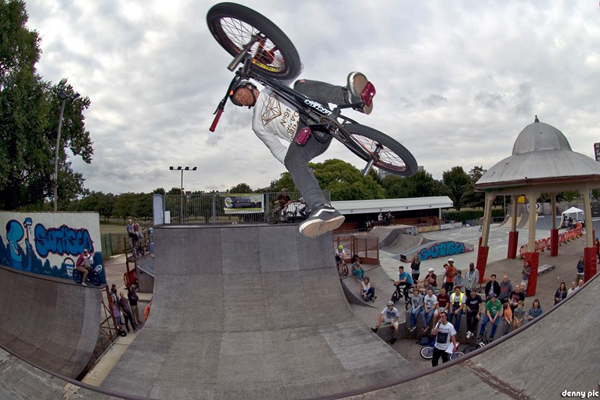 This past weekend, Effraim Catlow brought the legendary U.K contest, The King of Concrete, back to the Southsea skatepark! It sounds like it was a big success and based on what we’ve seen from footage that has surfaced over the course of the week, it was loaded with good times and real good riding. Take a peek at the official press release below and then check out the entire list of results right here!

“King Of Concrete – The RESULTS
Presented by EXTREME and Flatmatters

Southsea Skatepark relaunched the legendary King of Concrete BMX Competition over the August bank holiday weekend pulling in competitors from all over the world.

The legendary skatepark contest was scheduled for the traditional date, August Bank Holiday weekend. The King of Concrete competition utilises all areas of the skatepark. Classic Bowls, Fun box Challenge, Highest Air in Keyhole, Flatland, Spine Mini, Vert, Highest Bunnyhop, and Street over the course of the August Bank Holiday weekend.   Stack up the most points in all events, in the Pro and Amateur classes to win the King of Concrete, and Prince of Concrete titles.

Thanks:
Craig Stevens and Al Gosling at EXTREME, title sponsors of King of Concrete 2013!
Southsea Skatepark Company, all the staff at the park especially Ben Smith, James Weetch, and Matt Davis for their hard work throughout the weekend!
Deke, Emily and Jimmy C at the Honest Politician.
Tanya, Matt and Geoff at the Wedgewood Rooms for the sound system and Edge of Wedge Saturday night.
My parents for their support with the event, before hand and during the weekend.
Sohayla Esmaili and Jenna Boyson for their hard work all weekend running the contest behind the scenes.
Community Fusion and their volunteers.
Caroline and Steve at Pit Stop (the Skatepark café), Michael at the Sandwich Bar, Ronnie Remo and Mark Webb at Total BMX and Mike O’Connell for the awesome throwback soundtrack.
The judges, TTL Hank, Rob, Mike O’Connell, Screetch, Matti Hemmings, Chris Carter, James Smith, Johann Chan (shouts to Johann for the awesome flyer / t-shirt design), Matthew Maber for the photo for this year.
Everyone that promoted the event beforehand.
My girlfriend, Alex for putting up with a house full of flatlanders.
To everyone that came and supported King of Concrete 2013, it was a blast! We will be announcing dates for King of Concrete 2014 soon. We are starting work to improve the event, this year was a good start to the direction we want to go!”

Over the weekend, Effraim from Flat Matters brought the legendary King of Concrete contest back to Southsea. During the contest, they threw a flatland contest into the mix and the video above is of first place Thomas Noyer’s riding. You can find the 2nd and 3rd place videos by clicking here. Can’t wait to see what else went down for park! 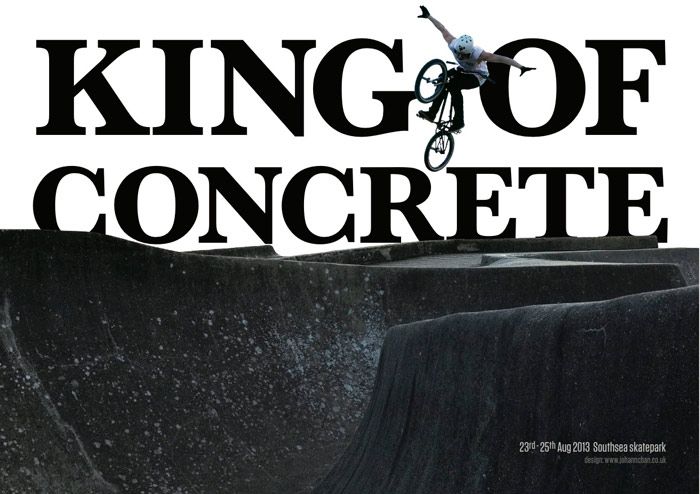 “We are happy to announce after a seven year hiatus that the King Of Concrete is back! The annual August Bank Holiday weekend BMX event returns to Southsea skatepark! Mark your calendars, August 23rd to 25th, 2013. King Of Concrete is a weekend event that caters for almost all different types of riding, we have legendary bowls, spine mini, flatland, vert, park and a highest bunnyhop competitions.
We are shooting for £2000 prize money purse for this year!
£1000 for flatland and park respectively. We have already had £200 donated by The Lab for best trick in the bowls, £100 donated by both The Pit Stop Cafe and The Sandwich Bar in Southsea. Thank you! Hope to see you there!

Our very own Effraim Catlow from Flat Matters has decided to step away from his sponsor, Junglerider. To bring the news and say thanks for the past two years, he put together this rad clip for you to check out!

“Unfortunately my signature e-frame isn’t going into production. In keeping with the Junglerider philosophy heres a clip I have been working on for a while, inspired by Martti Kuoppa and Sam Foakes. Thanks for the support Boss! Flatmatters!” 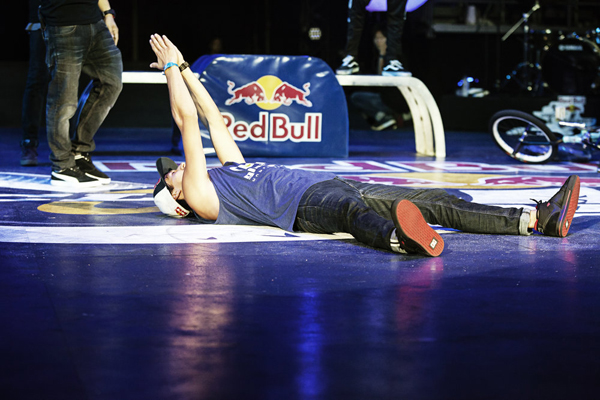 Effraim over at Flat Matters just dropped part three of the 2012 review he’s been compiling. This time around he’s got all of the best videos from September through the end of the December put together for your viewing pleasure. Go give all of that flatland goodness a look right here. 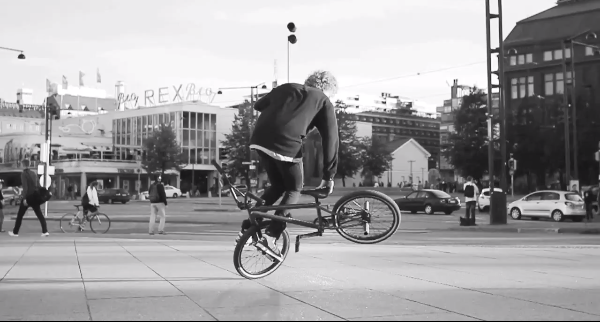 Effraim over at Flat-Matters dug through all of the posts he made over the past year and decided to compile a review of the best edits from 2012. He quickly realized this list is pretty massive, so he has broken it up into different parts. You can check out part one RIGHT HERE. Awesome.