The Gone Biking crew are back at it again. This time around they strapped the GoPro on for a full day of cruising spots in Los Angeles. As expected, they came across a bunch of real good spots and ended up with some dialed clips. One thing in particular that caught our eye are the camouflage tires that Sean Morr is running… It sounds like Fiction will be releasing them in the near future!

“Exploring around the LAX area with Morgan Long, Sean Morr, Jeff Z, and Colt Fake for another shredful GoneBiking episode.” 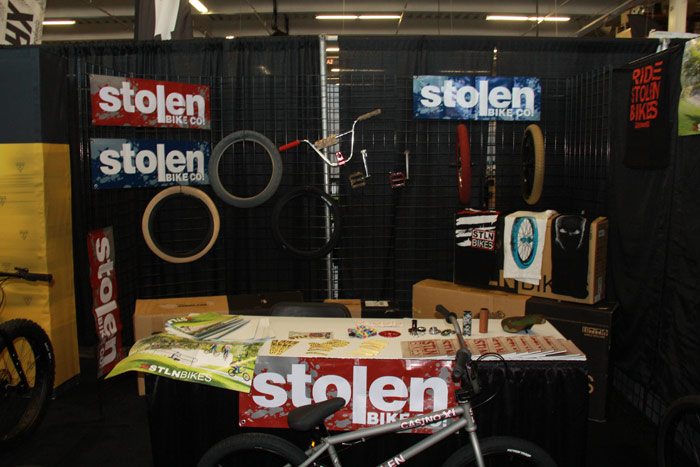 Let’s bounce on over to the Stolen Bikes booth to take a look at what they had on display here at Frostbike 2016. Although they had a limited amount of products on display from their extensive range of complete bikes, frames and parts, there was still a few new items. They even had a few Fiction BMX items on display took. Ready? Let’s take a look already!

END_OF_DOCUMENT_TOKEN_TO_BE_REPLACED

Alright, let’s keep the party going! Next up we’re going to take a look at what Stolen Bike Co. and Fiction BMX had to show off in the QBMX booth! As always, you get a lot of bang for your buck with the Stolen and Fiction products and it looks like they have quite a few new additions for this year. Let’s take a look!