END_OF_DOCUMENT_TOKEN_TO_BE_REPLACED

Don’t forget you can check out “Footwork” in its entirety over on the Orchid website!

Orchid have been regaining some speed the past week or two which has been good to see. They’ve also went and made their whole “Footwork” DVD available for your viewing pleasure. Hit this LINK to check it! Definitely a must see video for sure. 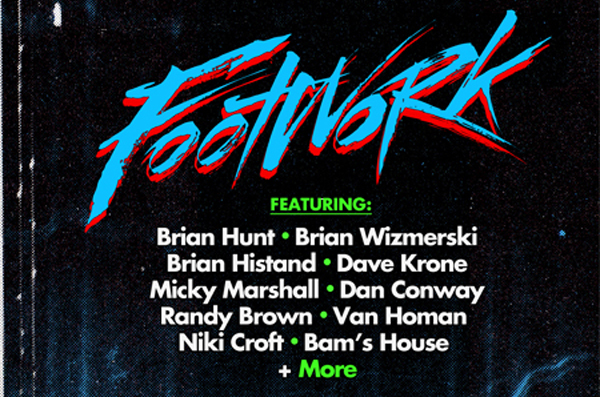 Need a new pair of shoes? Want a new DVD to get psyched on before you go riding? Well, Orchid is now giving you a free copy of their new “Footwork” video with every pair of shoes you buy. It’s a good deal since that video turned out awesome. More information here.

I’m not going to lie, this teaser is awesome. Simply because I’ve seen the video and this is one of my favorite clips from the video. You can pick up the video for $10 over on the Orchid site, or anywhere Orchid is sold like the mail-orders.

“This is a scrap edit made for Least Most featuring a bunch of leftovers from Orchid’s “Footwork” filming sessions. Try not to take it too seriously! Filmed by Ryan Navazio. Edited by Derek Adams.

DVD copies of Footwork are available now for $10.
orchidfootwear.com
leastmost.com“

The Least Most dropped this new video featuring scrap clips from the Orchid video. The video is out now and you can pick it up for $10 from the Orchid site. You know that’s in your budget. You can check out my review of the video here if you actually need convincing? Van Homan, Niki Croft, Brian Hunt, Brian Histand, Dan Conway, Brian Wizmerski and crew all kill the video. Enough said.

Filmed by Ryan Navazio
Edited by Derek Adams (who apparently has done some editing in his day? Haha, some of you will get that) A few weeks back, Derek Adams and I were talking about the Orchid On the Horizon we are working on. We started talking about their new DVD that was nearing completion at the time entitled “Footwork”. Derek asked if I would be interested in checking out an advanced copy. There’s no way I could say no with guys like Van Homan, Niki Croft, Brian Hunt and Brian Wizmerski in the line up. Fast forward to a few days ago and I get a package in the mail from Pennsylvania with a DVD enclosed. Opening the package left me wondering what to expect since it came in an old 8 Mile Bonus dvd case with a burned DVD-R inside. It’s BMX, you gotta be ready for humor like that. I tossed in the video and here’s what I thought…
END_OF_DOCUMENT_TOKEN_TO_BE_REPLACED