Odyssey coming in hot with a fresh BMX video featuring Jacob Cable, Travis Hughes, Broc Raiford and Justin Spriet putting the Clutch Freecoaster to heavy use! If you’re looking for grinds and freecoaster action… You cannot pass this one up!

Oh yeah, there’s also a brand new Odyssey website for you to check out. Hit up OdysseyBMX.com and have a look!

“Over the last few months, Jacob Cable, Travis Hughes, Broc Raiford and Justin Spriet all stunted on their Clutch freecoaster hubs for the camera of Francis Castro. Sit back and enjoy then hit up your local bike shop or favorite mailorder and ask for the Clutch.

Our Clutch Freecoaster is available now as a Hub Only or in a Complete Wheel laced to our Hazard Lite Rim. 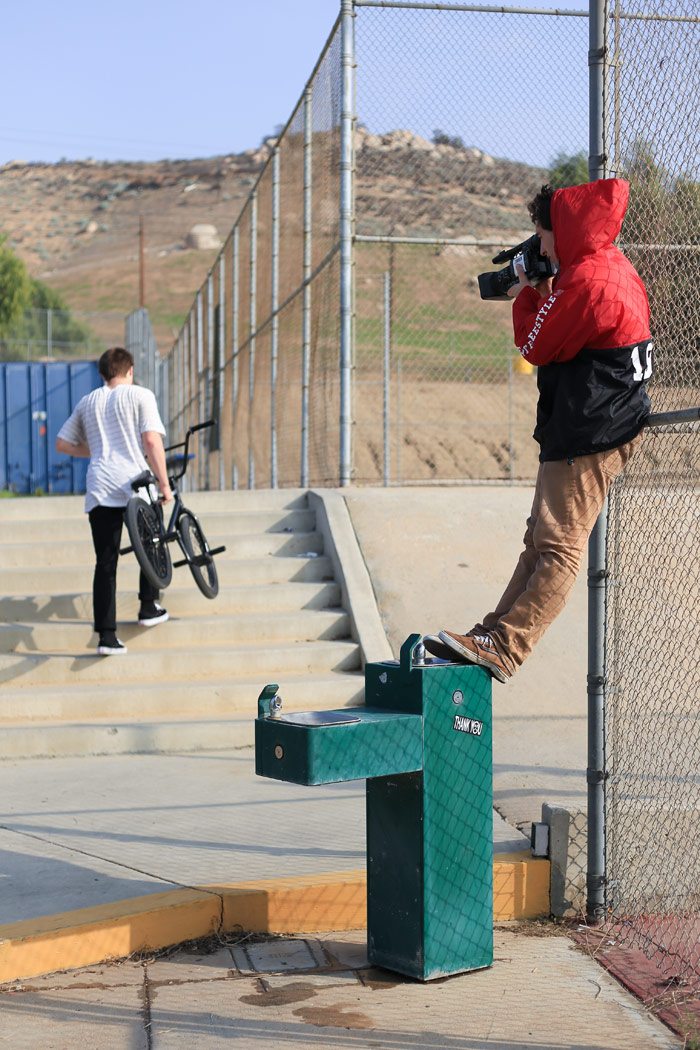 Have you ever watched a BMX video that really made you feel like you’re in an older generation of riders than what’s going on right now? This video Fit Bike Co. released from the trip that their young guns Justin Spriet, Matt Nordstrom and Ethan Corriere took to San Francisco did that exact thing for us, haha. Not to say that we don’t love this video.. We’re just wondering how the hell these guys are old enough to get a rental van now, haha. It’s also clear these guys are the future of BMX as well. Either way, this BMX video is over 9 minutes of pure GOLD from the trip. It’s broken down into sections with Ethan up first, followed by Matt and then wrapped up with Justin. This is a MUST See video for sure..

“A few weeks ago, Fit youngbloods Justin Spriet, Matt Nordstrom and Ethan Corriere, along with filmer/editor Francis Castro, commandeered the new 15-passenger van, christened it the Fiteen and motored north to San Francisco.

A few days in the ‘City by the Bay’ later, the boys had amassed this montage of radness we’re delighted to share with you today. SF-it. Enjoy.

Filmed/Edited by: Francis Castro
Music:
“Blue Suede” by Vince Staples
“Eskimo Blue Day” by Jefferson Airplane
“You Are Gone” by The Delfonics”

END_OF_DOCUMENT_TOKEN_TO_BE_REPLACED

It was announced that Flybikes is now available through Tip Plus Distribution last week. Now today they dropped this MUST SEE new Devon Smillie edit absolutely crushing some parks out in Southern California to welcome Tip to the Flybikes family! Hit that play button now!

Filmed and edited by Francis Castro