The Banned crew have uploaded the Rickey Bates and Gary Dimartine Sections from “Banned 5” online.

The Banned crew have just released Rickey Bates and Gary Dimartine‘s footage from the “Banned 5” video online. BMX lost both of these guys back in 2011 and it still seems unreal. This is the last of footage from both of these guys and it’s a good reminder of just how amazing these guys were on and off their bikes. Hit play and enjoy. Rest In Peace, Rickey and Gary. BMX misses you.

“On September 20th 2011, We lost our leader Rickey Bates, and newest soldier, Gary Dimartine, in a car crash. This is their last footage ever filmed that has not been seen. We will always remember you two, and keeping riding for you guys! BANNED IN PEACE”

It looks like the Banned crew have started uploading sections form the Banned 4 Life video. Check out the intro along with Gart Dimartine and Tom Molyneux’s section in this first part. So damn good. Rest in Peace, Gary.

The new Banned video is on it’s way. Trey Jones took on the responsibility of filming and editing to keep things going and it looks like Revenge on Society will be wild.

Rest in Peace Rickey and Gary. 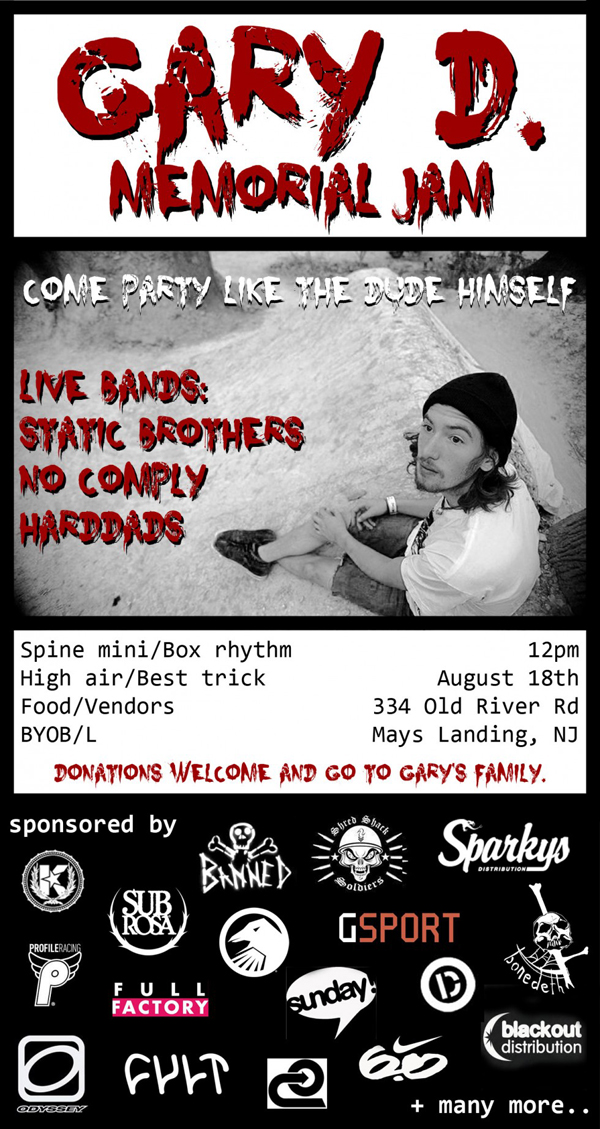 There’s a memorial jam for Gary Dimartine who tragically passed away in a car accident last year. The jam is on August 18th in Mays Landing, New Jersey. I spotted on TCU that the money raised for this goes to the Gary D Memorial fund that helps pay for kids to go to Woodward Camp for a week. That’s rad. Make sure you are there for this if you are in the area!

There’s a saying that goes “only the good ones die young” and this couldn’t be more true. Tuesday night, while driving through Arizona, Banned‘s own Rickey Bates and Gary Dimartine lost their lives in a car accident. This is a very sad day in BMX since both guys were amazing people and very talented riders. They will be missed by many. I’m still in shock by the news… Rest in Peace. #Banned.