Stolen dropped their weekly round of Stolen Saturdayz online for your viewing pleasure. This time around we get a few clips from Jackson Ratima and Nick Black getting down on spots out in California! Take a peek… Real short and sweet!

“Jackson out riding his new “HighJack” frame around SF and BCN with Bob Randel behind the lens. Jacksons signature Stolen frame is available now at BMX retailers around the globe.”

The Highjack frame is available in translucent black and translucent turquoise for colors, top tube lengths of 20.75″ and 21.25″, weighs in at 4 lbs. 10.4 oz. and comes with a price tag of $309.99 through BMX shops and mail-orders that carry Stolen Bikes worldwide now! 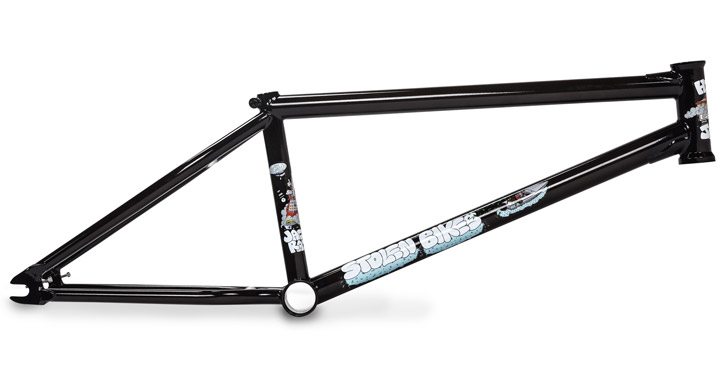 Here’s a fresh BMX video from the Bay Game crew out in San Francisco! This is packed full of street gold with plenty of dialed riding and spots, along with a bunch of random clips they collected along the way.

“Today we are excited to bring a mixtape from BayGame courtesy of Bob Randel and Jackson Ratima. Bob, Jack, and the rest of the crew have been busy working on the upcoming Percept DVD, but in the meantime they stacked over 8 minutes of raw street filmed entirely in the San Francisco Bay Area. SF is one of the most recognizable cities in the world, you instantly know when you are watching a clip filmed in the Bay and it’s riders are equally as identifiable.

Filmed and edited by Bob Randel

There’s a constant flow of BMX videos coming out of Barcelona and that’s not a bad thing. Riders from all over the world are constantly popping in and out of the city, putting the spots to good use in their own unique way. Here’s a fresh batch of clips from a well rounded mix of street and park guys who throw down on everything they came across. Check it!

END_OF_DOCUMENT_TOKEN_TO_BE_REPLACED

Curious what Jackson Ratima is running for a setup these days? Here’s a fresh video Bike Check giving you a closer look at his current Stolen Bikes setup decked out with Stolen and Primo parts, plus some bonus riding clips for good measure! Looks like a dialed BMX bike to us!

“Take an up-close look at Stolen pro Jackson Ratima’s personal ride and watch him get down on some street spots around Barcelona.
Credit: Fernando Gomarín Olaiz”

END_OF_DOCUMENT_TOKEN_TO_BE_REPLACED

A little while back, the Stolen Bike Co. team made their way to Salt Lake City, Utah to see just what the place had to offer up for spots for the crew. Check out this dialed BMX video they came back with that is packed full of gold. So many good spots in this and the crew crushed it. Take a look!