The ThankYou crew coming through with a fresh video featuring Jared Duncan getting down on the streets of Murrieta, California for your viewing pleasure. Jared puts his pegs and freecoaster to good use for this one and we also get a few guest clips from Justin Spriet and a few others. Bonus points for the Bee Gees tune for this one, too.

Filmed and edited by Aaron Lacey

Sunday Bikes new “Grow Up” DVD is available for digital download or as a DVD starting… NOW! Hit play to check out the trailer to give you an idea of just what you’re getting yourself into! So far we have heard nothing but amazing things about the video, so this is definitely one we’re confident in saying you won’t be disappointed with!

“Sunday’s new full-length video GROW UP is available now at sundaybikes.com/growup. Starring Mark Burnett, Chris Childs, Erik Elstran, Aaron Ross, Jake Seeley, Brett Silva, Gary Young, Julian Arteaga, Jared Duncan, and Alec Siemon, these guys gave this thing their all for two years, and every one of them came through with a killer part. Grow Up is 45 minutes of groundbreaking BMX and costs $5 for digital download or $10 on DVD with over an hour of unseen bonus material.” 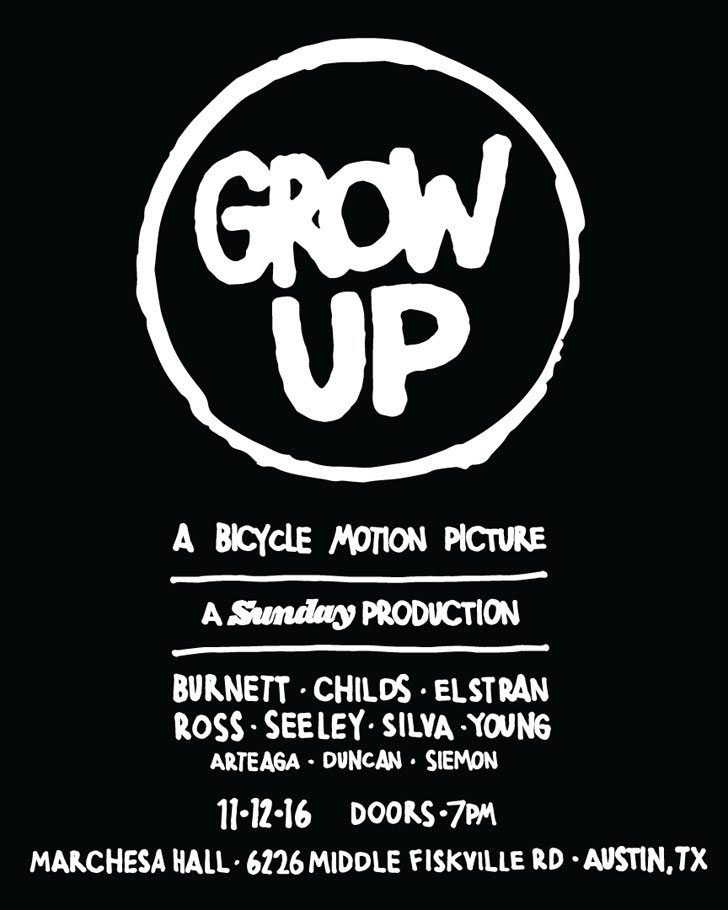 The Sunday Bikes “Grow Up” DVD is complete and will be premiering on November 12th in Austin, Texas at the Marchesa Hall. Prior to that, there will be a team autograph signing at Empire BMX. The “Grow Up” DVD features Mark Burnett, Chris Childs, Erik Elstran, Aaron Ross, Jake Seeley, Brett Silva, Gary Young, Julian Arteaga, Jared Duncan and Alec Siemon and should be nothing short of awesome. Get ready! 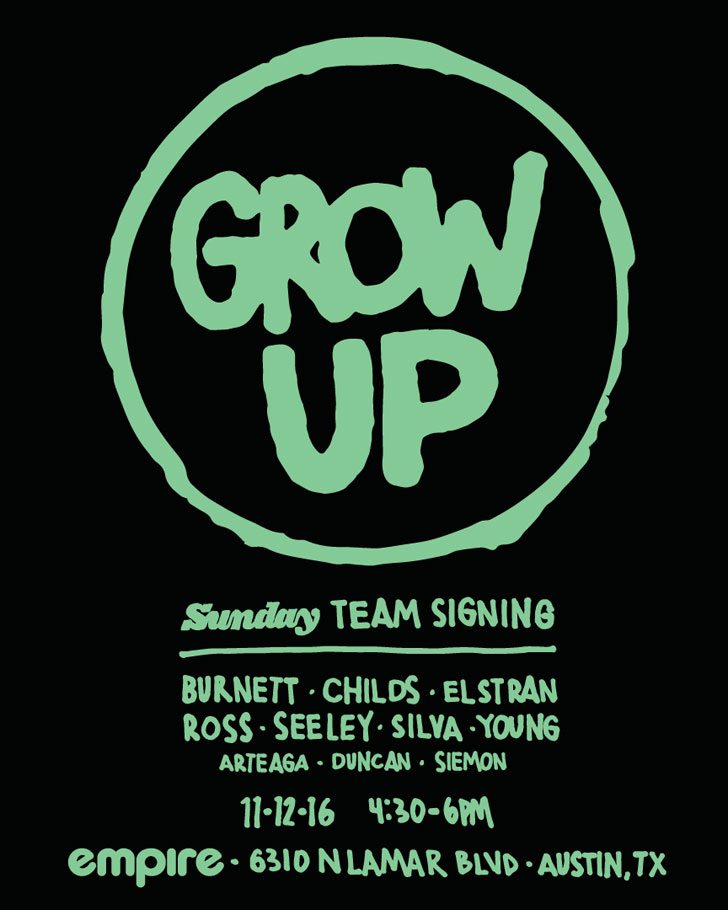 Sunday Bikes caught up with their connect, Jared Duncan to take a closer look at his current Broadcaster setup that he’s running decked out top to bottom in Sunday Bikes and Odyssey parts. This bike has some wear and tear, but overall it’s looking like a real dialed BMX bike. We’re loving that translucent green color, too. You can get a look at the full parts list below…

END_OF_DOCUMENT_TOKEN_TO_BE_REPLACED

If you have been paying attention to the BMX videos coming out of the Southern California area lately, you might have noticed a ton of “Thank You” shirts and stickers popping up. Well, today we get a look at the crew’s first full mixtape that is packed full of heat for your viewing pleasure! This features full sections from Beau Harmon, Justin Spriet, Joel Bush, Jacob Bush, and Jared Duncan, to go along with a bunch of footage from other riders that tagged a few clips for the video as well. This is packed full of heat, good times and laughs from start to finish. Hit play, kick back and enjoy!

END_OF_DOCUMENT_TOKEN_TO_BE_REPLACED

It seems like every day there is a new rider popping up that you gotta keep an eye on. Today, Sunday Bikes released a new BMX video welcoming Jared Duncan to their flow team. There’s a good chance you haven’t heard of Jared before this, but after you watch this… You’re going to want to get real familiar because we have a feeling we’ll be seeing plenty more of him in the future. Check out this video and see why!

“Julian Arteaga pretty much single-handedly convinced me to add @jareddunncan to the Sunday flow team, and from what I’ve seen so far it was a great move. Here’s what Julian has to say about his friend and new teammate ” – Walter Pieringer

“I’m so stoked that Jared Duncan is now a part of the Sunday family. This kid brings nothing but laughs, good times, and stunts performed in your local Walmart. With one hell of a smooth style and some wizardry you know he will fit in with the Sunday team perfectly. Make sure to keep those eyes on him as I’m sure he will be shining in the near future. Hyped for you my dude!” – Julian Artega

“I met Jared through Justin Spriet and the rest of the @THANKYOUAF crew. He was a hilarious kid and always great to be around. Eventually we started hanging out on the regular… Needles to say it didn’t take long for me to realize how damn amazing his effortless ambidextrous style really was. Going to work on a video with him only made sense. So we did just that… On behalf of Sunday Bikes I am proud to present to you one of the most bad ass timelines I’ve ever had the honor of filming, ENJOY!” – Francis Castro

END_OF_DOCUMENT_TOKEN_TO_BE_REPLACED

Jordan Reeder and Jared Duncan are both names I don’t yet recognize, but they both have some legit moves! I think my favorite line was the feeble hard to opp feeble hard line. Dialed.