Here’s a fresh mix from Smoked Signals filled with a bunch of real solid riding from some of the sessions going down in Southern California! This one has a pretty laidback vibe, but there’s a ton of gems in this one from start to finish! Take a look.

FILMED AND DIRECTED
by Mario Gorman

The Simple Session “Life Is Just A Ride” documentary is now online! This documentary follows Reed Stark, Madars Apse, and Risto Kalmre with 3 different perspectives on the event from the Pro riders to running the show. Typically during Simple Session we see dozens of videos with most focused on the riding, but this gives more of an in-depth behind the scenes look that is interesting to see. It also gives us a look at the history of the event from its inception to the massive event it has become with riders coming from all over the world to participate. Hit play and take it all in! Hopefully once things start going back to normal, this event can get back on track!

“ONLINE PREMIERE of the Simple Session themed lifestyle documentary by Maria Reinup and crew!
⁣
“Life is Just a Ride” is a documentary that brings the positive mindset of three different characters during Simple Session, one of the biggest and longest-running action sports events in the world, to the big screen. Reed Stark is a world-renowned BMX rider from the United States. Madars Apse is one of the best European skateboarders, whose professional career began at Simple Session. Risto Kalmre is one of the masterminds behind the event that came to life from a pile of dirt 20 years ago in a small Northern European country, Estonia. The movie also features Bam Margera, Darryl Nau and many other well-known people in the scene. “Life is Just a Ride” is a thought-provoking and uplifting movie that works as an antidote to a bad mood, poor weather, or when the ju-ju is just not working for you.

“Life Is Just a Ride” was first screened at the 20th edition of the annual Simple Session last February for a sold out venue of 500 where it received standing/cheering ovations from the fans. It was followed by a successful festival premiere at the Tallinn Black Night’s Film Festival, where the uplifting documentary was well received by the younger audience in the Just Film youth programme.

The Ultimate Shred League threw a Game of BIKE on top of a skyscraper in Los Angeles putting a bunch of riders head to head in a flat ground game of BIKE. This is a look at the first round of games. Up top you can find Chad Kerley VS Dan Kruk, then after the jump you can find Ethan Corriere VS Speedy G, Poor Homie Rich VS Mikey Tyra, Broc Raiford VS Ree Stark, Matt Ray VS Jaume Sintes and Tony Malouf VS Cody High Desert. Check out what went down, between each game. We’re assuming this is like a bracketed thing where the winners will play each other until one rider is crowned the winner. Not much detail with the videos, so we’ll just wait and see!

END_OF_DOCUMENT_TOKEN_TO_BE_REPLACED

Sweets Kendama’s recently sent Reed Stark over to Barcelona, Spain with skater Boo Johnson to spend some time exploring the city and stacking clips for this new edit! As always, Reed delivers with plenty of heat that you won’t want to pass up. This is 7 minutes of goodness, so get on that play button and take it all in.

“We at Sweets Kendamas realized a long time ago that kendama connects worlds. This Japanese skill tool has the power to bring people together regardless of where they came from or what they’re doing now.

We created the Sweets Mob to support the concept that we are one. Reed Stark, a professional BMX rider, and Boo Johnson, a professional skater, traveled to Barcelona, Spain to jam dama and enjoy the BMX and skate Mecca in all its’ glory.

We’re 69% sure Reed Stark has been everywhere more than once. Here’s his latest BSD video from some time he spent exploring spots over in Japan, presumably before COVID shut things down. Hit play to watch Reed, and a handful of others, putting in work on spots galore, taking in the sights and more. Reed crushes it as always with grinds and crazy spot usage. Japan never disappoints with the spots.

“Reed Stark with more travel adventures from his BMX life on the road, this time from a pilgrimage to the land of sushi and kendama – Japan. Proceed to pick your jaw up off the flaw after laying eyes on the stacks of incredible and one-off spots. There’s even some tree hugging in there! Love it. Reed smashes it as always.” – DIG

What happens when you drop Hobie Doan, Denim Cox, Reed Stark, Joris Coulomb, Mark Burnett, Miki Fleck and Brandon Begin in New York for a week of cruising spots? You get no shortage of dialed clips! DIG set these guys up with a place to stay and they went to work! This is a pretty diverse crew that you probably wouldn’t find all in a video together, but that’s what makes this so good. There’s a good mix of tricks and styles, keeping this interesting from start to finish. Not only that, but Ben Norris did a real goo job with the film work.

“We decided to invite seven riders for seven days in Brooklyn, New York – the week after Austin Augie’s inaugural D.O.T.S. jam – and put them all under one roof, along with DIG photographer Wes McGrath and fresh-faced lo-fi Aussie filmer Ben Norris, to see what could happen. Miki Fleck, Reed Stark, Hobie Doan, Joris Coulomb, Brandon Begin, Denim Cox, and Mark Burnett all jumped at the chance to bundle up and get down for the first installment of DIGhouse, the NYC edition

BSD is now distributed by Full Factory Distribution in the United States. BSD’s U.S team riders, Reed Stark and Denim Cox dropped by the warehouse to dial in their bikes and catch a session on the ramps out back! Hit play to check out what both of these guys cooked up for clips during their session!

“BSD’s Reed Stark and Denim Cox stopped by the Full Factory warehouse the other day to freshen up their bikes, play some Kendama, and get a session in on the ramps. Now that Full Factory Distro is home to BSD in the U.S., I’m sure we’ll be seeing more of these two.” 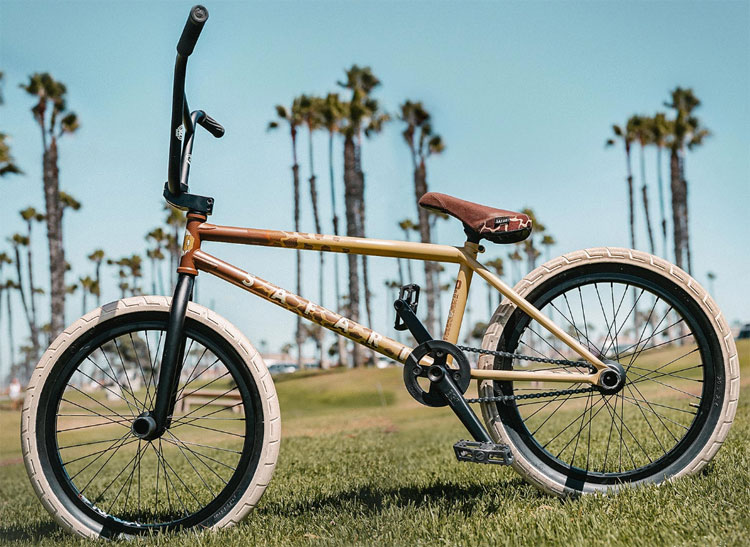 Get a look at Reed Stark‘s brand new BSD Safari setup! Reed is rocking one of the limited edition colorways for the frame that have some giraffe inspired graphics, along with BSD parts from top to bottom. You can check out a full parts list and a whole bunch of photos over on the BSD website now!