Colony coming through with a raw cut of footage from Alex Hiam and Jayden Fuller‘s time in Melbourne.This is all behind the scenes and B-Roll footage, but it’s still loaded with plenty of footage worth checking out! Get on that play button!

“Alex Hiam & Jayden Fuller spent 4 days in Melbourne recently and we filmed this little behind the scenes video during that time. Keeping the main footage for future video projects. Hope you guys enjoy the look into the life on the road.

Colony coming through with some fresh heat from some time Chris Courtenay and Jayden Fuller spent at The Village skatepark down in Australia. As expected from both of these guys, we get some real dialed ramp riding with plenty of tailwhips, flips and more. Check it out!

Colony coming through with a fresh batch of clips from Tim Storey and Jayden Fuller who recently spent some time cruising the Nerang skatepark down in Australia. It looks like this place has plenty of lines and both of these guys had no problem putting their bags of tricks to good use. Check out what went down!

“Tim and Jayden session the Nerang park in Queensland good and proper.

It was announced last week that Colony had surprised Jayden Fuller on his 21st birthday with the news that he had been added to the Colony team. Now, we have a short but riding packed edit that he put together from a few skateparks he has caught since the news broke. Expect to see plenty more of Jayden in the future! Until then, enjoy this one!

Jayden Fuller has just turned 21 and scored a spot on the team over at COLONY bmx. We had a few clips sitting around that we have stacked over the last month of Jayden and decided to throw them together for a quick 1:00 micro edit to celebrate both his 21st birthday and scoring a spot on team COLONY

END_OF_DOCUMENT_TOKEN_TO_BE_REPLACED 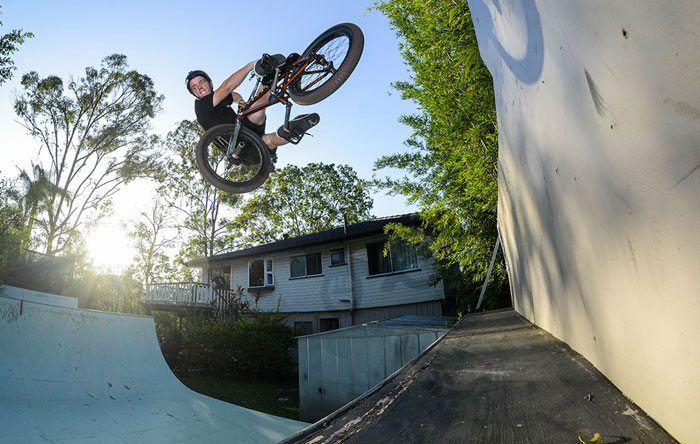 It has been a good week for Jayden Fuller. The other day he had a new edit drop ( Jayden Fuller 2016 Video ) that was really good, and now it looks like he’s officially on the Colony BMX team. Below are a few words to bring the news! Expect to see plenty more of Jayden in the future.

“I am very stoked to welcome Jayden Fuller or “jdogg” as most of us know him affectionately as, to the team.

Jayden has been hanging out with us all for a few years now. He’s come along on a few team trips here & there as well. He is someone who is just so stoked on BMX & always has a smile on his face. Excatly what we’re all about. Have fun – ride bikes.

It just made sense to have him officially on the team. What better way to welcome him to the team on his 21st birthday hey?

Here’s a fresh BMX video we had sitting in the inbox this morning featuring Jayden Fuller absolutely CRUSHING it at a few skateparks down in Australia. Jayden has a full bag of tricks from flips to whips, stretched no handers and more that he links together into some wild combos with plenty of style. This is definitely a BMX video you’ll want to check out if you’re looking for some dialed ramp riding.

“It’s always a pleasure filming with Jayden and we’re always stoked on what we end up with. This time was no different and I think it’s probably the best edit we’ve worked on together so far!
Check out the clips we got at a bunch of different parks around Brisbane and enjoy!” – Paul Gerlich
END_OF_DOCUMENT_TOKEN_TO_BE_REPLACED

The Village have been on a tear with the BMX videos lately. Here’s a fresh Clip For Clip featuring Chris Courtenay and Jayden Fuller going back and forth dropping a bunch of clips all over the park. This has technical lip tricks to a bunch of air tricks… This is a real solid watch from start to finish! Take a peek!