If you’re looking for a unique way to paint your ride, this might be the way to go. I’d do everything but the paint splatter at the end, haha.

The guys at Sport Import in Germany put together this rad mixtape of some of the best footage they had from last year featuring Josh Betley, Tobias Wicke, Moritz Nussbaumer, Sergej Geier, Timm Wiegmann, Simon Moratz and many more putting down some damn good riding. Definitely hit the play button on this! 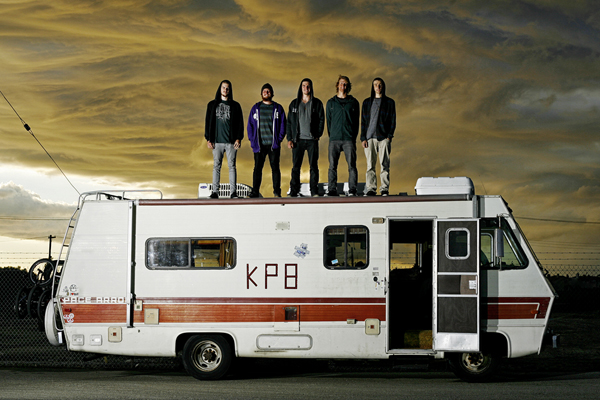 In BMX there is nothing better than getting out there, rounding up a crew and hitting the road. For this week’s column the goal was to inspire you to want to get up, get out and make that happen. I recently got a call from my good friend Josh Betley letting me know that he is on a trip right now with a bunch of German riders including Daniel Tuente, Moritz Nussbaumer, Reto Rominger, and Julian Madrzak. They happened to be cruising around in an RV just traveling and living it up. He wanted to see if I was down to meet up and shoot some stuff with the crew and I couldn’t help but see this as a perfect opportunity to do a little bit of a travel themed column. Some of the best experiences of my life have happened on the road and nothing inspires me to shoot more than when I am on a trip no matter how short or long it may be. There is just something about getting packed up and setting out on an adventure that is so inspiring to me. That’s honestly my favorite part of being a photographer is seeing new places and photographing them along the way. Also you just never know what might happen out there and sometimes having no plan is the best plan you can have. Sit back and get ready to check out what their trip is all about.

END_OF_DOCUMENT_TOKEN_TO_BE_REPLACED

There were a bunch of real good clips from 2012 just waiting to be used… Check it!

Two edits from Puerto Rico in the last two days… This isn’t fair. So much goodness in this one.

What happens when you put two guys like Ryan Nyquist and Josh Betley together on Tony Campos’ backyard ramp? Good things. This looks like it was a fun session.

“Tony has a badass backyard ramp setup in San Francisco and Ryan Nyquist and Josh Betley joined him to shred it. Credit: Vital BMX“

It has been a minute since we’ve seen anything from And Forks. That’s because they were silently testing the hell out of their forks until they were just how they wanted them. They’re finally done and will be hitting distributors, shops and mailorders world wide at the end of December. Until then, enjoy they new video of Josh Betley getting rad and weird in Germany.

“As the Title of the video implies, this is a video of Josh Betley riding in Stuttgart Germany.
Shot in one weekend by Dennis Fischer (Intro / Bonus Vegas clip by Matt Closson), edited by Josh.
Music: Woodpeckers in Space by DJ in The Night”

“If Devon Smillie isn’t one of your favorite riders yet, I’m willing to bet he will be after you watch this new video. Check out an insane amount of technical riding from one session at Fergusson Skatepark in Rialto, California. Seriously insane… Credit: Vital BMX”