It looks like Mat Hoffman is back with another rad painting project. The other day Mat painted his legendary high air photo, and now today we get a loook at a timelapse of him painting the cover of his autobiography book, The Ride Of My Life. By now, we’re sure a ton of you have read the book, and we highly advise you do because it’s a super good read, but I probably should come clean… I did a book report on Mat’s book in all 4 years of high school and possibly once in middle school, haha. I’m pretty sure I actually re-read and re-wrote each book report in the process, so I guess I wasn’t cheating “that much”. Either way, check out the video of Mat doing the painting below. We also included links to buy the book on Amazon if you’re looking to pick up a copy. Well worth it!

Had the pleasure of painting the cover of my autobiography I got to write with the legendary Mark Lewman. This is another one for John Rokos who is on the deck with his bike in the background. #mh_paints DM for commissions. Thanks for your support.

If you haven’t given the book a read, we highly suggest you check it out! You can buy it right here!

Below you can find the actual cover, followed up by Mat’s painting… Looks good to us! 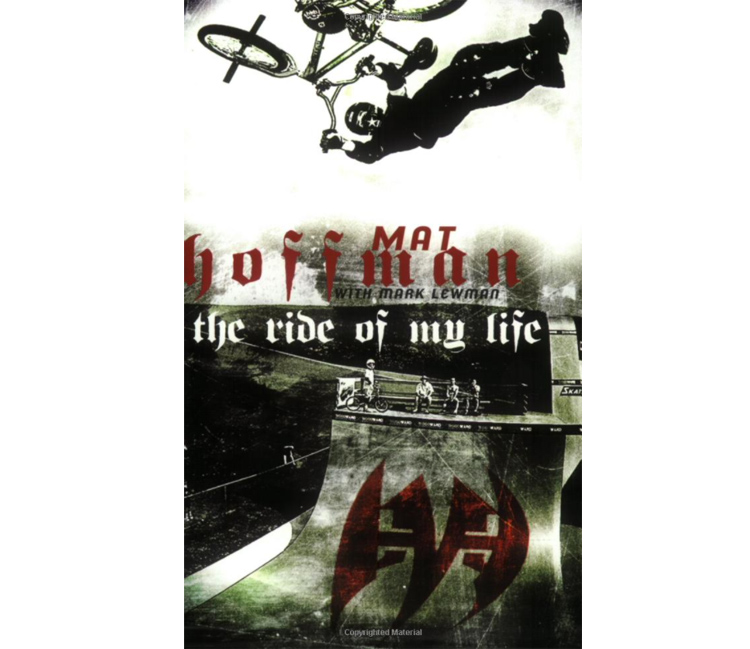 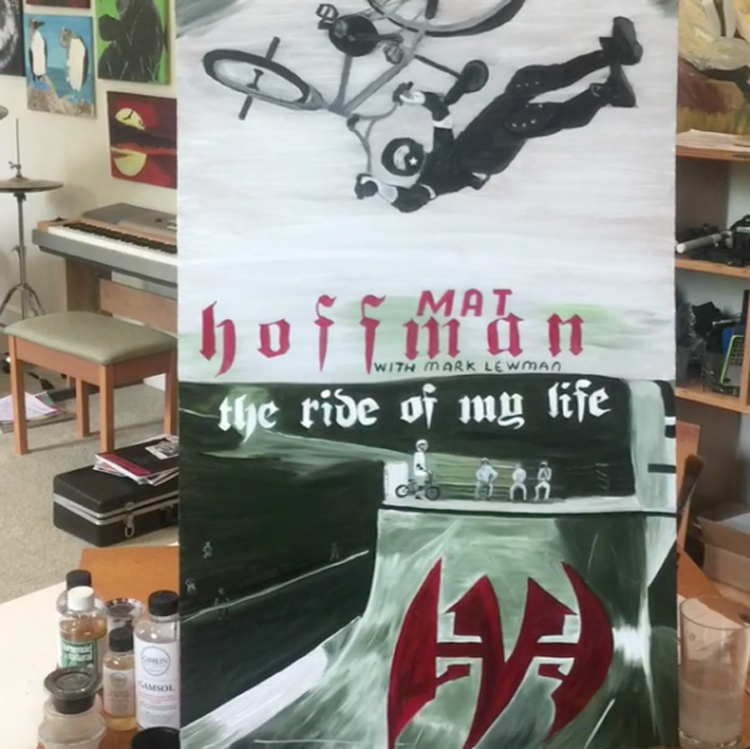 There are a number of photos that might come to mind when you think about photos of BMX, but there’s one that pretty much all of you probably have burned into your mind. The insane photo of Mat Hoffman blasting the huge quaterpipe he built back in 1994 in his quest for the highest air. We have seen this photo countless times, and every time it never fails to blow our mind and keep up staring at it. As many of you know, Mat has taken up painting as a hobby of his the past few years and he’s actually really good. After getting a bunch of requests, he decided to paint the legendary photo of himself. Below you can find a timelapse video of him piecing this amazing painting together, making it looks damn close to the original photo. Take a peek!

Think that air is crazy, watch Mat set the high air record back in 2015!

I've been asked many times to paint this photo @marklosey took of me on my big ramp in 94. I finally took it on for John Rokos. Whew. That took patients. #paintingandhealing #mh_paints DM for commissions. Thanks for your support.

Here’s a photo of the final painting… 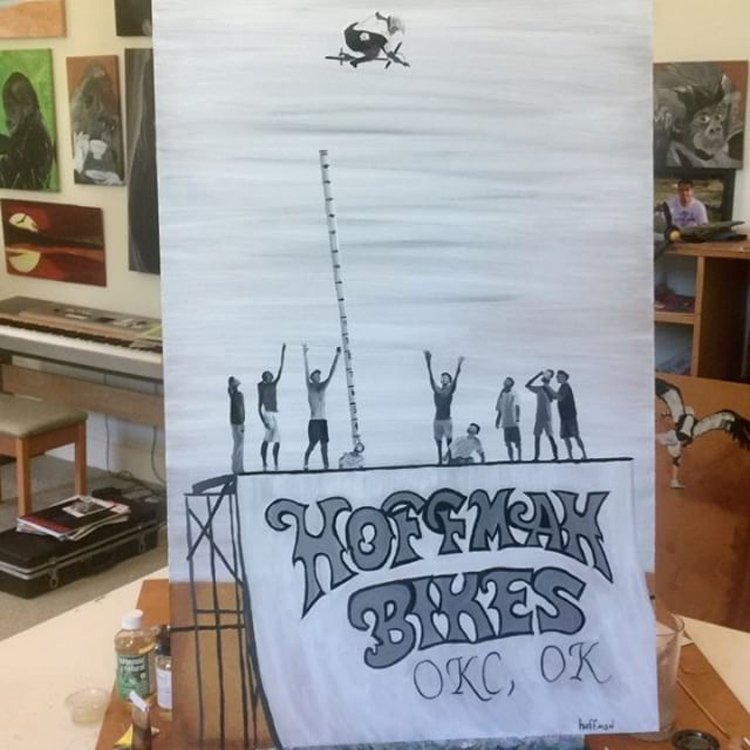 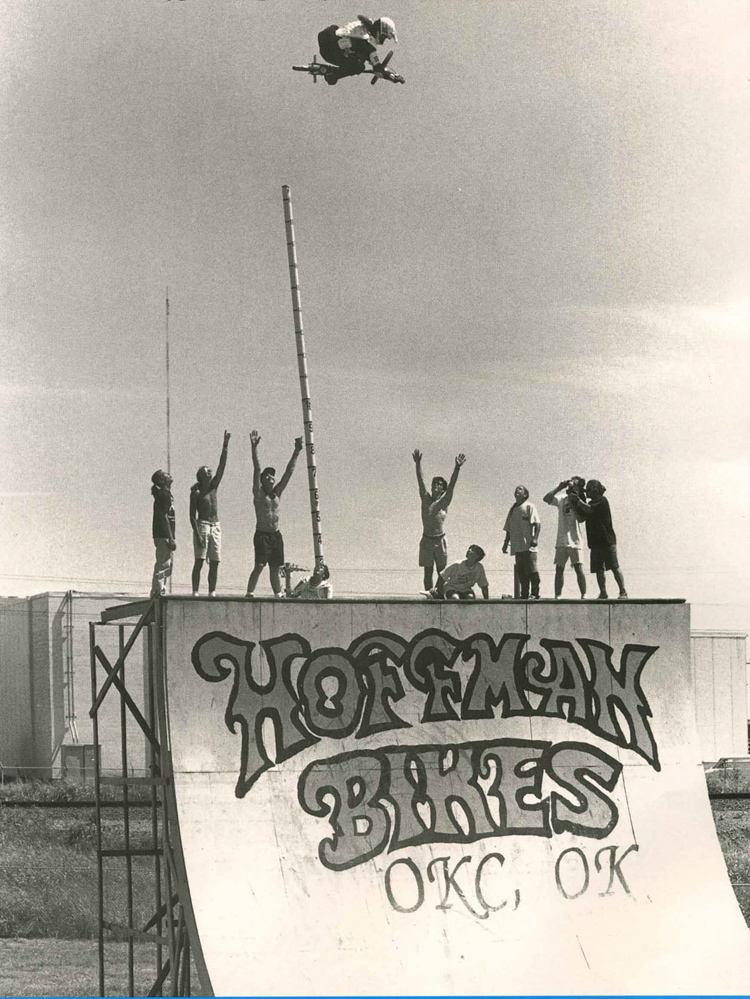 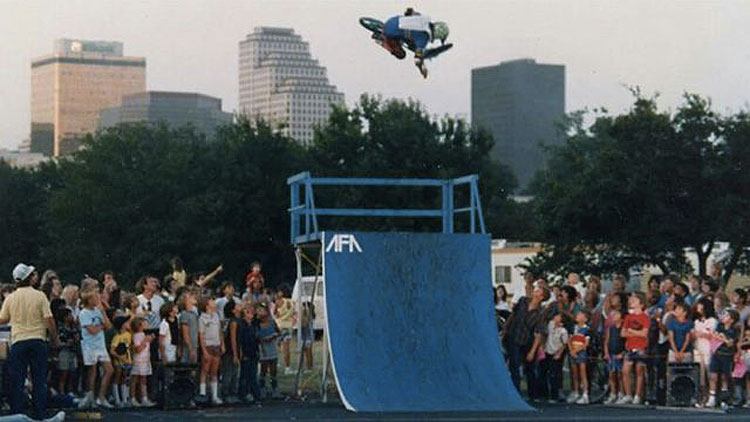 The crew over at Snakebite coming through with another rad interview for you to check out. This time around Lee Sultemeier caught up with the one and only Mat Hoffman to talk about everything from his favorite bands and beer to grinding the first rail, Hoffman Bikes beginning and future, hucking backflips over doubles for the first time and more! You can check out the full interview on the Snaktebite website — Getting Loose with Lee – The Mat Hoffman Interview

Brant Moore keeping his serious of drawing Pro riders going. This time around he decided to draw Mat Hoffman! Since we know Mat has been big into painting and art lately, we have a feeling he will be stoked on this one. Hit play to watch Brant draw this from start to finish! If you are digging these videos, you can also watch Brant draw Dave Mirra and this video of him Drawing Scotty Cranmer.

If you’d like a print of this drawing, send me an email for more info.
Brant_Moore@yahoo.com”

Dennis McCoy is the greatest overall influential rider in the sport/lifestyle/culture of BMX. He turns 50 today. He keeps getting more rad with age! It's amazing… Friend (for 30+ yrs) Mentor, Legend. Thanks for your eternal stoke @bmxdmc. music from #biohazard

What were you doing 50 years ago? It’s safe to say the majority of you reading this right now weren’t in existence and probably wouldn’t be for a number of years. On this day 50 years ago Dennis McCoy was born and it started a road to a very long, very amazing BMX career that is still chugging along! Mat Hoffman put together this rad little video to say Happy Birthday with footage that spans most of his career and even a few before he ever started his Pro career. Hit play and enjoy! Happy Birthday, DMC!

We’re not sure how many times Mat Hoffman has been told he will never ride a bike again in his lifetime, but so far those doctors have been wrong and we’re more than stoked on that. Mat just dropped a compilation of footage he collected from some of his backyard ramp sessions that he has been getting in this year, along with a few random clips from Woodward’s Mega Ramp and a few other ramps. This video is loaded up with a TON of different trick combos (Not to mention a bunch Mat invented over the years) with helmet cam and second angles mixed in. We got some good laughs out of the commentary, too… Mat literally calls himself out on a few of the tricks mid-air. This kicks a lot of ass, so hit play and check it out!

The Hoffman Bikes crew keeping their DIY Jam series going strong. Here’s what went down during the stop at Al’s Bicycles from the long jump and longest skid and more! Hit that play button and take a look at what went down!