Michael Jordan recently made a trip from the U.K on over to the U.S to spend some time checking out the sights, cruising skateparks and trails spots all along the way around California and Arizona. Here’s a look at just what he got into the trip from what appears to be multiple cameras, and but mostly a phone and GoPro. As you can imagine, Jordan, and a few others ended up with some damn good clips. Take a look!

END_OF_DOCUMENT_TOKEN_TO_BE_REPLACED

It looks like Michael Jordan is no longer doing it for Volume Bikes, since this is his official welcome to the Verde team through Snap Distribution. Michael brings his style to a few different skateparks and trails spots where he blasts to the moon and back while stacking clips along the way. Check it!

END_OF_DOCUMENT_TOKEN_TO_BE_REPLACED

Ah, the edit I’ve been waiting for all week! Check out this welcome edit for Volume and Demolition‘s newest connect in the U.K through Elephant Distribution, Michael Jordan! This is DAMN GOOD and one you won’t want to miss!

“It’s with the utmost pride and excitement that we welcome Michael Jordan to both the Volume Bikes and Demolition Parts teams. Here at Elephant we have some big plans and a lot of work to do for 2014. And with MJ on board we know it’s gonna be a weird, loud and funny ride!! Welcome aboard MJ. – Steve Bancroft (Elephant Distribution)
Filmed & Edited by Sam Barrow
Music:
Saxon- “Wheels of Steel/ Strong Arm of the Law”“ 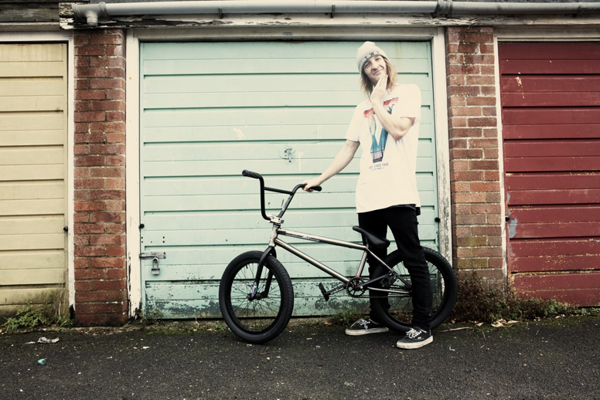 Head over to the Volume Bikes website to take a closer look at the setup of their newest U.K recruit, Michael Jordan! She’s one dialed looking unit!

It looks like the Volume Bikes and Demolition team over in the U.K just keeps getting better. Here’s a quick teaser for the full welcome edit for Michael Jordan (Not that one…) that will be dropping Friday. I can only imagine this will be one you won’t want to miss!

“Proud to announce Michael Jordan as our 2nd addition the new UK Demolition team. Michael went in hard for his Welcome Edit which will be dropping on Friday and above we have a quick teaser of what’s to come. Check back on Friday for the full edit!
Filmed & Edited by Sam Barrow“

Apparently if your name is Michael Jordan, you are really good and shit. This new Amity Bike Co. edit featuring their Michael Jordan is loaded with goodness. Take a look!

“MJ has been putting in some work these past few weeks and has collected enough footage for this early 2013 edit.
Mike is an extremely talented rider, he tries to be as creative as possible and constantly has a smile on his face.
For those that know MJ he is an absolute treat to be around and constantly has the group in stitches, from his sarcastic rude boy humour to practically dancing about.
Check it out and share about
filmed by Sam Barrow”

Crucial BMX Shop dropped this fresh one of Michael Jordan and Tyler Hardy putting down some awesome riding at their local park. Check it!

“The boys put some work in on a rather dreary looking Sunday at their local. Ty had me shouting at the screen when he ends a sick line with the nollie bars and MJ goes in hard on the volcano…So much style from the both of them.
Filmed and Edited by Sam Wise“

“Filmed over a few sessions early winter before the weather got too bad. Cam Hardy and Michael jordan kill it and get some good clips in the bag. These guys really feed of each other and always have a good time. Check it out

Filmed and edited by Sam Barrow